I've put this off way too long, but I did want to blog about it!  I was really proud and happy with how all the various decorations and touches that I put on Logan's birthday party, turned out!  :)  So, this will mostly be a photo post, to capture the party itself!

Logan had a fantastic time, but who wouldn't?!?  He was the center of attention of 12 boys and girls (plus a baby) for a few hours that day.

It was a bit overwhelming (for me) at times.  Still, I couldn't help wondering if these parties will be easier to throw once we get to that stage where parents just drop off the kids and they stay for a sleepover on their own or whatever.  Because, in addition to setting up and making sure everyone was busy with games or whatever, I also spent most of my time meeting new parents (of his new school friends) and catching up with old friends.  It was nice but also exhausting,  and I felt bad that I didn't spend enough quality time with anyone in particular because I was fulfilling my hostess duties, flitting here and there.

But, I'm REALLY glad we did it!  We have a few new parents we now know and we've already gotten together with one of Logan's school friends over the break, which was a nice change of pace for me and him, I think!


It's a Despicable Me Minion Party! 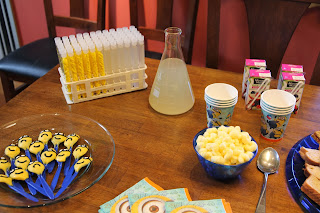 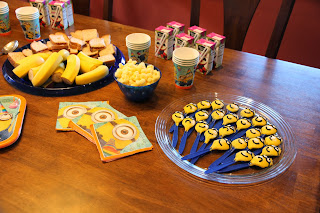 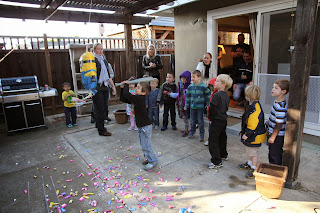 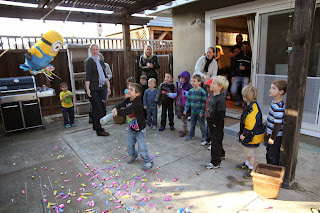 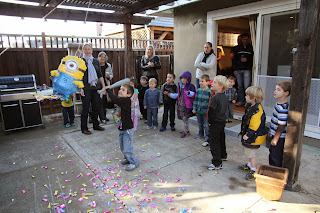 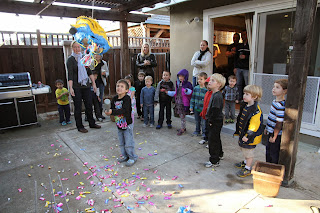 As you can probably tell, I had a really fun time coming up with all the ideas and then pulling it all together.  :)  I'm stamping this one a success!