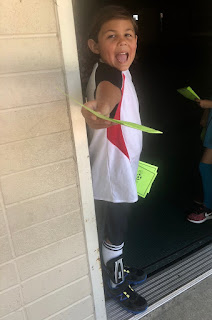 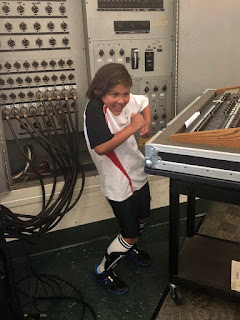 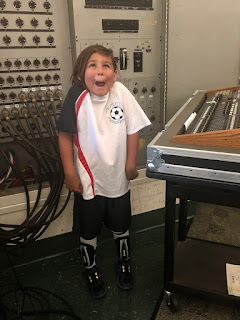 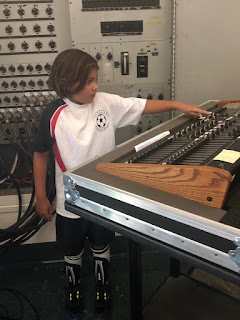 Today was Callum's turn at the stage! His class performed a musical called "Goal" and they did a really impressive job!

Callum was all over the place with his many roles - first at the door, welcoming parents and passing out programs, then at the back of the auditorium controlling the lights to light up the stage (!!), then onstage playing the role of "Michael", an enthusiastic soccer player and then later as "Whiney Kid #3", a - you guessed it - whiney team player! ;-)

He did great, and so did everyone else! What a fun afternoon.
Posted by Mama Bree at 2:40 PM