Logan made a book!

Logan decided earlier this week to make a book on his own.  I'm not sure why exactly but I think because they're learning all about books (the structure, they have front covers, back covers, authors' names, etc.) and are now visiting the school library once a week, that he's taken a special interest.

So, he asked me to help him assemble it and write his story (but the story is all his).  He then gave it to his teacher yesterday as a gift - she was very pleased, and he was very proud.

I stole pics of each page after he went to bed so I could memorialize it here.  ;-)

Front cover - unassisted by me.

He kept repeating "Punto! Punto!" as he was drawing (I was in the other room and thought he was saying something else, about to get pissed at some older kids already teaching him bad words, so I had to get him to clarify for me what he was talking about).  ;-)  As it turns out, he was referring to the period he drew after his name, which he says his teacher insists on (and, if you look at his homework, she is constantly circling a missing punto at the end of each of his sentences.  hahahahahaa!!). 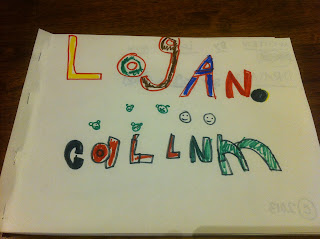 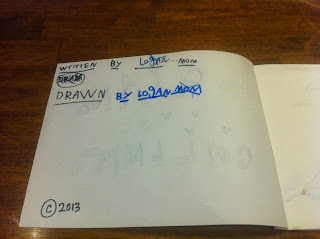 Monster of Doom.
No more seaweed.
No Way!  This is Dangerous! 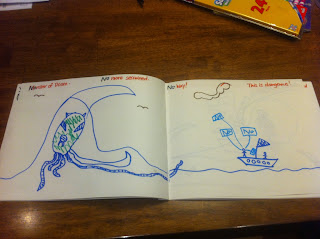 I'm not scared of monsters.  They are just chambered in Doom. 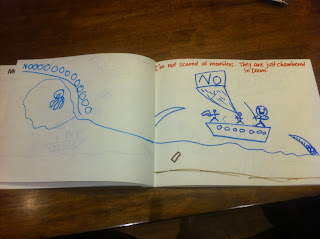 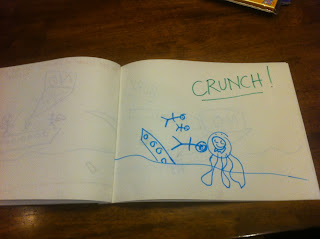 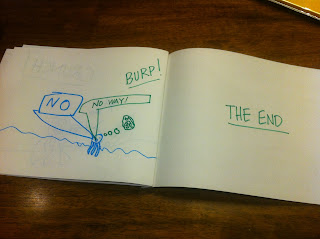 I love it! He's a natural storyteller.