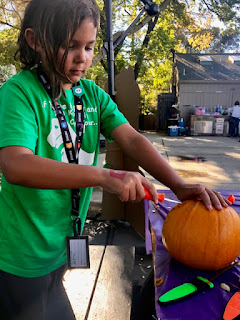 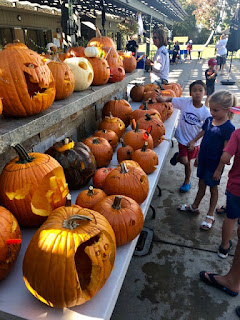 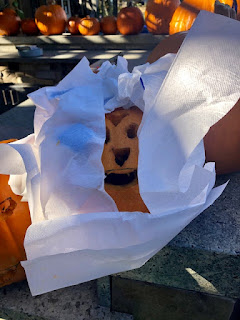 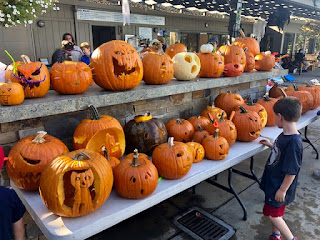 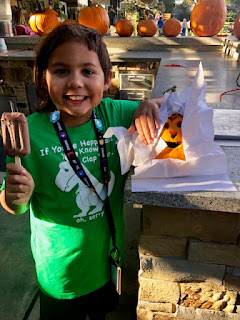 This afternoon I hustled the boys out of the house, down to Safeway, to buy a couple of pumpkins for the pumpkin carving activity at our neighborhood Rec Center. But, we didn't like the selection, so we then raced over to the pumpkin patch and quickly picked out a couple of small pumpkins that they liked.

Then, we headed back to the neighborhood, where Callum started furiously carving away (we were very late - the carving started at 2pm, we showed up at 3:30pm and they announced there was 15 minutes left before judging! I had forgotten they were also holding a pumpkin carving contest and when Callum heard that he was all about getting in on the action!). :)

He was stressed as they kept calling the countdown out and yelling at me and Logan to stop talking (we were trying to help him with a few good ideas). But our little artist had a vision and was determined to see it through.

Behold his final work of art - The Mummy Pumpkin.

And, proudly won the "Most Original" prize of the group!! Yay Callum!!
Posted by Mama Bree at 4:22 PM