Logan’s school held a fantastic winter service project for his entire grade today, to close out the school year before their long holiday break.

Rise Against Hunger is an international hunger relief organization that distributes food to hungry children and families around the world. They took over the school’s gym to create massive assembly lines for the kids to package dehydrated meals made of rice, soy, vegetables, and packets with many vitamins and minerals! So cool.

The 5th grade class met their goal of making 7,500 meals (in just one hour!) - most of today’s meals will head to hungry kids in Asia, we’re told. The other (4) grades in his school worked on a different day, and made roughly 25,000 meals!!

Logan isn’t usually into the various events that the school and PTA sponsor. But this was one he not only had a big interest in, but had a lot of fun doing too!! I, along with several other parents, helped set up the space and monitor the tables, but the kids were the ones who did all the packaging!!

Music was blaring, kids were chatting while working, every time we boxed up another 1,000 meals we'd ring a big gong - to which the kids would cheer in excitement. They were on fire - it was such an amazing experience to be a part of and witness. What a contribution these kids, and our school, have made. 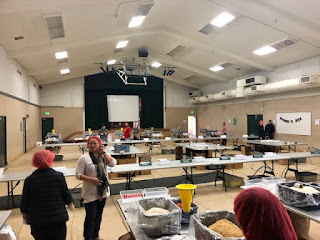 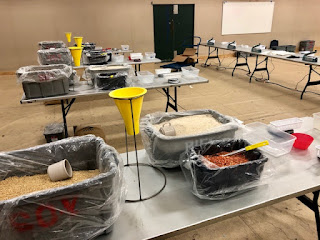 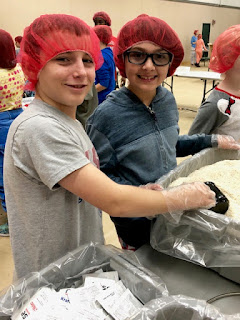 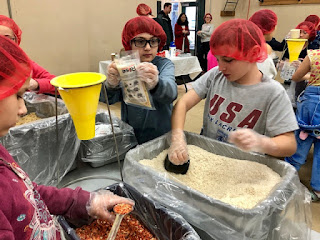 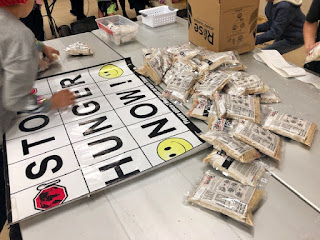 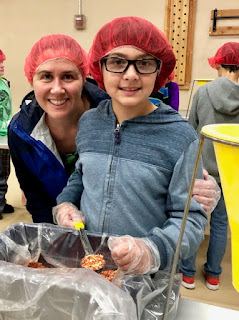