A day of gaming! 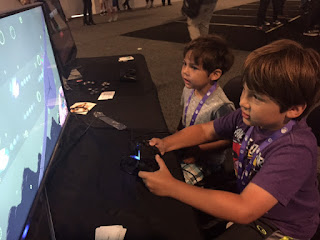 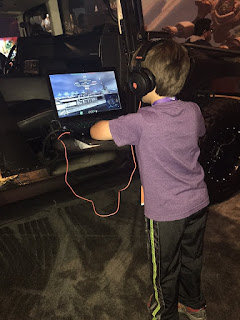 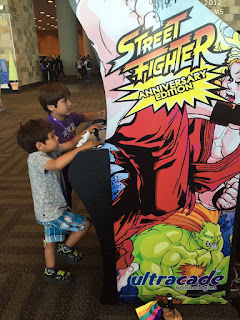 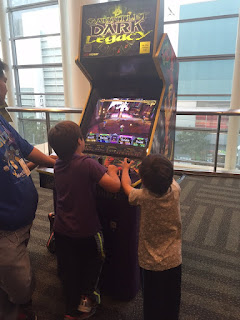 We wandered all over the exhibit hall in the morning to check out new games coming out or watch others play.

This first pic was one of their favorites. It was a very simple game, so perfect for Logan and Callum to play. And they caught on pretty quick. Some young teens came up to watch them play and commented to me, they're playing better than we did! I guess gaming is in their genes?!

The next pic is of Logan trying out a game called World of Warships, which he really liked. He was VERY serious and in deep concentration playing that game!

The last two pics are from the arcade alley. I tried to get the boys to play Tetris with me (my favorite!) but neither of them liked it and said it was too hard to play. :(

Instead, they had a blast with Street Fighter, and then later in the evening (after we left mid day, for lunch and a break back at the hotel, since the boys had hit their breaking point and were falling apart), another oldie called Gauntlet.