The end of a great first TwitchCon 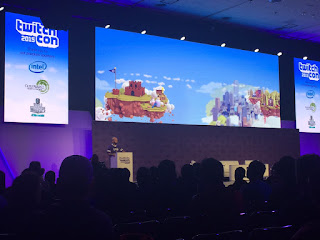 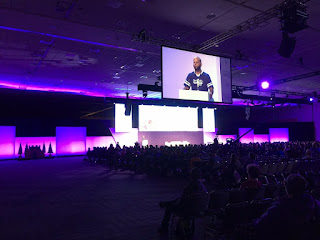 We stayed for the Twitch Hall of Fame ceremony at the end of the evening tonight, where Jon was one of the award presenters.

Callum wanted to know, when he becomes a Daddy, if he has to go up on the stage like that.

I asked him if he wanted to?

And he adamantly said, NO.

We'll see if he changes his tune after a few years. ;-)

The boys had a really fun time. Logan asked me if Twitch would have another TwitchCon next year and I told him I thought they would. He then asked if we could go again next year and I said, I bet we can.
Posted by Mama Bree at 9:20 PM