Halloween is upon us! 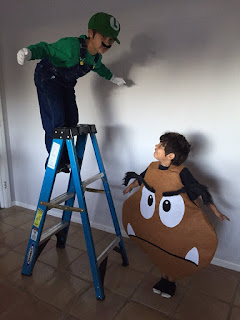 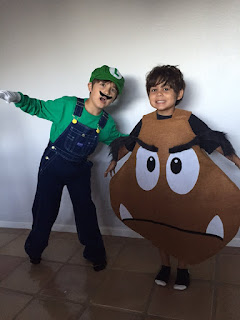 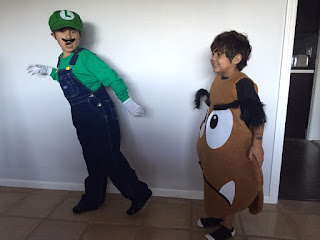 We had an unexpected ER trip yesterday when Callum spiked a fever at dark o'thirty. :(

Thankfully, his counts are ok, so after some fluids, Tylenol, and antibiotics, we got to go home. He was actually supposed to have his LP yesterday though, so that has been postponed to Monday, assuming he'll be better by then.

But, he spiked another couple of fevers later in the afternoon and had some vomiting, poor guy. It was a long night as he had trouble sleeping due to this incessant cough that's started up.

Today is the school Halloween parade and class parties. It's a big event and I actually signed up to volunteer at both boys' parties - but because Callum is under the weather, I'm keeping him home instead. He was a little sad to miss the parade and party, but he feels so crappy he didn't object too strongly (tells you how bad he's feeling I guess!).

Even though I knew he'd probably miss the parade based on how things were going yesterday, I cranked out his costume last night just to be safe. Since he's not appearing at school, we decided to do a few pics at home together instead.

Logan was all about creating these scenes and acting them out by the way. :) Love my boys.

Happy Halloween to all!
Posted by Mama Bree at 8:38 AM