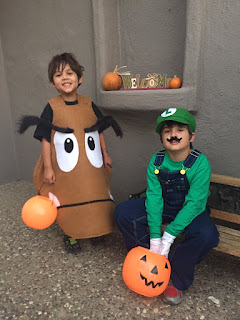 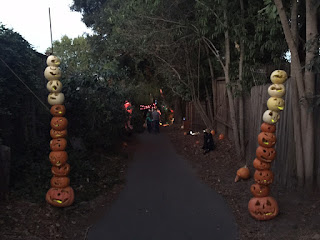 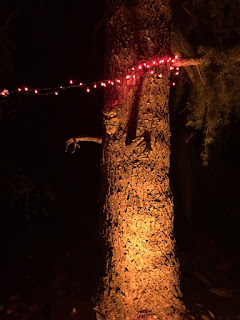 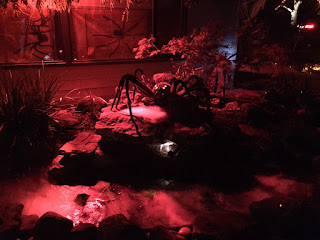 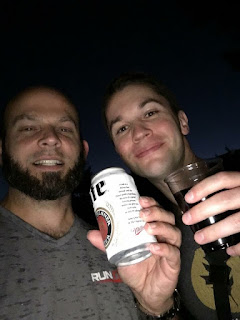 Boy, does our new 'hood know how to party!!

There was somewhere between 500-1000 kids (no joke!) out trick or treating last night, along with a number of house parties for the adults to stop and grab a beer or glass of wine as we walked from house to house.

The community also decorates one of the walking paths up (pretty spooky I might add) as the "Haunted Path". Which is pretty benign and quiet early on the evening (when we first walked down it) but gets darker, spookier, and much scarier (with older teens hiding in bushes ready to freak the living shit out of you) as the night wears on!

I was so glad Callum was feeling better and up for trick or treating. He lost steam an hour or so in, so he and Jon headed back home while Logan and I (and the Cables family who came up to spend the weekend with us) charged on for another hour or so. All the kids had a blast. Callum told me several times throughout the night, that it was "the best Halloween ever!!" which I was really happy to hear (I'd been feeling pretty bad about him having to miss the parade and celebration at school).

Hope everyone else had a safe and Happy Halloween!
Posted by Mama Bree at 11:13 AM