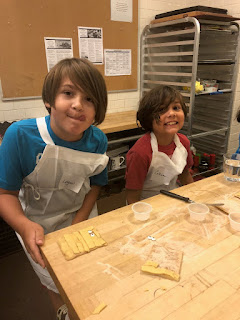 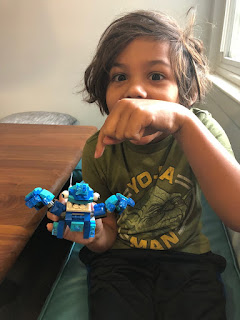 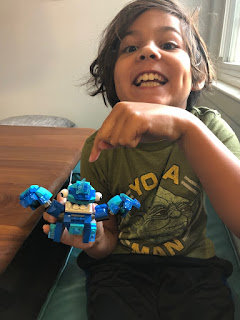 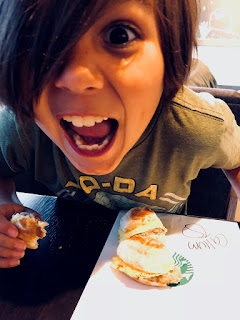 Yesterday morning the boys attended another baking class where they made all sorts of Halloween themed goodies. They had a blast and Jon and I had a nice, relaxing and quiet breakfast on our own. :)

In the afternoon, Callum had a friend over and the two locked themselves in the bedroom playing with their Mixels (a type of Lego) for 2.5 hours straight!

So, he was still in the Mixel making mood and worked on another masterpiece this morning before school (second two pics).

Last pic I've included is of Mr. Personality at his best. Every Monday and Tuesday afternoon, I pick him up from school and we have roughly 20-30 minutes of 1:1 time, almost always hanging out at the nearby Starbucks, before we pick up Logan from his after school class. Today, Callum was in rarer form than usual, dancing and jiggling in his seat, to the tunes the baristas were blaring. It was a good day. :)
Posted by Mama Bree at 10:02 PM