Callum had two birthday parties to attend yesterday. I was pooped just driving him back and forth across the Bay Area, but boy did he have a blast.

The first party was a paintball party and he was SO excited (but also a little nervous), since he had never been before (they did a "junior" version for younger kids where the guns aren't nearly as powerful, which was perfect for these guys). It was a little overwhelming for all of them - but once the kids finally got started, running around like crazy in the field, they all had so much fun!! Callum had a blast, and it gave me some good ideas of future parties to host ourselves.  ;-) 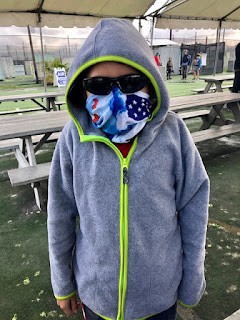 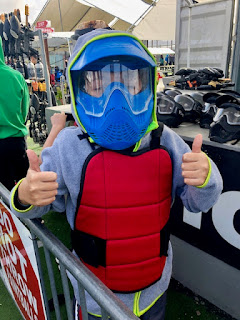 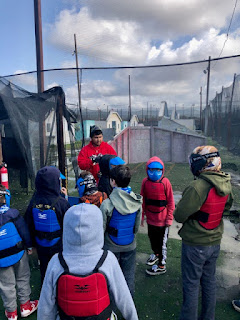 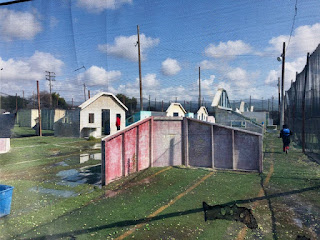 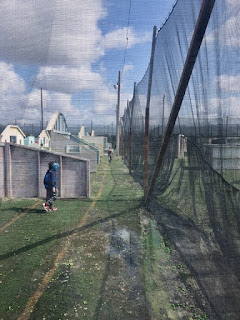