(Catching up on a few blog posts - this one was composed around the "slow week" between Christmas and New Years, but never got off my butt to add pictures to it, until now!)  :)

I was pretty bummed to have to cancel the New Mexico trip - the last time we traveled to NM was pre-Callum, so it's certainly been awhile.  My grandparents aren't getting any younger, and it's harder and harder for them to make any trips out our way.  Logan is also older now, that I think he'd appreciate my Uncle's ranch and horses so much more now.  But more than all of that, my parents and brothers were also traveling out at the same time, so it would have been really fun to visit with everyone together at the same time (not to mention, it would have been easier for Jon and I since the kids could have had some extra distraction from their uncles!)  :)

Ah well, such is life!

So, we had a very quiet but no less fun Christmas at home!  I spent the week or so leading up to Christmas buying last minute odds and ends for the boys, mostly stocking stuffers but a few larger presents too.  I've always enjoyed buying gifts and "playing" the Santa role (growing up I was my brothers' Santa for many years), but doing it for my two boys was (and is) so much more fun and fulfilling for me.  And, because Callum was older this year to understand the concept of unwrapping presents and playing with all sorts of new toys, it felt even more exciting to look forward to.  :) 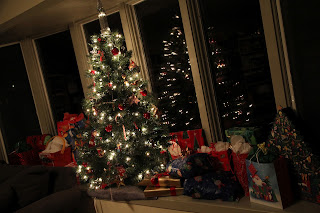 Unfortunately, Logan caught a 24 hour (or maybe 12 hour!) stomach bug on Christmas Eve.  All day and all night, he complained about his stomach and needing to throw up - and finally started a series of vomiting sessions that evening for a few hours.  He seemed to handle it well, but I was worried he was going to be sick and feeling awful through Christmas Day, or worse, through the night.  And then WHO the heck was going to fill the stockings before morning?!  ;-)

So, when it was time to put him to bed, Jon actually laid down with him for some time, while I prepped all the Santa presents and then took a few pictures that night to boot.  :) 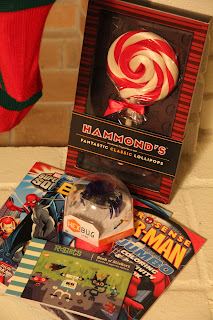 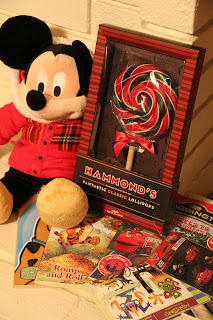 The following morning, our boys both woke up about 7am or so.  Logan was VERY excited - asking us if it was finally Christmas?!?  We said yes but he better check to see if Santa left him anything.  He ran into the living room and called out to us, Santa got us new cars!  Santa got us new cars!

(Santa got both boys a new Cars ornament for the Christmas tree, but I find it hilarious that that was the first thing that caught his eye) 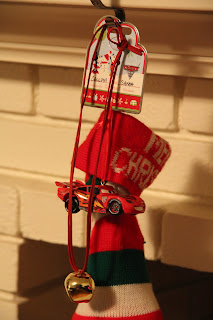 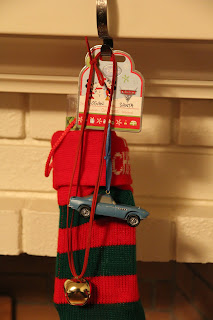 We all got out of bed and piled into the living room, spending the next couple of hours digging into their stockings for all the Santa gifts, and then unwrapping all of the gifts from under the tree.  Logan is able to read both his own and Callum's names, so he was a very proud boy as he got to pick out each gift under the tree and read who the present was for and exclaim to everyone whether it was for him or his brother.  He absolutely loved that responsibility (and it was pretty cute!)  :) 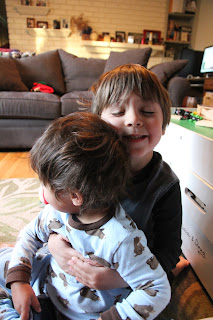 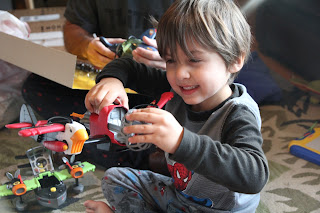 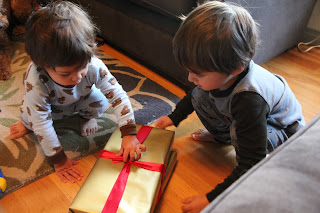 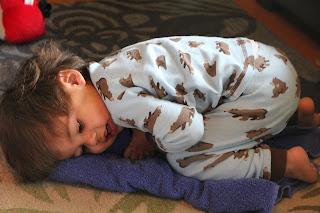 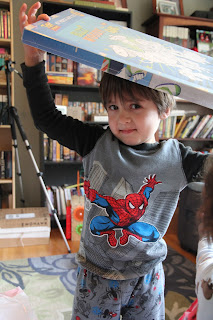 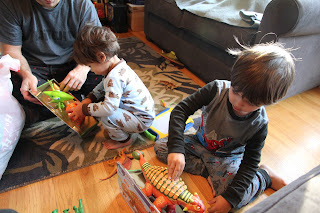 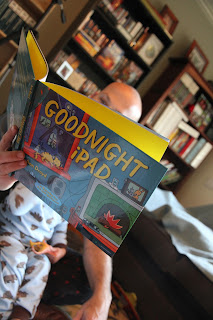 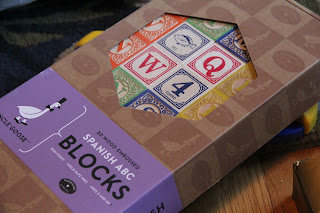 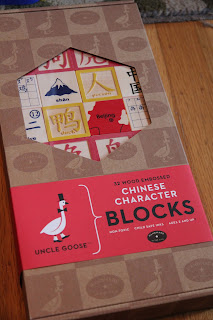 Callum was probably more overwhelmed than anything, with all of the new toys being opened and showered onto the floor every few minutes, but that didn't stop him from immediately finding his favorites and playing with them for the rest of the day/weekend. 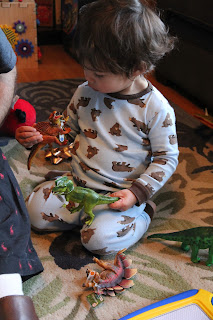 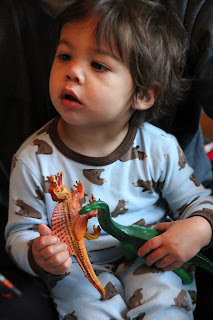 We finished unwrapping presents by about 9:30-10am.  I made some pancakes for breakfast (funny enough, that's what Jon had requested a few days prior so I made sure to have the right ingredients on hand for Christmas morning, only to find one of the gifts from my coworkers was a pancake mix set! so we used that instead for Christmas morning)  :) 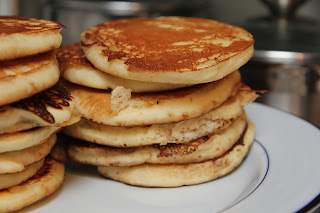 We spent the rest of the day lounging around in our pj's, watching tv/movies and playing with all of the new toys that the boys got.  They had a fantastic time, and so did we.  :) 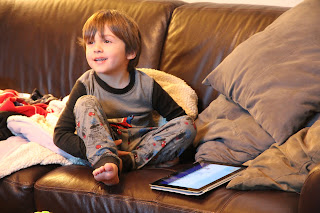 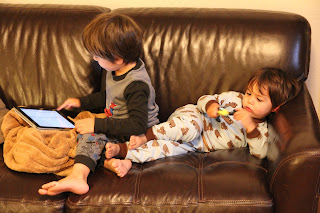 Hope everyone had a beautiful lovely Christmas!!  For pictures from the entire day, see our full album.
Posted by Mama Bree at 4:05 PM