I might as well title this post "15 months old" because, it'll probably be a couple of weeks before I get around to completing and publishing it.

So, Callum turned 14 months old in June.  That's right, last month.  On Father's Day.  The month where said Father was traveling a few weeks of said month.  And, Mom was busy doing working type things, like assessing her team's "ratings" and "rankings" within the organization.  Heavy stuff that is (or contributes to) these peoples' livelihoods.  And then when that was done, Mom also started planning for the next fiscal year because said month was the last month of the current fiscal year (translation: it was a very very very busy last two weeks of June!).

Somewhere in that mess of events, Callum got sick, followed quickly by Logan.  Sick enough to need to stay home from school, and cause poor Mom to desperately call poor Dad who was on one of his business trips and ask him to come home a few hours early to relieve poor Mom from Mom-duty so that Mom could then switch over to Boss-duty (to support and/or defend aforementioned peoples' performance).

On top of the illnesses, Callum decided to go and sprout 5 (or so) new teeth in the span of a week (or so).  Because he wasn't getting on well enough with the four he had, he needed to double them (or so), overnight.  Just like that.

It could be why I totally spaced and forgot to post about Callum turning 14 months.

Any one of those things could be it.

My memory is clouded with all of those events, to tell you, with any ounce of accuracy, exactly what transpired in that last month.

I think Callum grew a little, he started walking a little faster, he ate a little more, he didn't sleep any better, and he became more chatty.

He has become both more clingy and more independent.

I'm pretty sure he's louder and likes to get into more trouble than ever before.

He has certainly graduated onto a temper tantrum master.

Regardless of it all though, he remains deeply devoted to his big brother, mama and dada.  It's his single saving grace.  ;-) 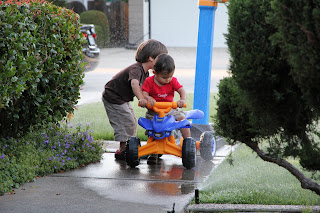 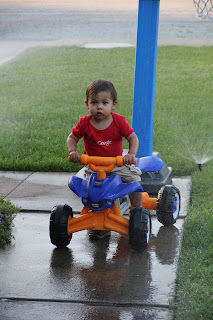 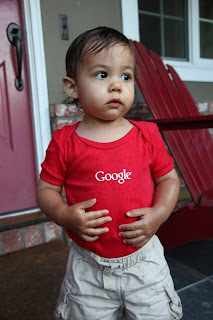 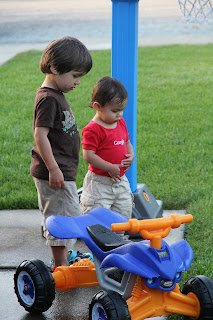 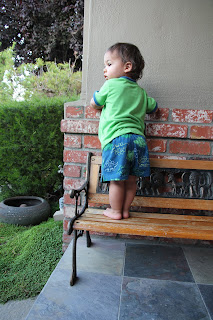 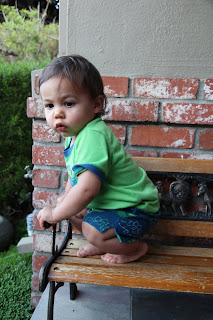 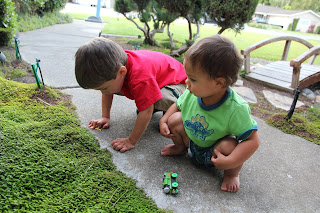 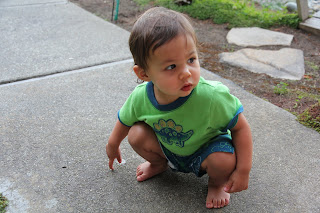 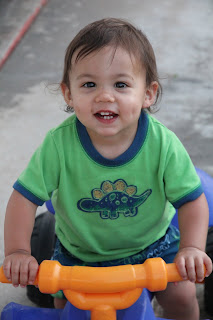