Walking with the Dinosaurs

We surprised the boys Saturday morning with tickets to the show, Walking with Dinosaurs.  And, we met up with the Jodoins, too!  We haven't hung out or seen the Jodoins for MONTHS (due to either family being too sick to hang out, or traveling, or anything in between!), so the boys were THRILLED to be "run into" each together.  ;-)

In fact, I think they sorta wanted to skip seeing the show and head straight to one of our houses to hang out.  Look at this sorry group of boys, who we're TORTURING with a live theatrical show: 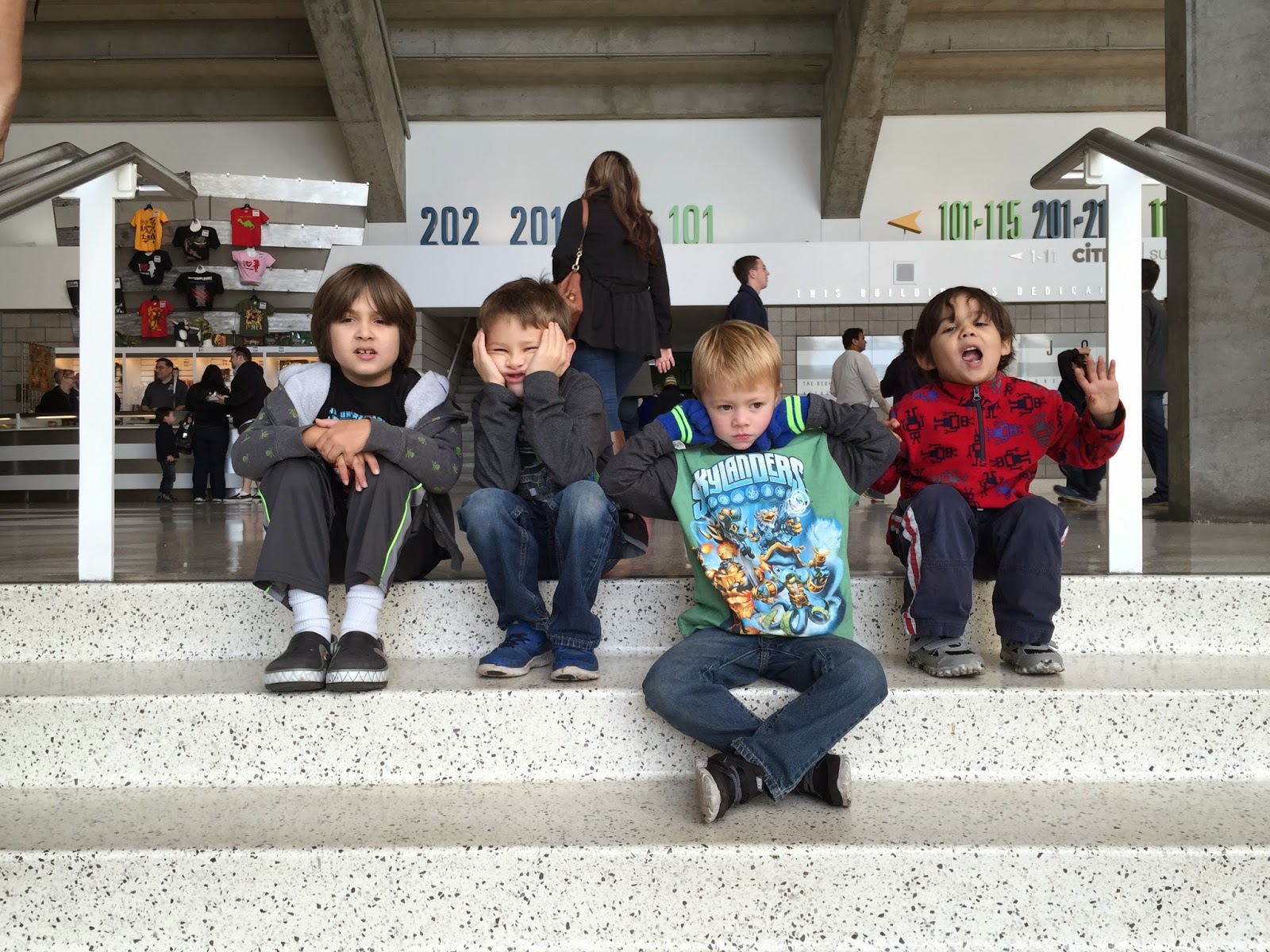 I took SEVERAL pics and couldn't get a single one where they were all smiling AND looking at the camera.  These were the best I could get before they got up and walked away.  *sigh* 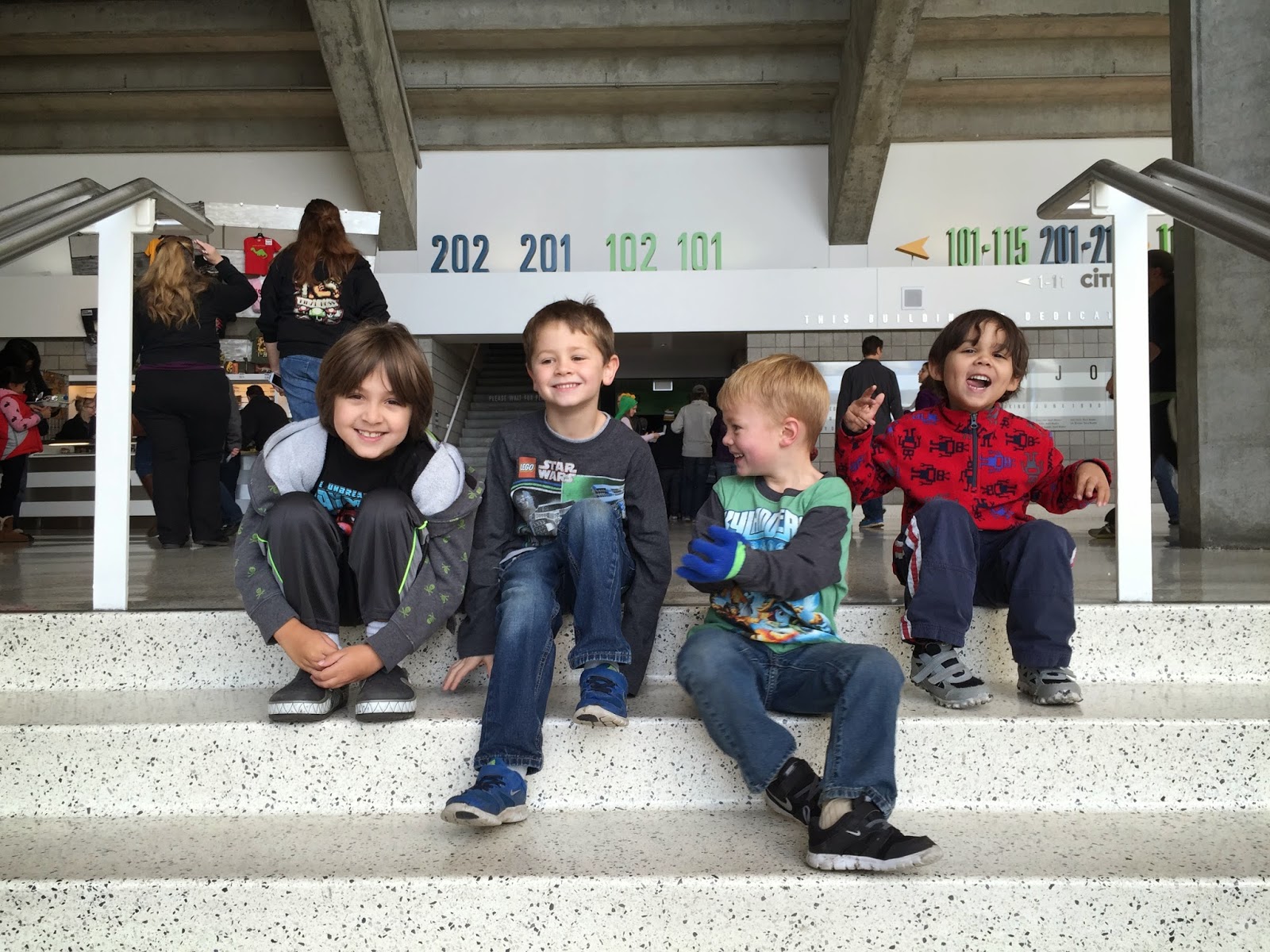 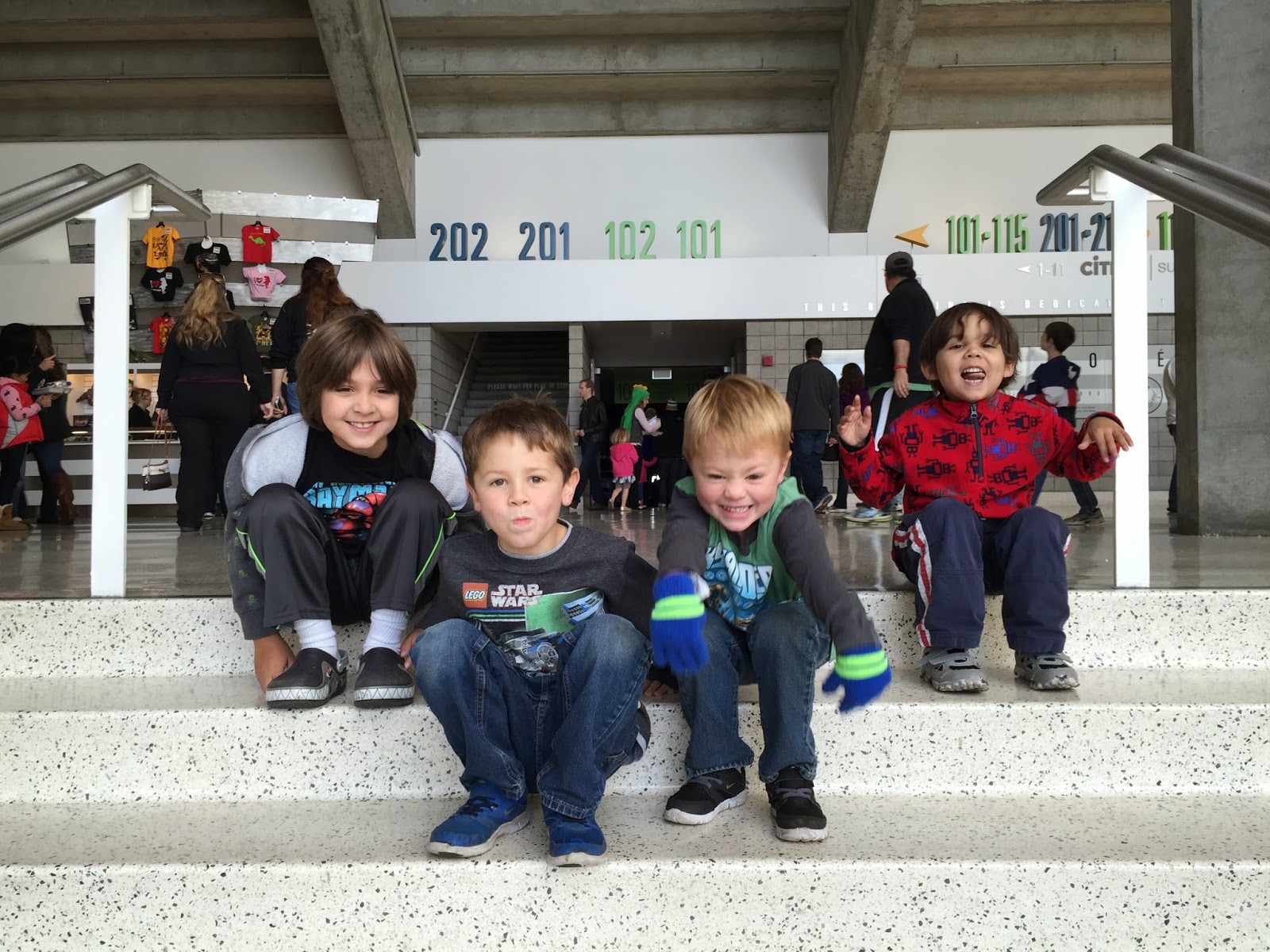 BUT, once we finally sat down and the boys started to digest what this show really was going to be about, I think they all got pretty excited. 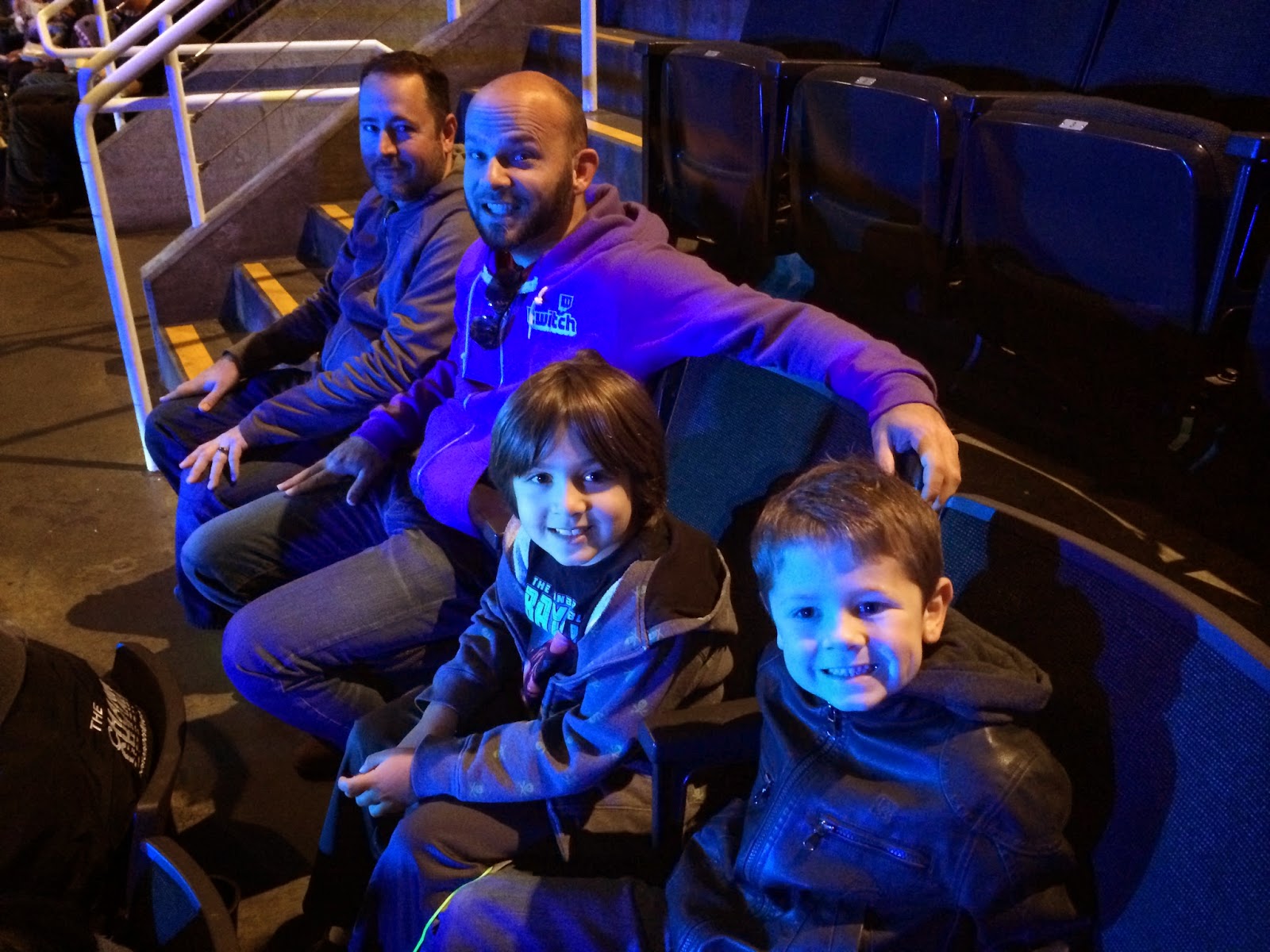 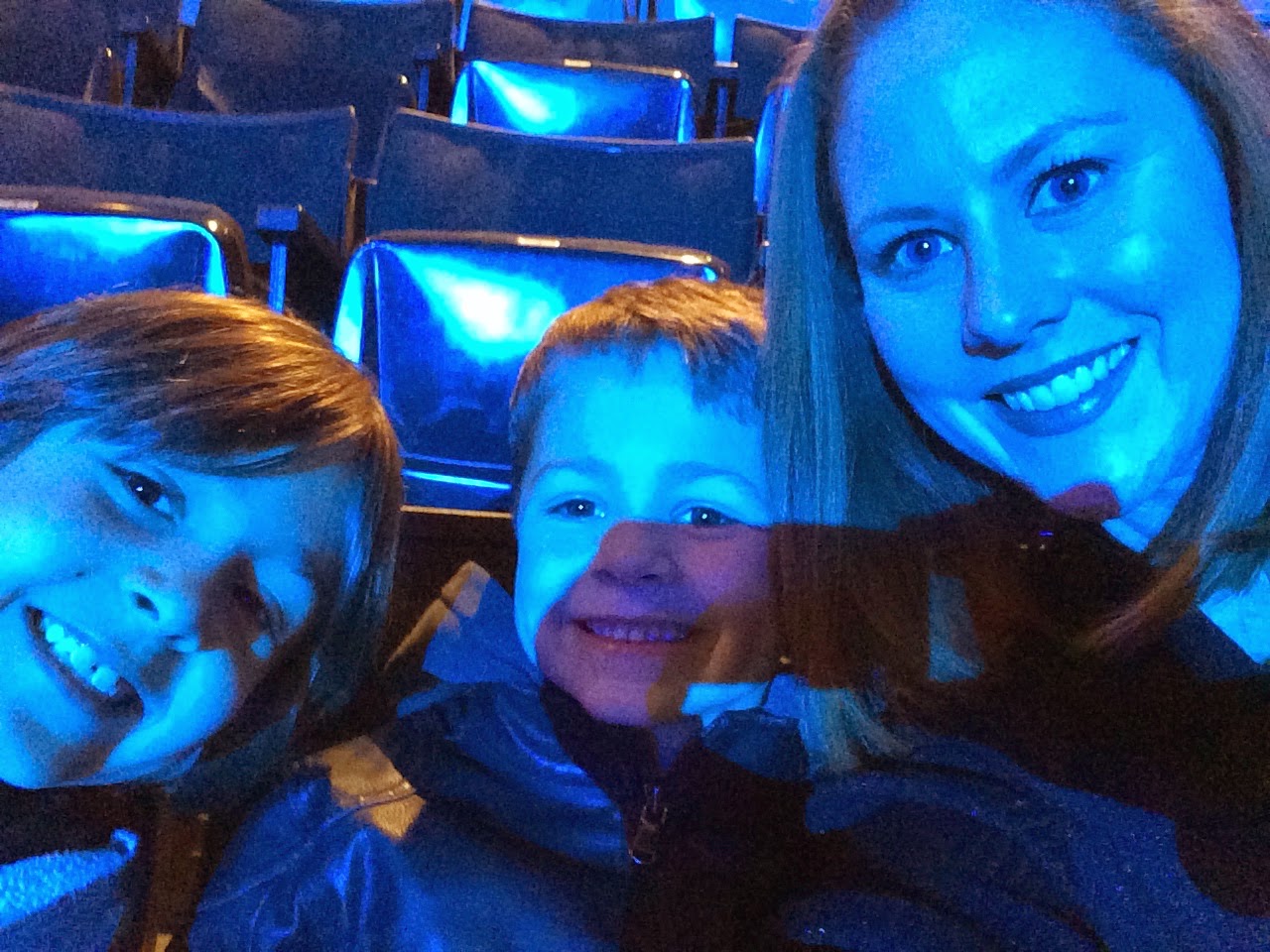 We all (adults included) had a fantastic time at the show.  It's amazing what they can do with animatronics and special effects these days!  The dinosaurs were very realistic looking and HUGE!  Even where we were sitting (higher up in the audience), you could still feel how magnificent they were (and, it helped to have an actual person, walking on the stage/narrating the story, for life size comparison)  :)

I snapped a few pics throughout the show.... 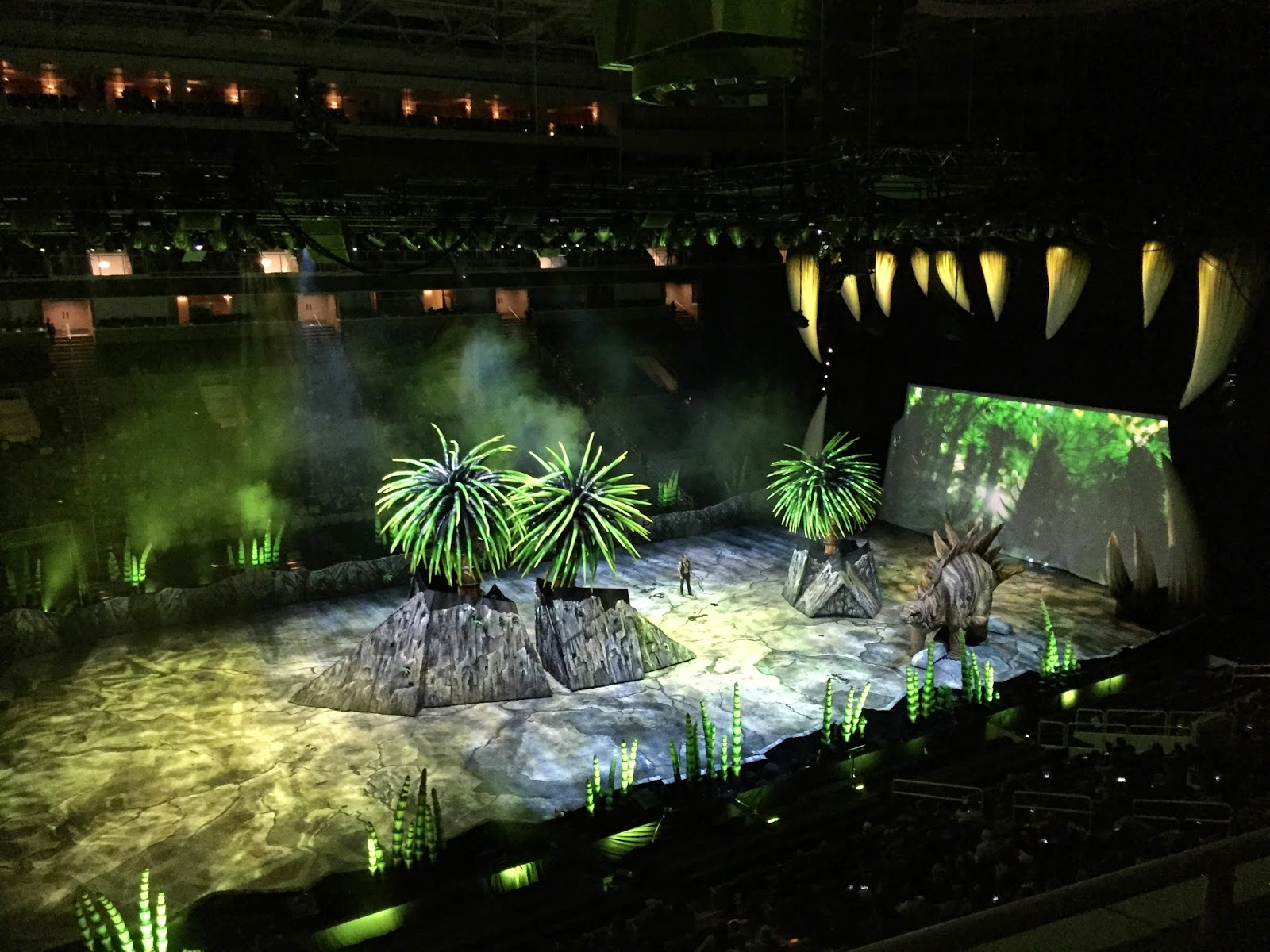 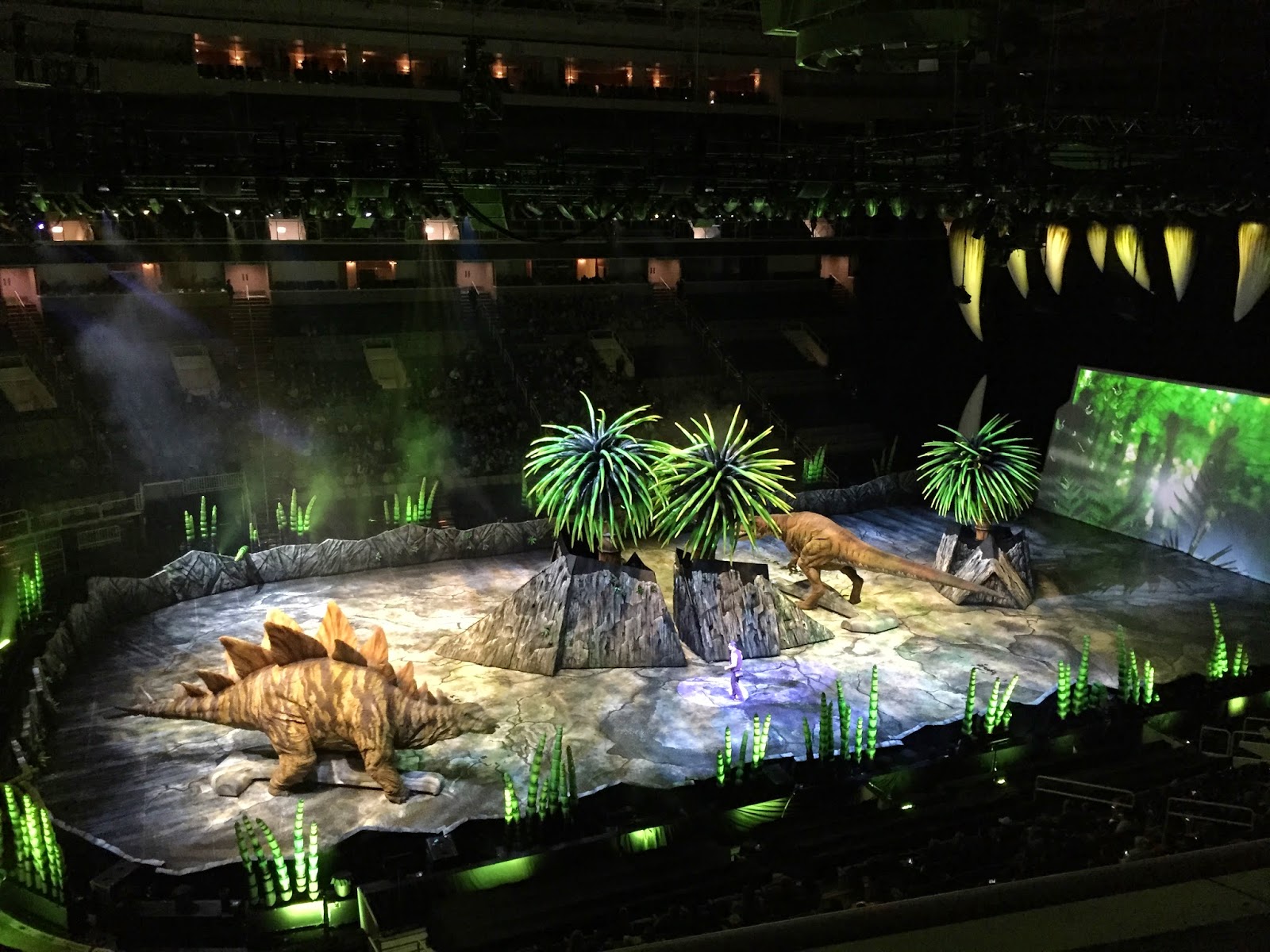 Logan sat with Robert and the Dads on one end while Jenn and I corralled the younger ones (Callum and Connor), who bounced between our laps and their seats through most of the show.  Callum also pretty much provided his own narration of the show, often repeating whatever the show's narrator had just said, to me.  Because he was holding his ears for most of it, he wasn't very quiet about his story telling.  ;-) 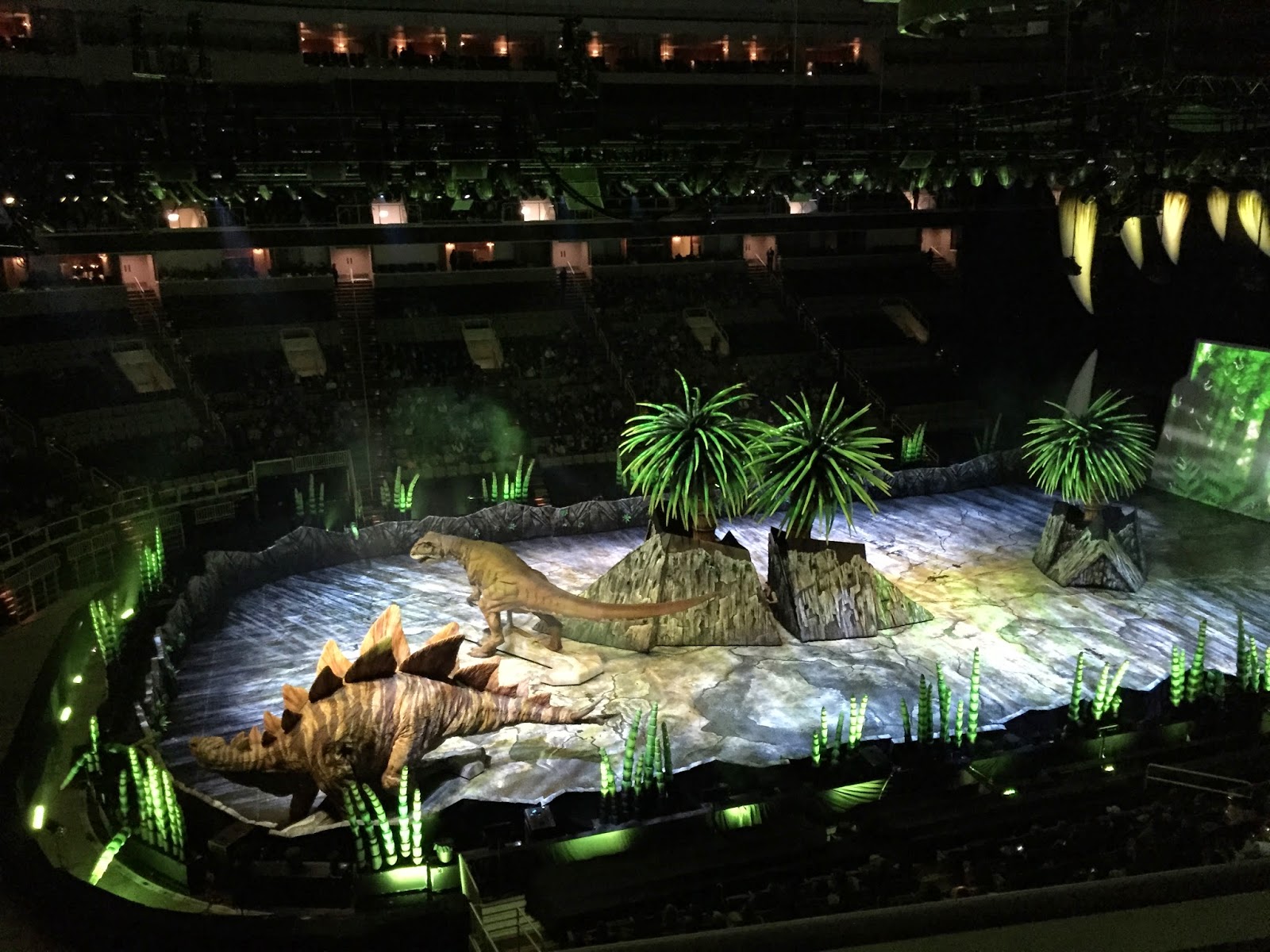 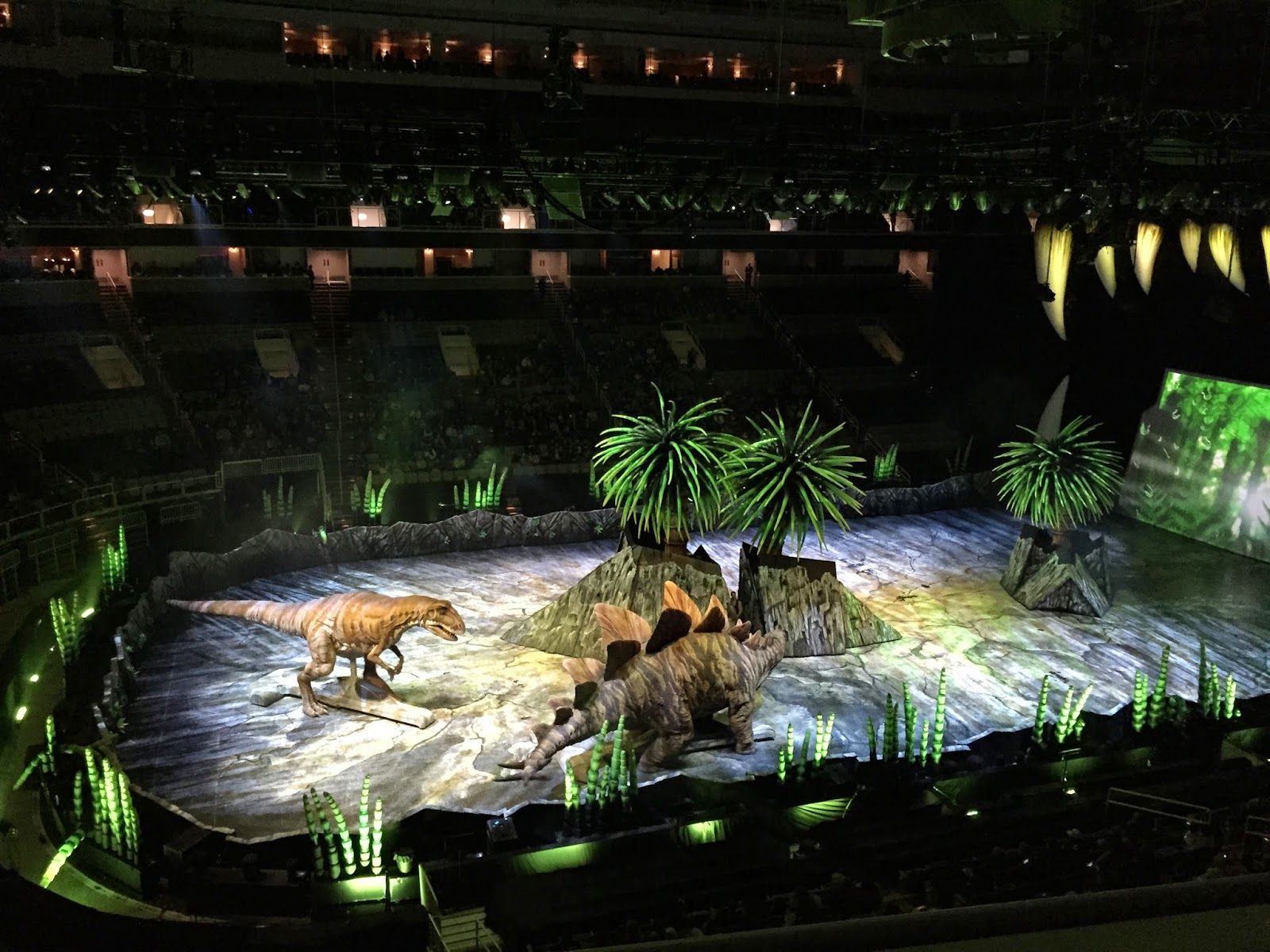 And, I also enjoyed the history lesson that the kids got too, as we walked through time and were introduced to a variety of dinosaurs, and wildlife, specific to that period (I didn't expect it but was pleasantly surprised).  I'm not sure how much of the walk through history they actually absorbed, but it was a nice backdrop to the visual effects we were fed throughout the show. 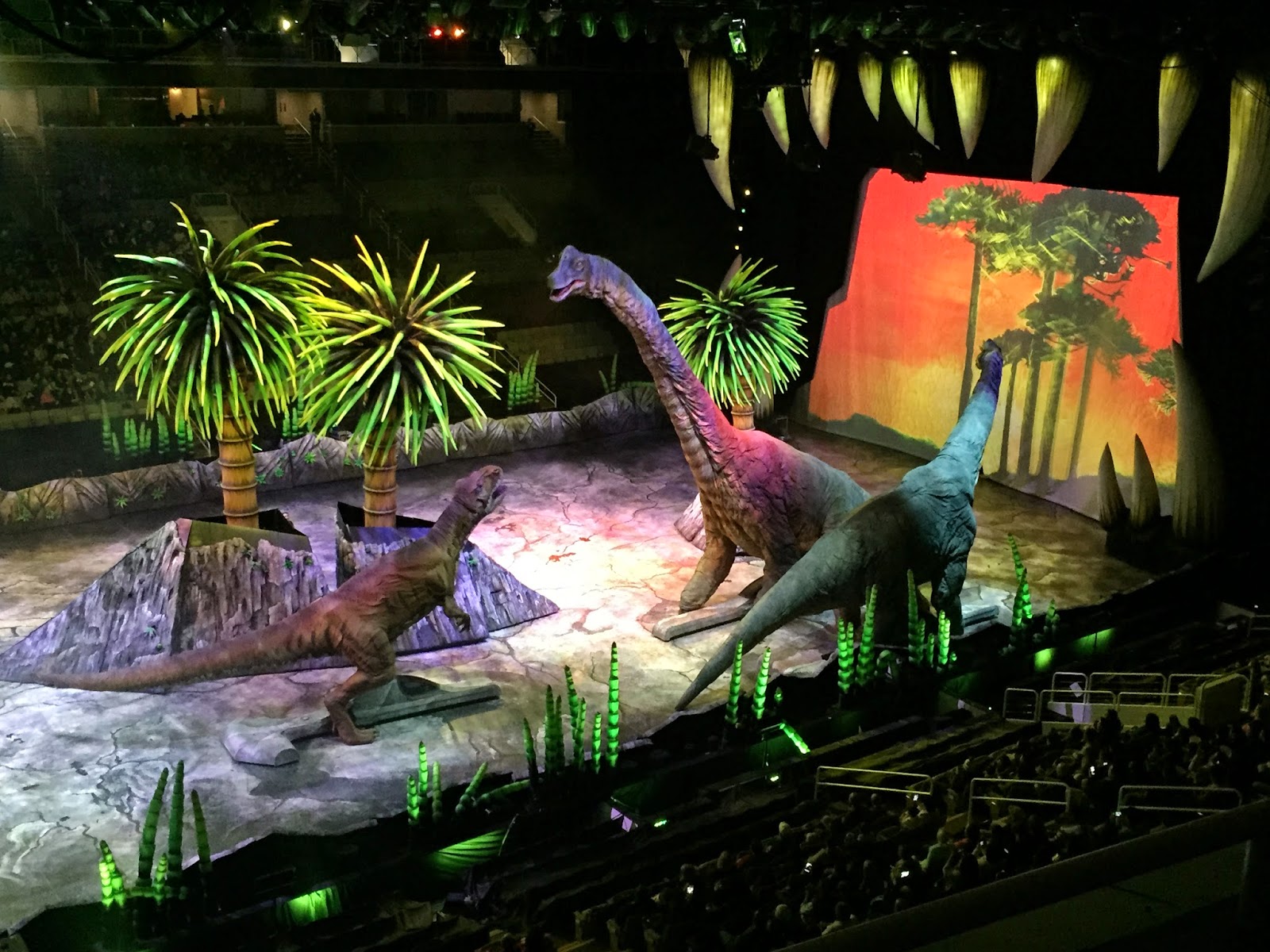 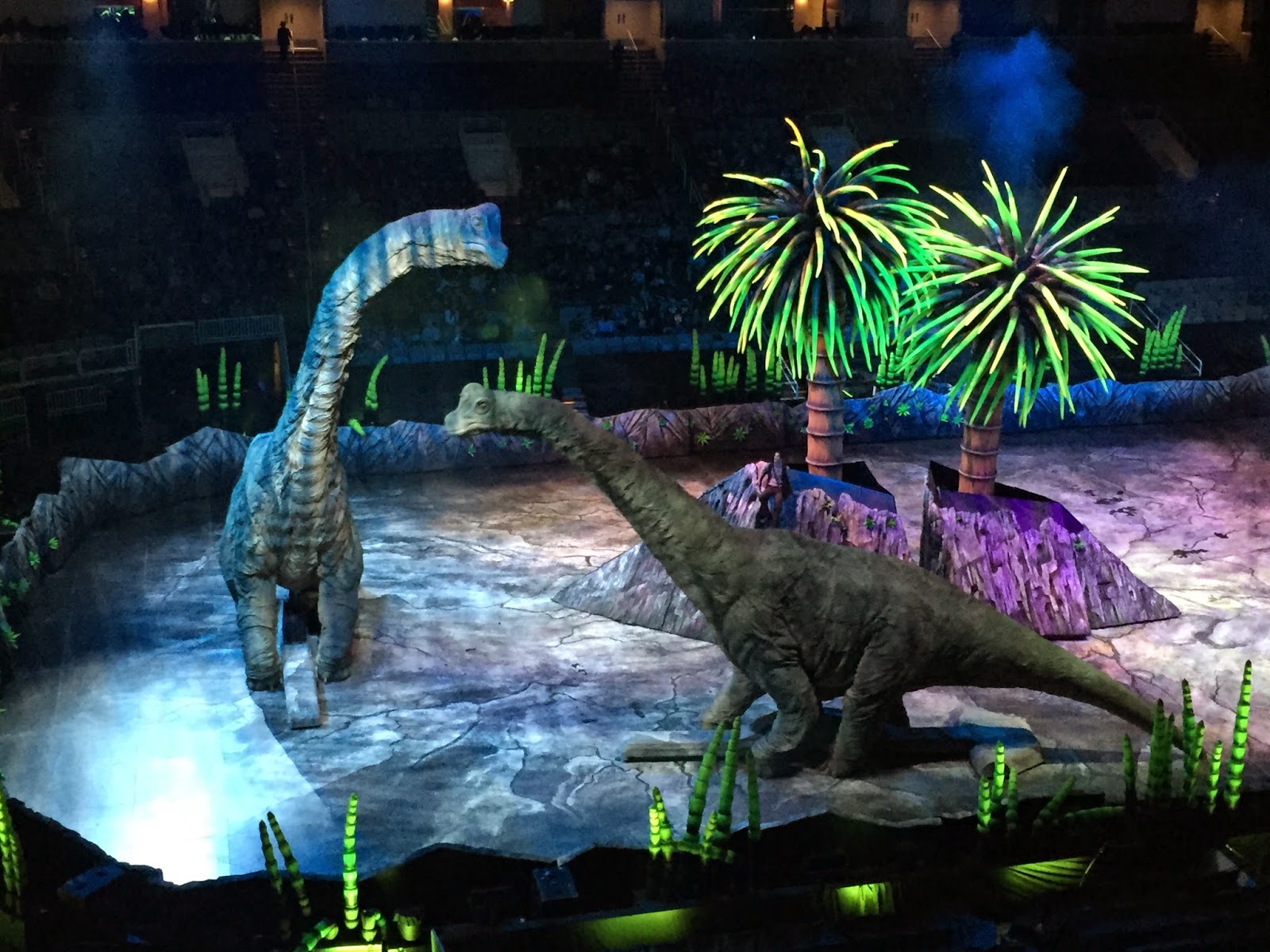 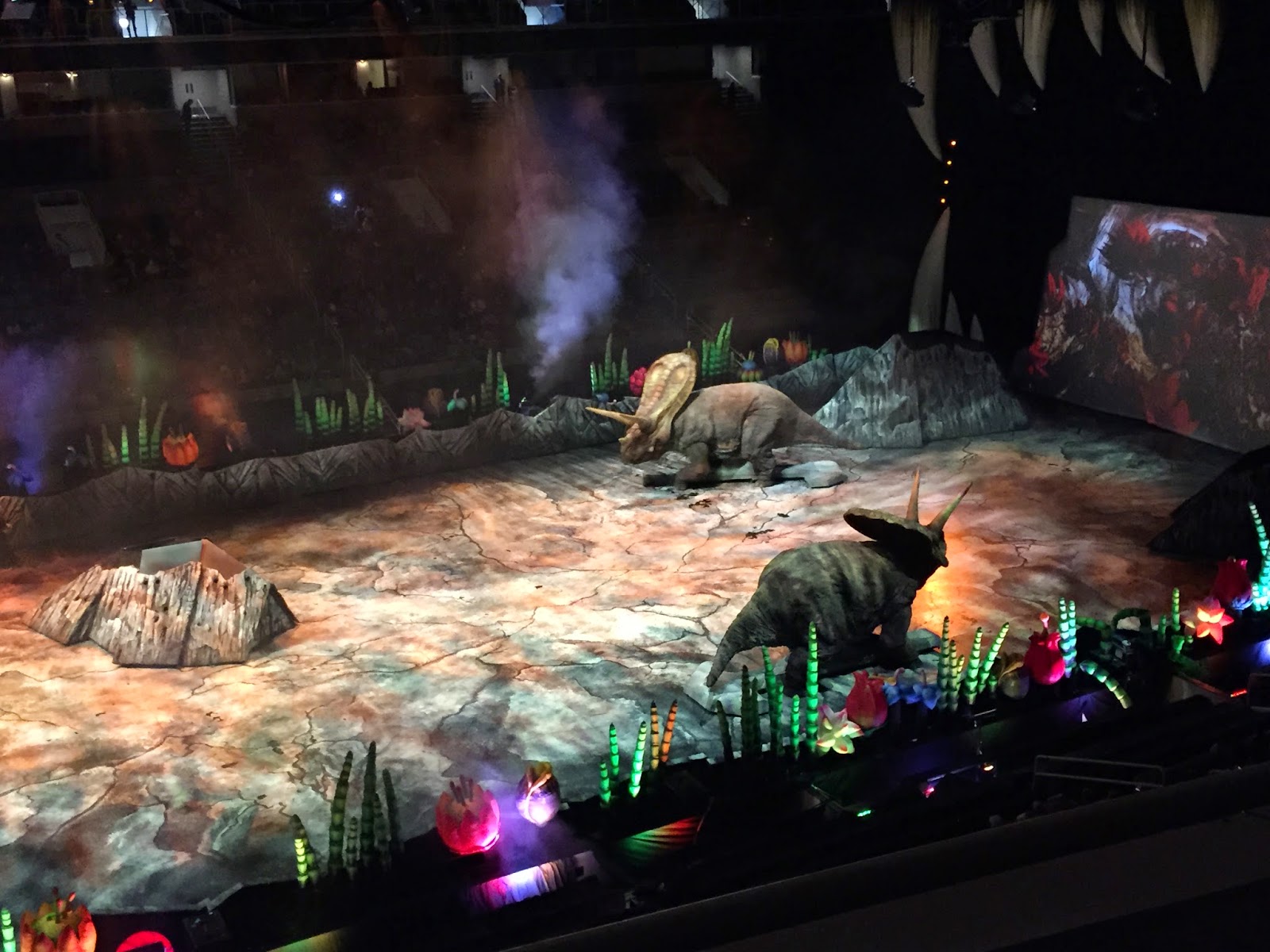 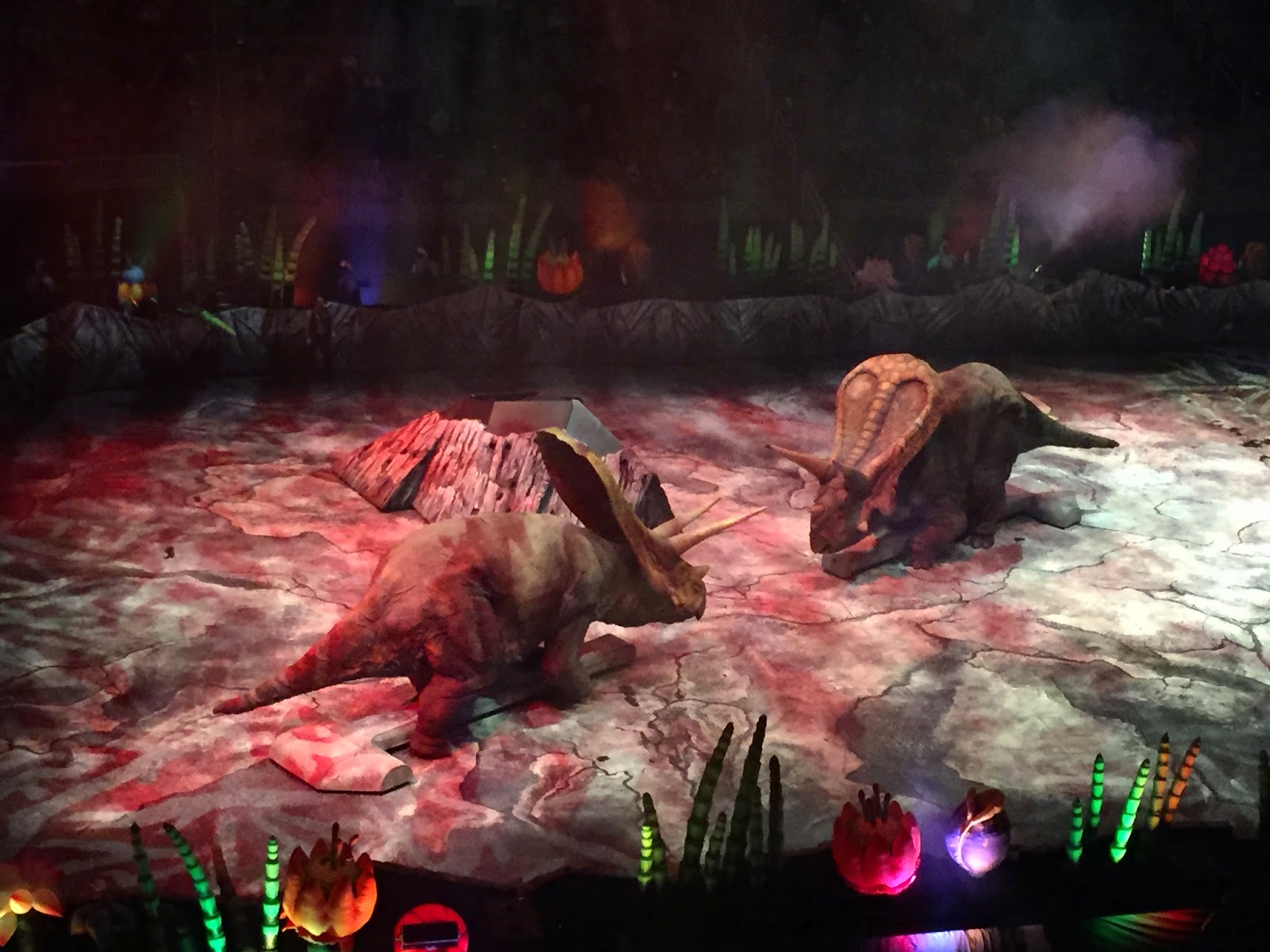 He also informed (anyone within hearing distance of our seats of course) that his favorite dinosaur was the T-Rex, in case you didn't know.  ;-) 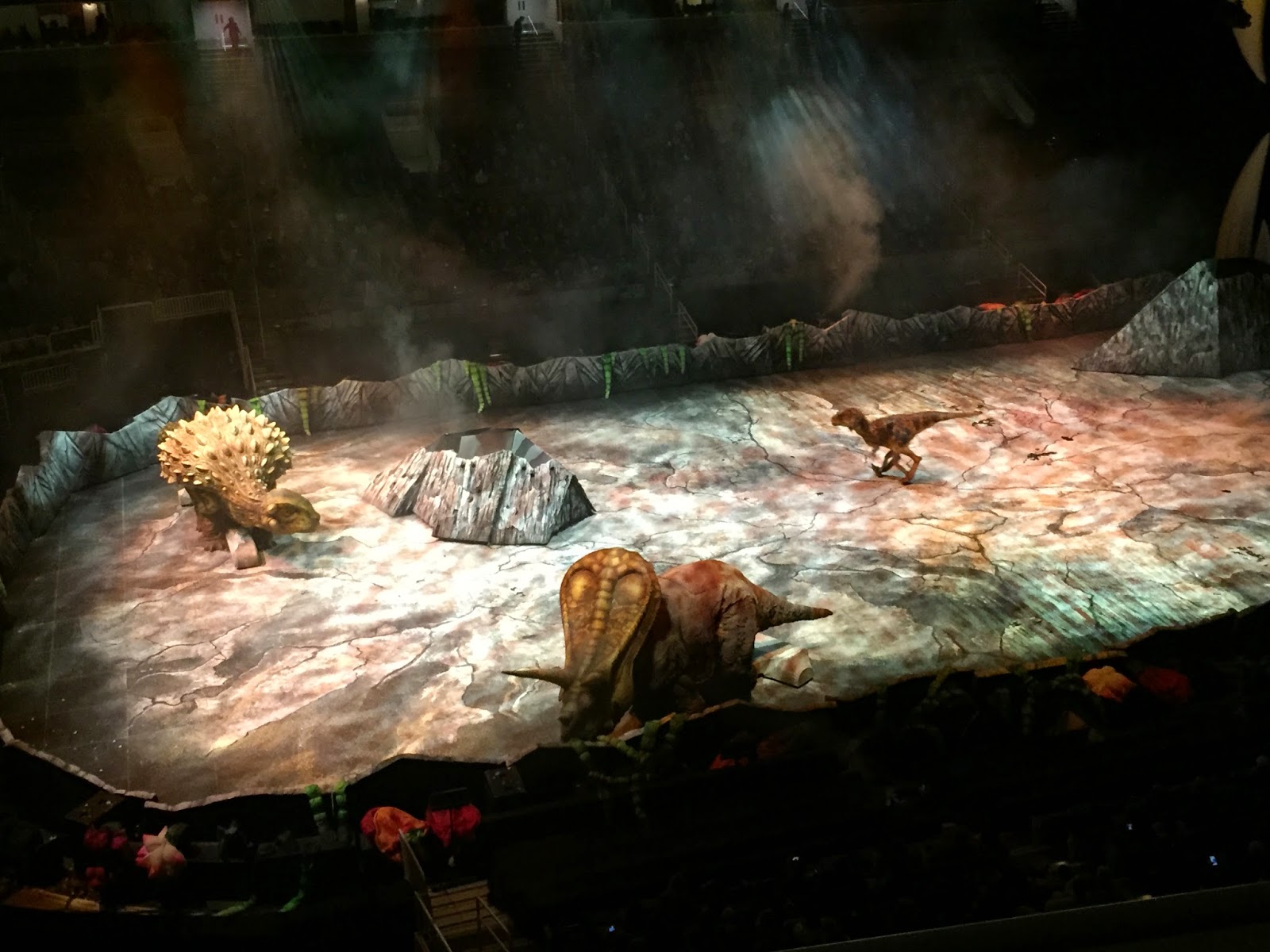 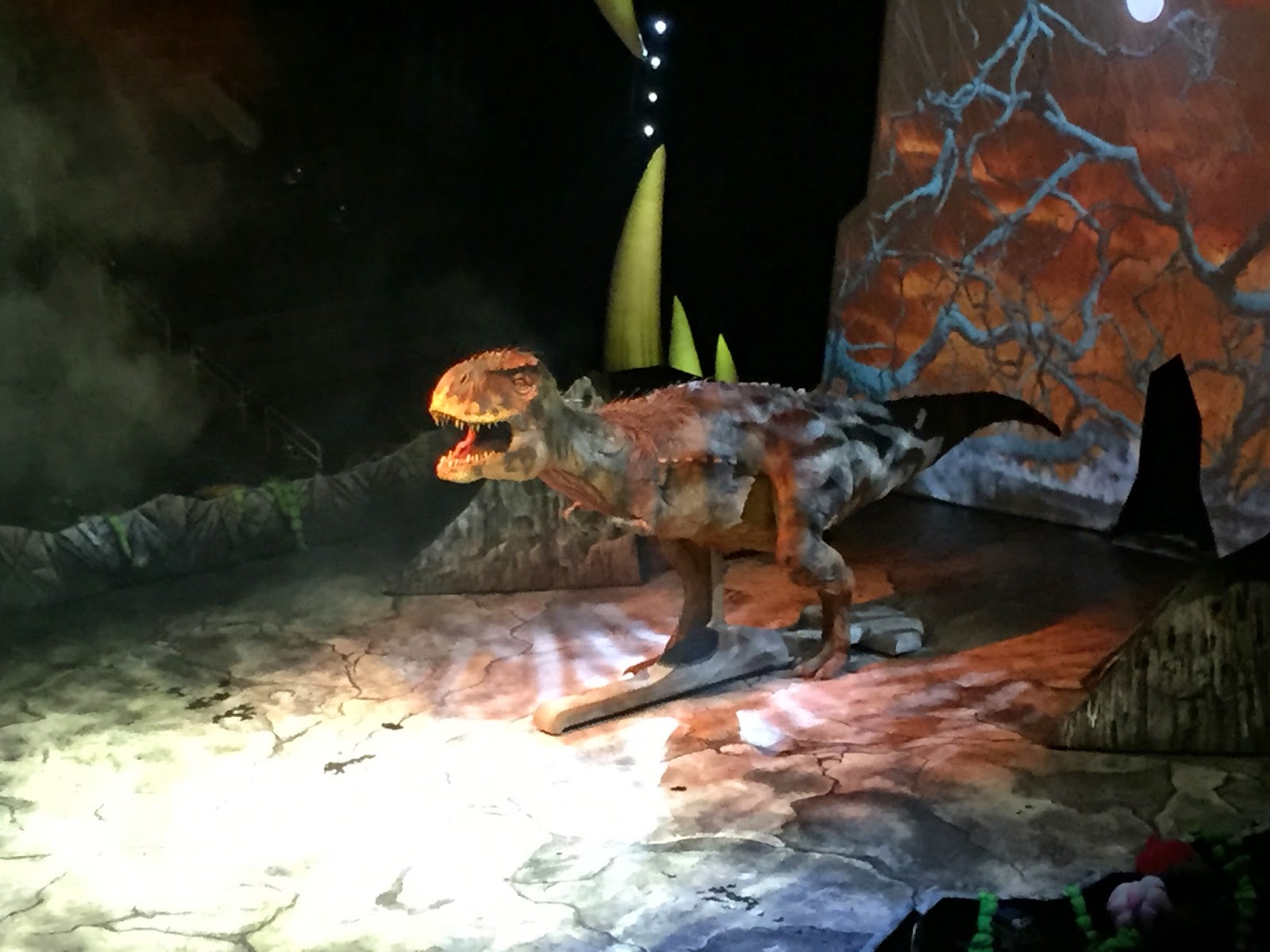 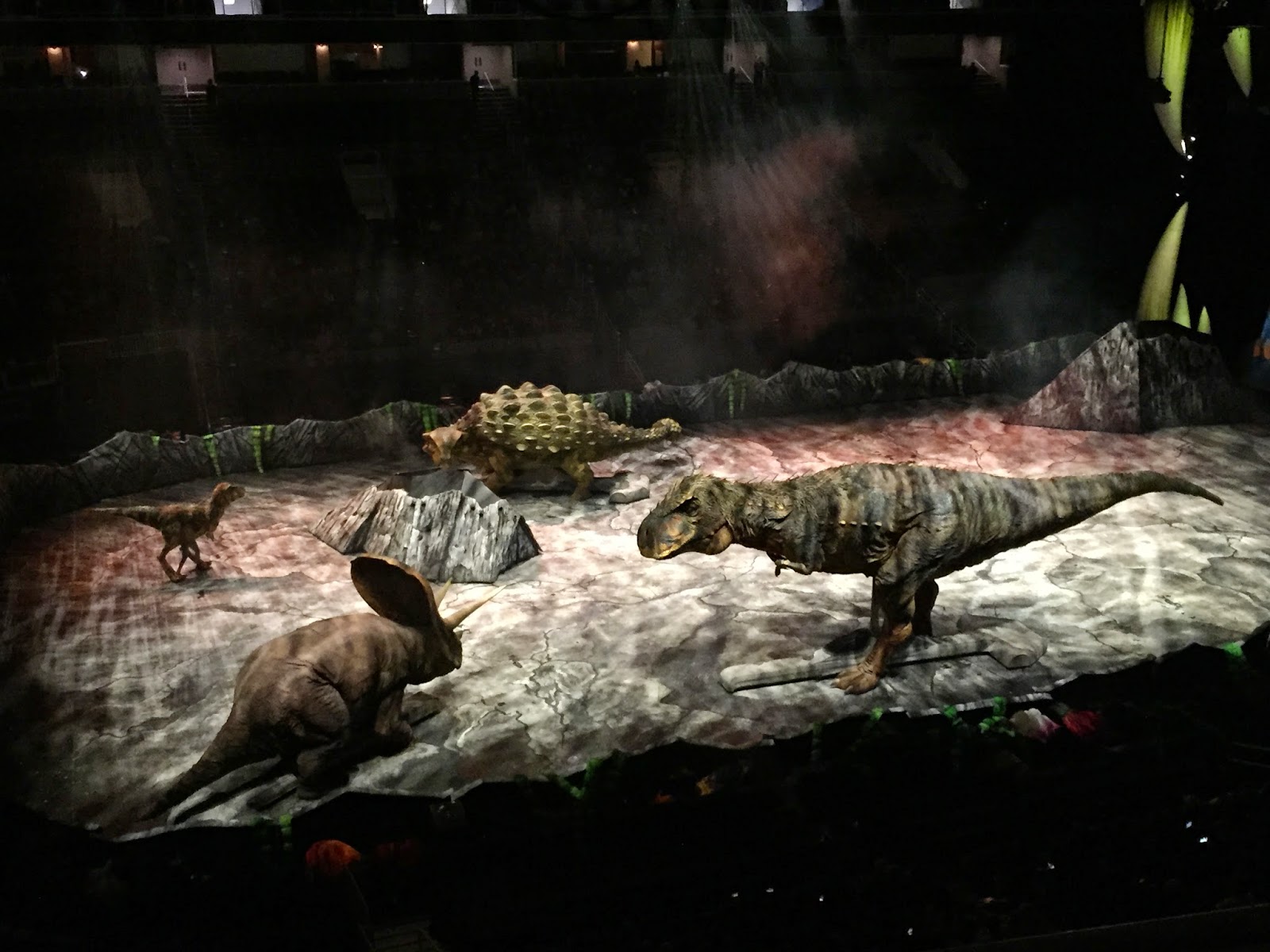 After, we grabbed a late lunch in downtown and then headed over to the Jodoins house to play games and relax.  The boys had a wonderful time and the adults did too!!  It was so nice to see the Jodoin family after so long, and we look forward to hanging out again soon! :)
Posted by Mama Bree at 10:00 PM