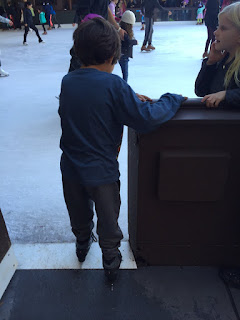 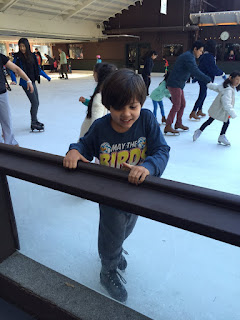 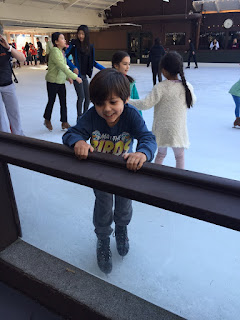 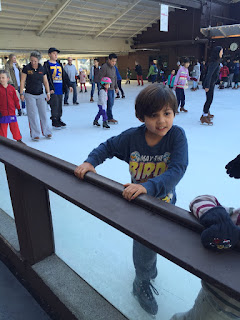 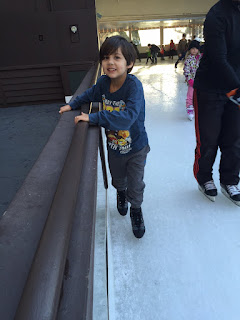 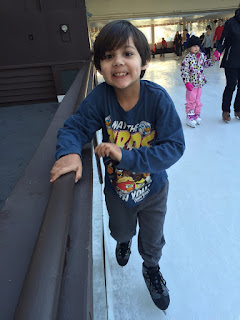 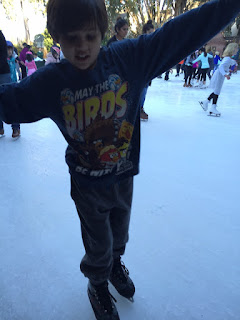 Callum and I spent the afternoon at an ice skating rink, for one of his friend's birthday parties! The entire way to the party, and as we walked in, he kept telling me over and over again how he did NOT want to ice skate.

Ok ok, I got it. We can just watch.
But, I'll grab us some skates anyway, just in case.

I am NOT skating Mom!!

Mom! I want to try skating!

Cool! Sounds good to me.

So, I laced him up and off he went! By the end of the party he was letting go of the wall and trying to skate on his own. Every few minutes he'd get super comfortable and speed up, and then lose his balance and fall. So, he had a handful of spills toward the end that shook him a little.

But, after a few minutes of rest, he'd get back out again! It was so fun to see him keep trying and enjoying himself so much. I'm sure that having a handful of friends around helped too! :)

(I got out on the ice for a few minutes myself - I made it about halfway around and then decided nope, not going to keep up with this and risk falling and hurting my back! It was just way too awkward!) :)

By the end of the party Callum was asking me if he could have his birthday party there... I'm not sure if they are open year round (the rink we were on was outside, but apparently they have an indoor rink too), but if they are, I may have to look into it!
Posted by Mama Bree at 11:02 PM