I thought I'd take the time to jot down a few of our (tougher) lessons learned, after our first week at Kindergarten.  Some of these have been harder to adjust to than others.  But, I figured the stories that came with some of them were interesting and lend a new perspective on things!  That means, this will also be a pretty long post (warning!).  ;-)

Overall though, I'd say we are doing really well transitioning into a new school, with new kids, new teachers, new drop off and pick up routing, and a new structure to our life in general.  Phew!

And, before we start with the "bad", let's show a picture of the good!  Here's a couple of Logan, goofing off, excited as ever, on his first day of school.  :) 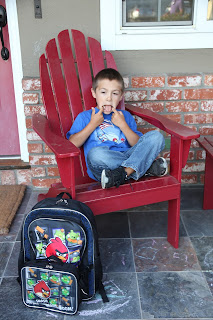 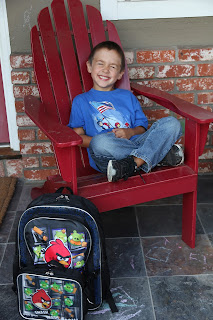 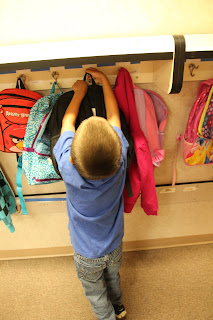 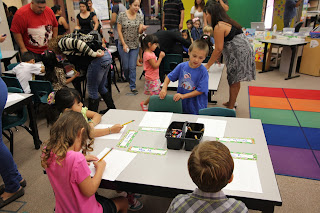 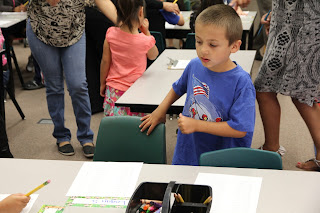 I do think this has happened mostly before school, when he's playing on the playground (and there's no real supervision), while we wait for the first bell, and after school, where he's mixed with all other kids staying in the after school care program.  Otherwise, I believe the Kinders all just play amongst themselves, which is better for him.   Still, he can sometimes be a sensitive guy and hasn't liked some of the pushing and bullying but doesn't quite know what to do when it happens.  :)  I suspect this'll blow over and he'll learn what to do - hopefully not by turning into a pushy bully himself, but at least to stand his ground so that these sorts of encounters don't phase him.


The weird thing to me is we have, you know, these things called phones and/or email, to communicate with.  I get that the larger educational system does need a way to get some of this paperwork out to us and back.  But, I'm assuming (hoping?) that if I really needed to discuss something one on one with Logan's teacher, I could either pick up the phone and call her, or email her directly.  We'll see, when that happens, if that is the case.