Last weekend we got Logan's soccer pics, which turned out so cute!  :)  Sadly, he hasn't really enjoyed soccer practice as much as I had hoped.  It was just too early, I've decided, to try him out in organized sports/play.  He loves to play, but not by someone else's rules.  ;-) 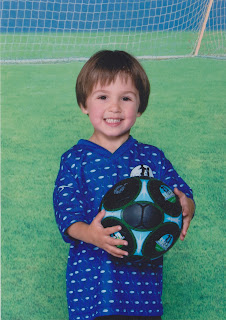 We may try again next year since he'll be a bit older, but it's hard to say at this point.  The 4 year olds on his team have trouble focusing much more than 30 minutes themselves, so I may just wait until he's 5 before trying soccer (or some other sport) again. 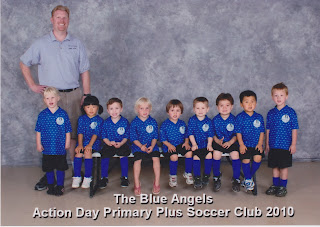