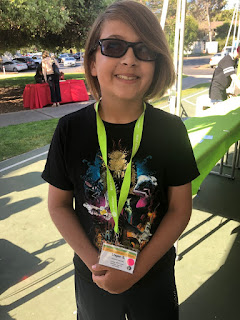 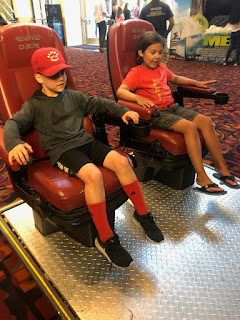 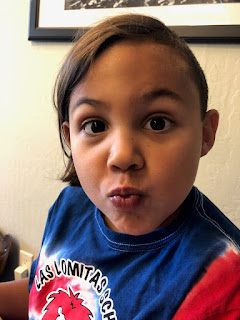 I've been remiss at blogging lately! But I suppose that means our summer is going well :)

Callum and Logan went to different camps these last 2 weeks - which is a first for us (since I've always joined them up at the same location/camp in the past).

Callum really wanted to attend Panther's Camp - which is a sports based camp - and had an absolute blast! I'll post pics from that camp in a different post.

Logan did another week of tennis camp which he enjoyed, and then tried a new camp last week, located at Stanford. It was a HUGE camp - several being run at the same time - so loads of kids, on a big college campus, and he didn't know a soul. I was worried he wouldn't like it since many things about it were out of his comfort zone, but he finished the first day excited, happy, and telling me that he wanted to enroll in the overnight portion of the camp next year! :)

Logan lost a(nother) tooth. We also saw (and took one of Callum's friends since we had an extra ticket) Incredibles 2, which was great fun. And both boys got their hair cut - Callum getting half of his head shaved down pretty short this time - all in preparation for our upcoming summer trip! (We leave this Monday) :)
Posted by Mama Bree at 1:56 PM