We had Callum's 6th Birthday Party yesterday - it was such a blast!  The theme was Skylanders (his favorite video game), so I created 8 games to "restore" the 8 Elements found in the game.

I didn't actually spend as much time on this party as I have on party's past - so I was a little worried about how it would turn out.  But, the kids seemed to have a great time overall, and luckily the time flew by with all of the activities we had to run through!  ;-)   I'm pretty sure the kids all had a blast.  I think I was mostly running on fumes, because once the house was finally quiet and empty and the boys were put to bed (some of our friends stayed after the official party was over), the exhaustion just hit me like a crashing wave.  Whew!  This Mama is officially pooped.  :)

Since I was managing and refereeing the games, I only took pics as I remembered, and only with my phone since I wasn't carting around my nice camera.  So, these quick snapshots will have to do!  But, I think you can get the gist.  ;-) 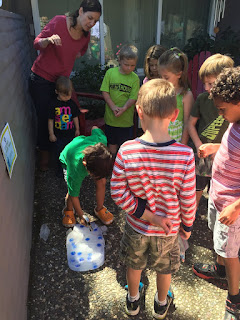 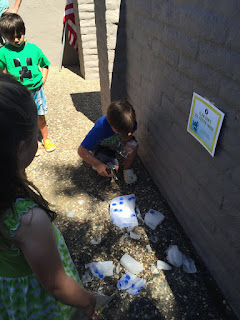 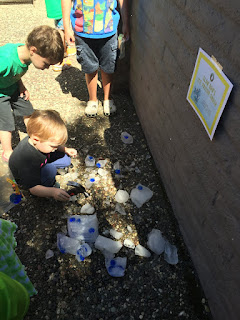 We took a break after the 7th game to eat some snacks and pizza (lunch).  The kids had been DYING to try out the "punch box" game, since it was sitting out in the main area, just taunting them.  ;-)  So, we did that as well..... 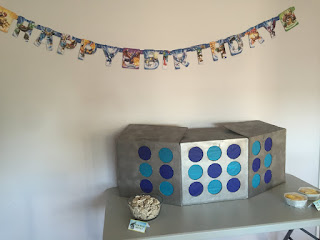 And that's a wrap!

It was the first time I did a much more structured party, with the entire time pretty much being devoted to games/activities.  Like I said, I was a little nervous about how it would all pull together, if the games would hold the attention spans of 5 and 6 year olds, and if the games would even really work!  But, several kids commented to me (without being prompted) about how much fun they had, so I figure that's the sign of success, right!?

Both Logan and Callum also had a fabulous time, and of course, that means everything.  :)
Posted by Mama Bree at 6:29 PM

Absolutely the best! Made with love by mom!