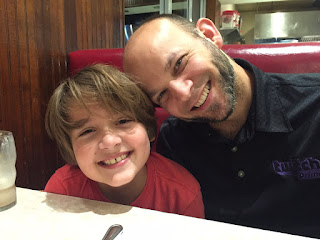 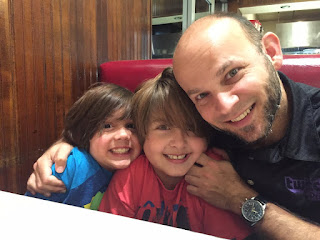 He opened family gifts tonight and then we headed out to his birthday dinner. He wanted a burger and shake so we stuffed ourselves silly at the Palo Alto Creamery. 😋

The second pic was after Callum climbed under the table to join Jon and Logan, since he wanted to be a part of the picture taking event. But then, wouldn't stay still (frankly, none of them would), so this was the best capture I could get!
Posted by Mama Bree at 8:54 PM