Getting our craft on! 💖 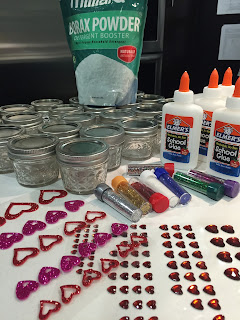 Last weekend, Callum and I started working on our Valentine craft.... We're making Valen-Slime jars this year! (His teacher is a stickler for the no candy rule, so this is the non-candy option the boys picked out this year). 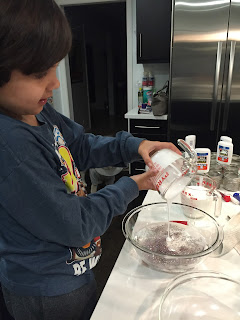 But, the first batch wasn't the right slimy consistency we were looking for (too rubbery and not slimy enough!). We messed around with it but it just wasn't working. 😩

The next day, I visited 7-8 stores to look for more glue (since we had used it all up on that initial batch) and wouldn't you know it, every.single.store was wiped out!! So weird!! 😱

So, we worked on the labels for the jars instead, while I ordered a gallon (!!) of glue on Amazon, which arrived a couple of days later. 👍🏼 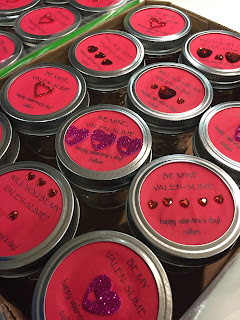 Fast forward to today, where we decided to give it another try. The first batch didn't work out again, so I hunted for various recipes and we started testing smaller batches (and colors) out. We finally did land on one that was better (although, still not slimy enough for my taste! But Callum approved so I went with it). 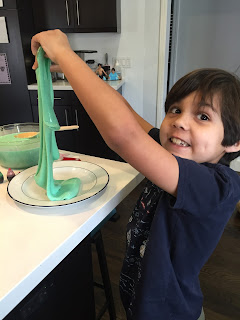 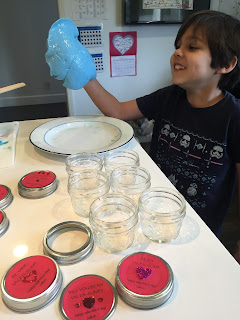 We made green, blue, and pink slime, added some glitter and sealed up the jars - which are now ready to hand out to classmates next week! Phew! 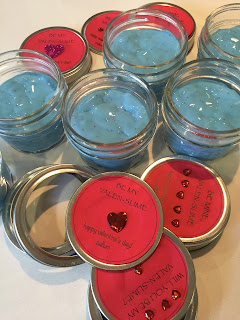