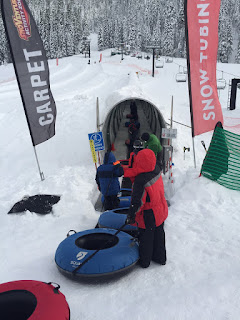 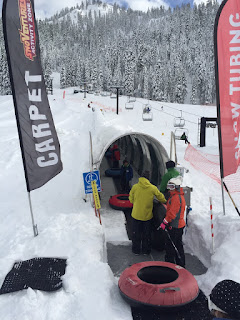 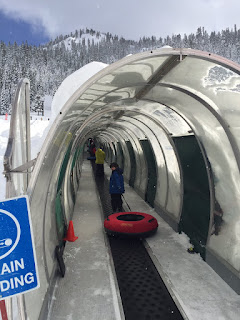 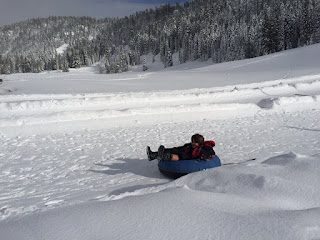 After the bungee jumping, we walked through Squaw Village to the other side, where the "SnoVenture" area was located. They were closing in 45 minutes but we bought tickets for the snow tubing area anyway, and the boys had a blast!

Check out the moving sidewalk they got to use, through a tunnel and up the hill! :)

Callum was a little nervous and unsure about going inside the tunnel on his own (we four parents hung back to watch) but if you look closely in the 2nd pic he's smiling and had waved to the attendant there which I took as a good sign.

(The 3rd pic I took after a couple runs and he wasn't pleased that I was taking so many pics!) ;-)

And the last pic is one of Logan coming down the mountain! :)
Posted by Mama Bree at 7:48 PM