Yesterday we hosted a pig roasting event at our house for the Justin.tv clan. A few of our neighbors and friends also joined in on the festivities. The BBQ was a huge success - people had a great time and enjoyed the food. I ended up spending the majority of the day inside actually, since I was watching the kids (mostly taking care of Callum) and cooking a couple of the side dishes. This turned out to be better off for me - since I wasn't crazy about a whole pig roasting in our driveway anyway (being a vegetarian and all!). But, I did enjoy hosting a fun party for Jon's coworkers and am glad we could have them down this way for once (normally all of his work parties are up in the city!).

The rare few minutes I had my hands free, I ran around snapping pics of everyone. :) I think I got a few good captures. Any of these will link to the larger album, however for those that are squeamish and not interested in seeing a roasted pig (poor poor piggy!), you'll want to skip past the fourth pic (specifically) in the album.

We cleared out the garage and driveway to set up most of the tables with food, drinks (a keg that we barely made a dent in!), darts and beer pong (in the garage). 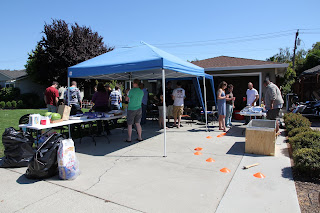 There was butter and cream slow cooking (with a tiny bit of corn) in the kitchen. ;-) 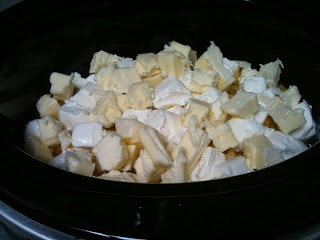 There was a lively game of croquet on the lawn (in addition to a few other smaller games for the kiddos). 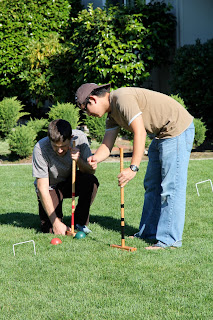 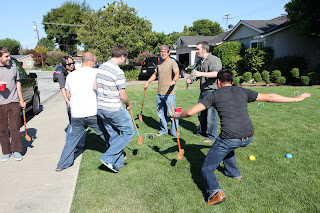 There was Frisbee throwing in the street. 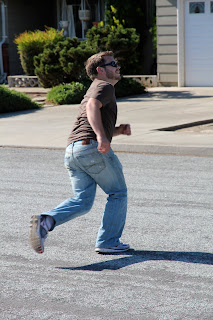 There was great company and conversation! 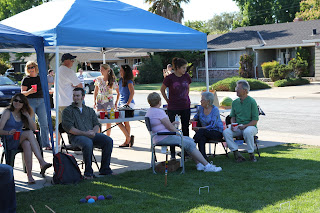 There was the required block/castle building on top of children. 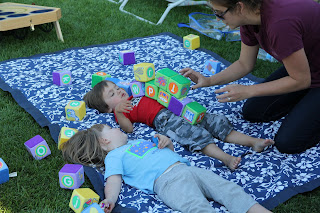 And there was even some napping. ;-) 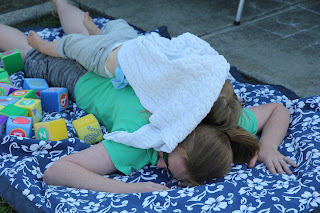 Although the day was extremely exhausting, I'm really glad we had everyone over! And, I'm so relieved it was such a success. Jon's coworkers left saying they'd love it if we hosted another event soon - which I was happy to hear - since it's nice to have people come down to our neck of the woods for a change. ;-)
Posted by Mama Bree at 11:18 PM

You are wonderful hosts!