Today was the first day of soccer practice for the season. Logan and Robert are on the same team and were very excited to see each other (bright and early) this morning. :) 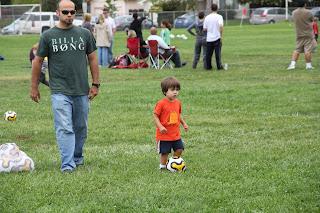 The practice was a lot of fun and I think the boys really enjoyed themselves. They're too young to actually have competitive games, but the coach has already started with the basics of field rules and had the kids run around doing a few drills (with the assistance of their parents). 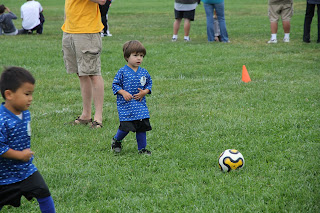 I had to use every ounce of self restraint to keep from commenting. Of course, that doesn't stop me from saying something here.

And oh by the way, wiseguy, there are certain instances in the game where they CAN actually pick up and touch the ball with their hands.

Anyhoo - in the car after practice, Logan said to me, "Mom, that was really hard work". He cracks me up sometimes. Actually, a lot of times.

He also said he had a lot of fun and even asked later on tonight "Mom, can I play some more soccer ball?" I'm so glad to hear Logan's into it and am really looking forward to the rest of the soccer season! :) 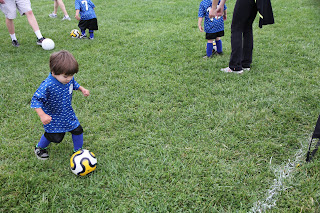 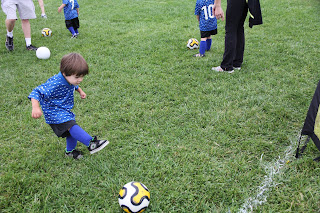 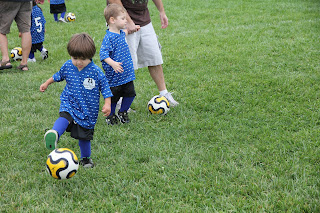 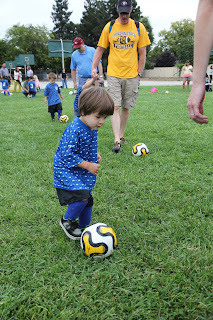 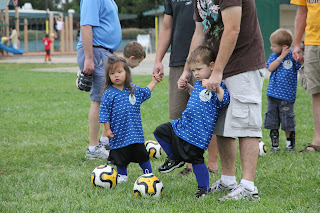 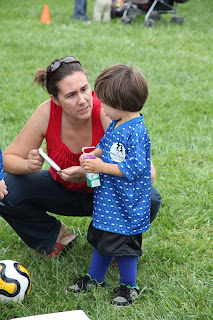 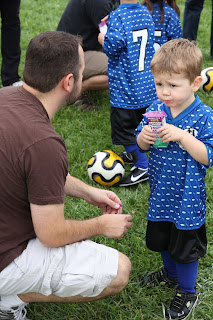 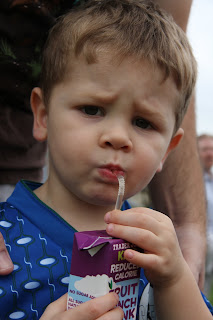 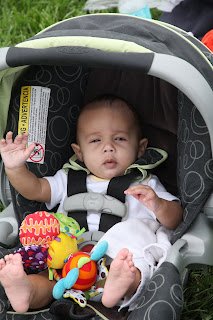 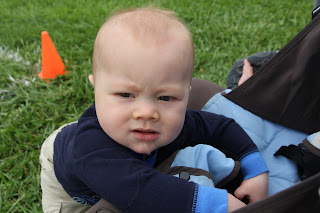 The other Little Bro Spectator. :)
Posted by Mama Bree at 9:37 PM

We will be cheering for Logan always. What a handsome dude!

I am so excited to have our guys in soccer together!