Every year, the American Cancer Society partners with our local amusement park, Great America, to host a special day called the Courageous Kids Day, for children fighting cancer (and their families).  Our social worker mentioned the event to me last week, since she has been helping us most recently on ideas to help Logan feel just as loved and included, as Callum, in the family (more on that later, but suffice to say, he's reacting normally, as any 6 year old would, to the changes in our lifestyle, and sometimes has trouble with receiving less attention than his brother).   She thought the day might be just as fun for Logan, as it would be for Callum. 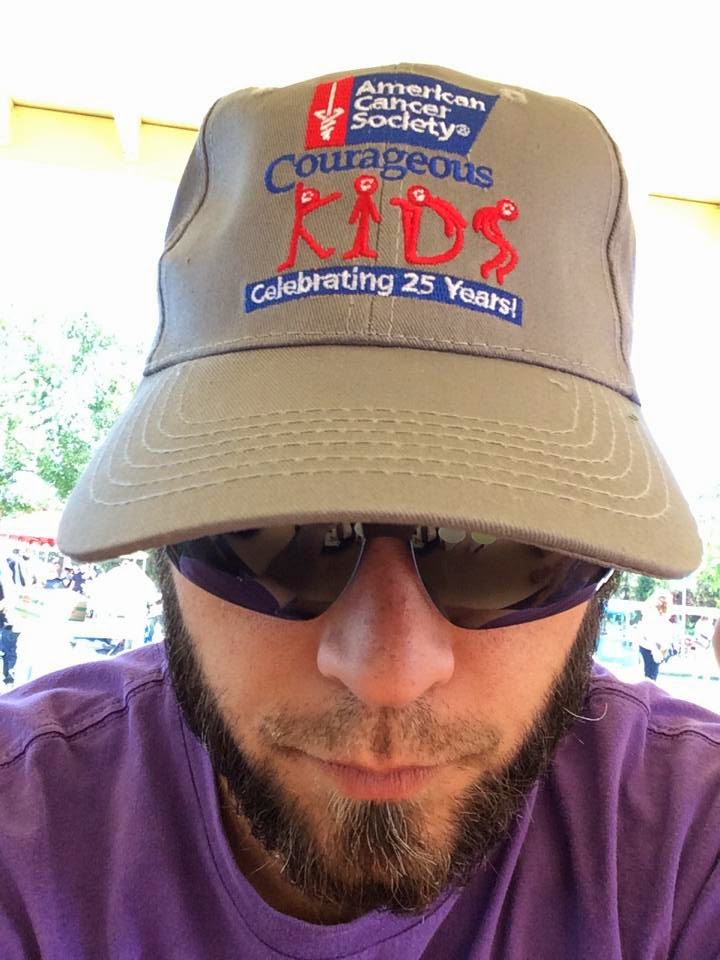 As it turned out, it was much more fun for Logan than little Callum - mostly because, I think, Great America is still really too old for both the boys, but I think Callum was also feeling more crummy and just wasn't into going out at all today.

But, we did try to make the best of it!  It was Mother's Day after all!  Who wouldn't want to be walking around in the blazing sun, roller coasters buzzing overhead and kids high on sugar racing around and cutting you off as you walk through the park?!? 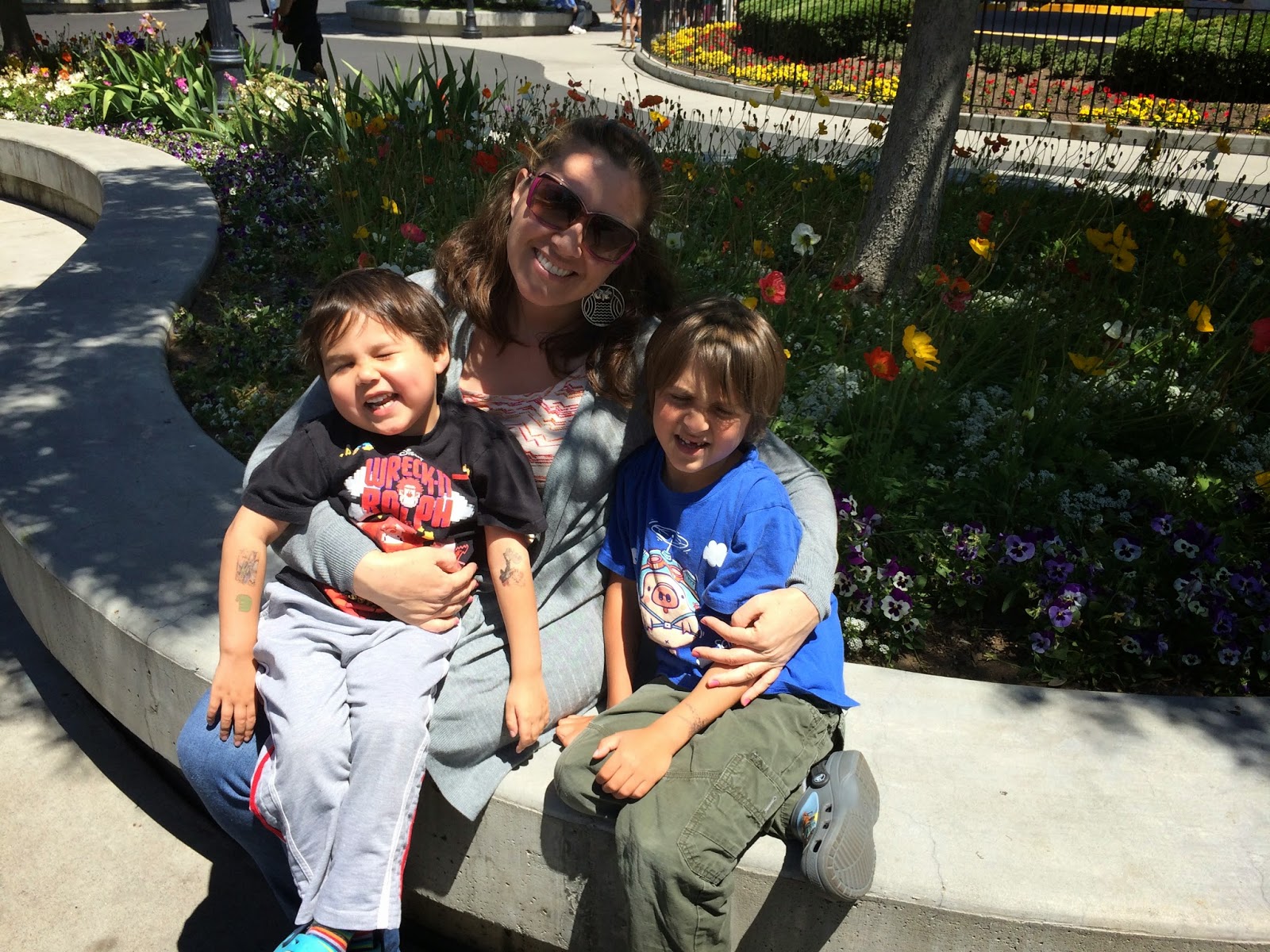 The boys rode on the carousel (a couple of times), when we first walked in.  I tried to capture a number of pics of Callum but he was too far away and hardly ever looked up to smile.  ;-) 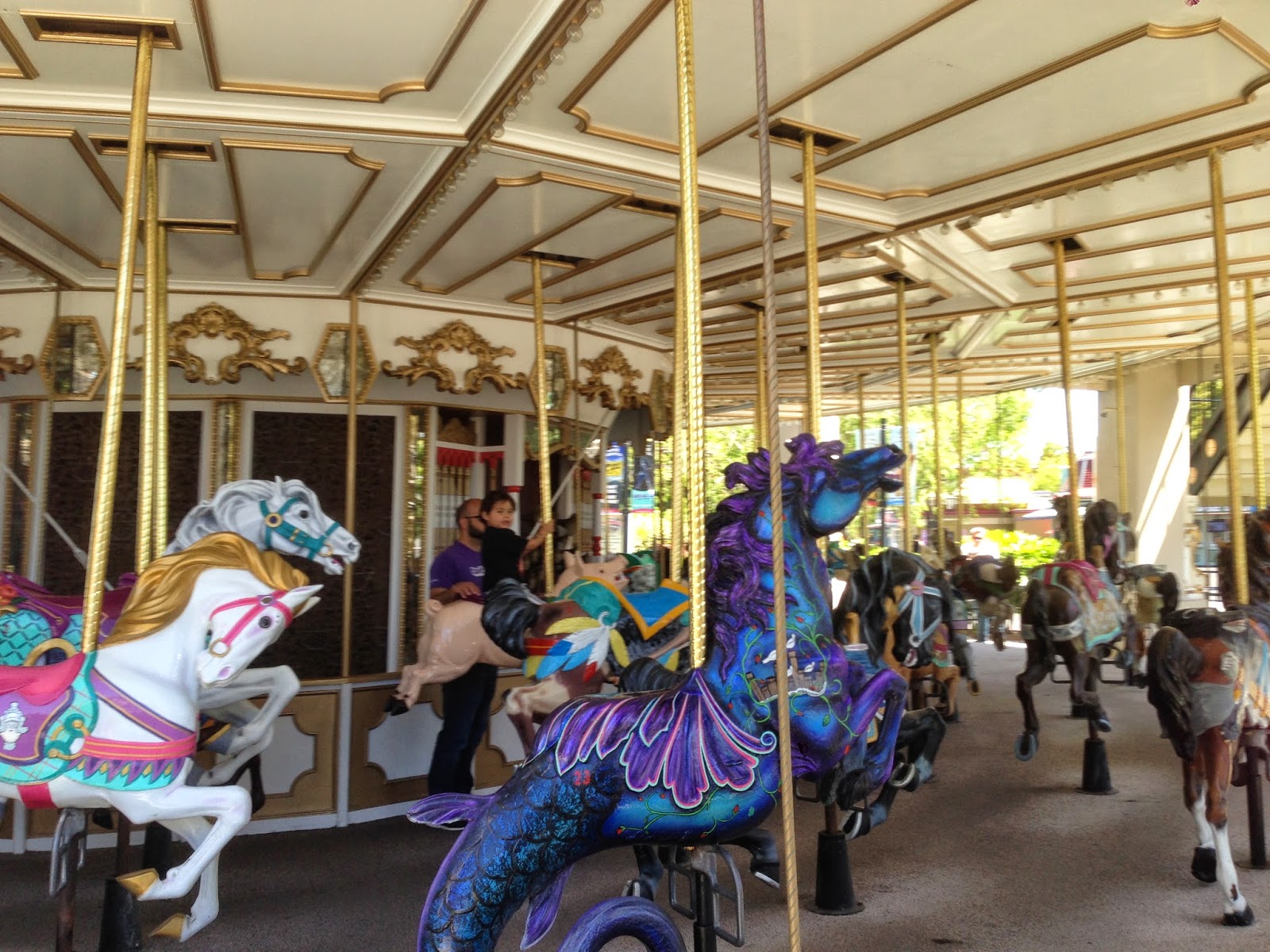 Logan was VERY interested in the carnival-like booths that you'd pass every 10 feet, so we did a lot of observing and watching (and he begging to us to let him play).  I told him he could play one game out of the entire park, so to choose wisely.  He decided on a bowling ball game (because hey! surprise surprise, it looks easy) and lost every single time.  He was SO frustrated afterward - a tough lesson to learn, that these games were actually much harder than they looked, and designed that way, to take your money.  He still didn't quite understand why it was so hard, and he still asked to play a few more games after, but for the most part, he was okay with it. 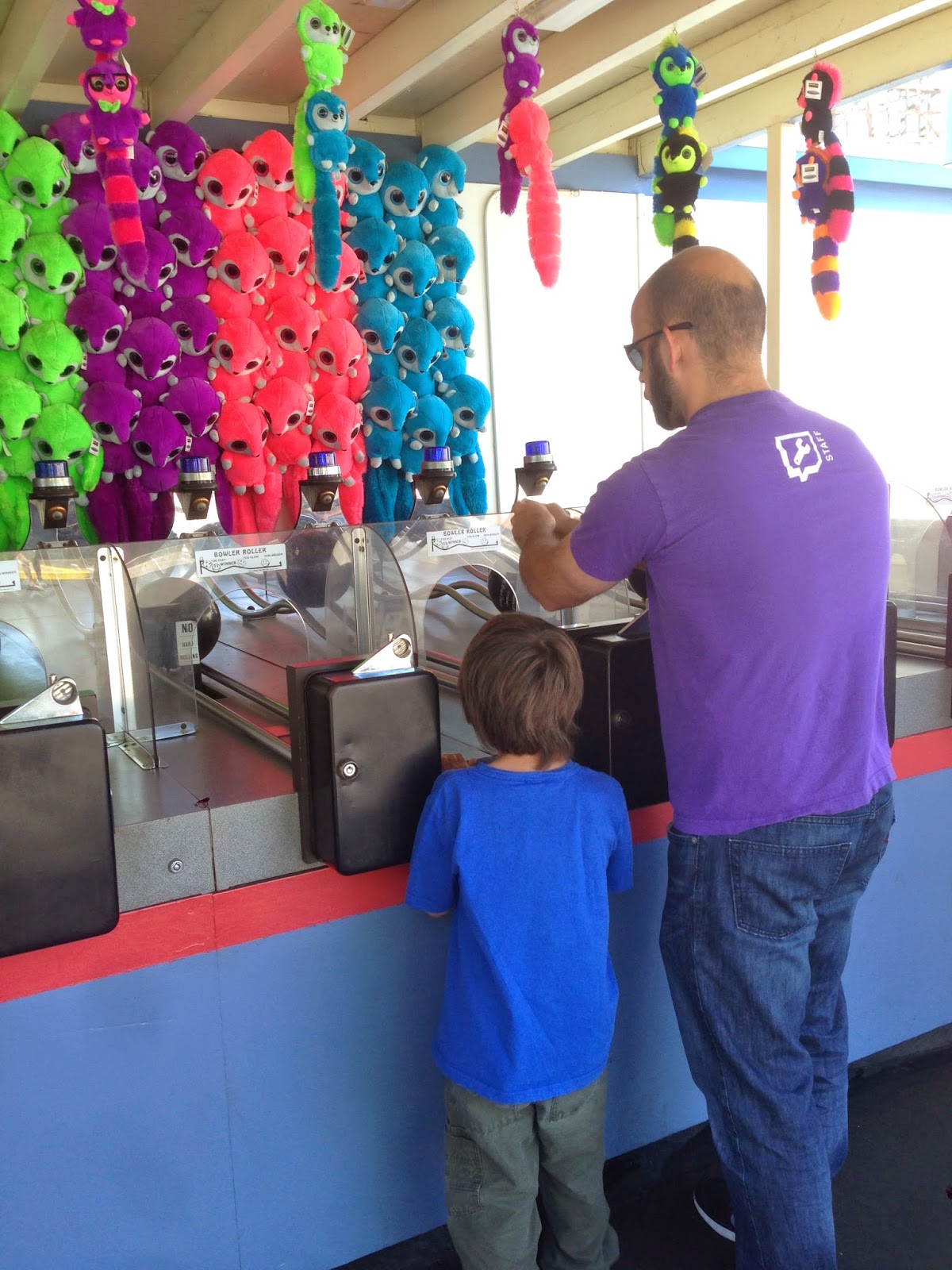 Later, we got to the area that the American Cancer Society has roped off just for us families visiting (the park is actually open to the public) - and inside this area they had food and ice cream and soda galore.  Games and sand pits and balloon making clowns and musicians.  Logan ran up to me with a big ice cream cone, exclaiming, Mom!!  Here, all the food and games are FOR FREE!!  :) 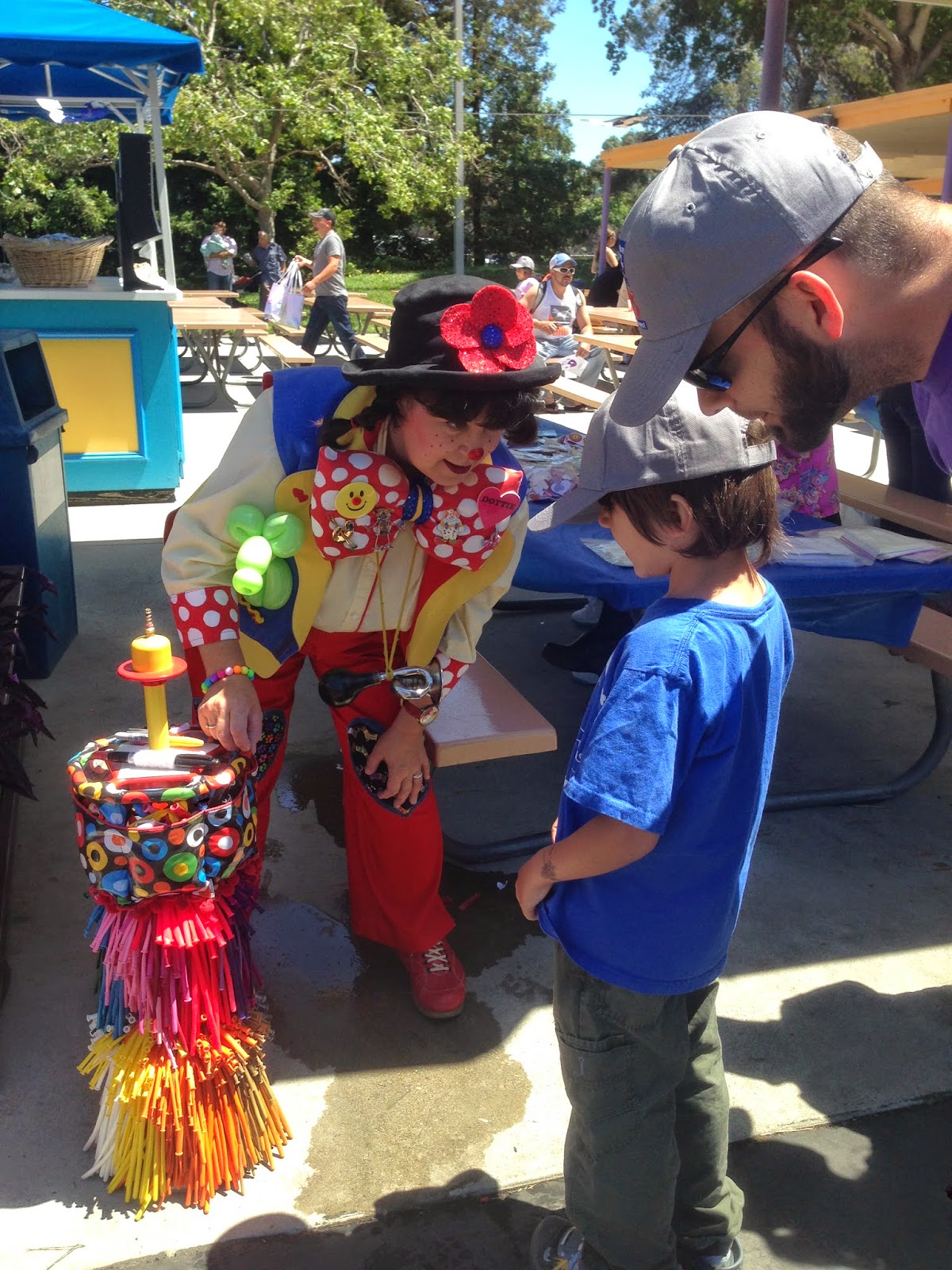 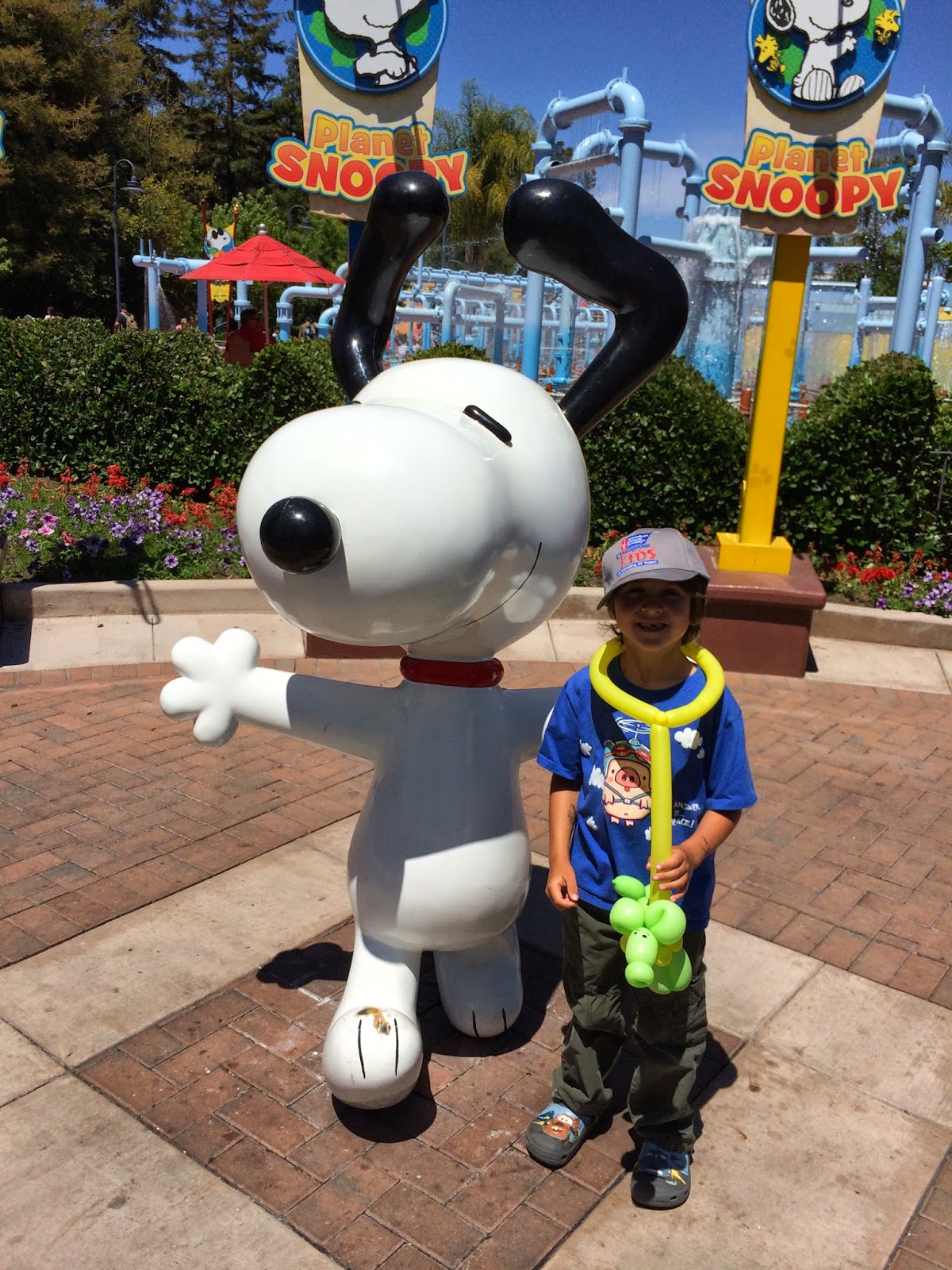 Callum got pretty grumpy toward the tail end of our visit - and as suspected, he was in desperate need of a nap, and fell asleep in the stroller on the walk back to the car.  Logan was also pretty tired (we had stayed up late the night before visiting my parents and brothers for a nice family dinner) and conked out (most uncomfortably-looking I might add!) on the ride home. 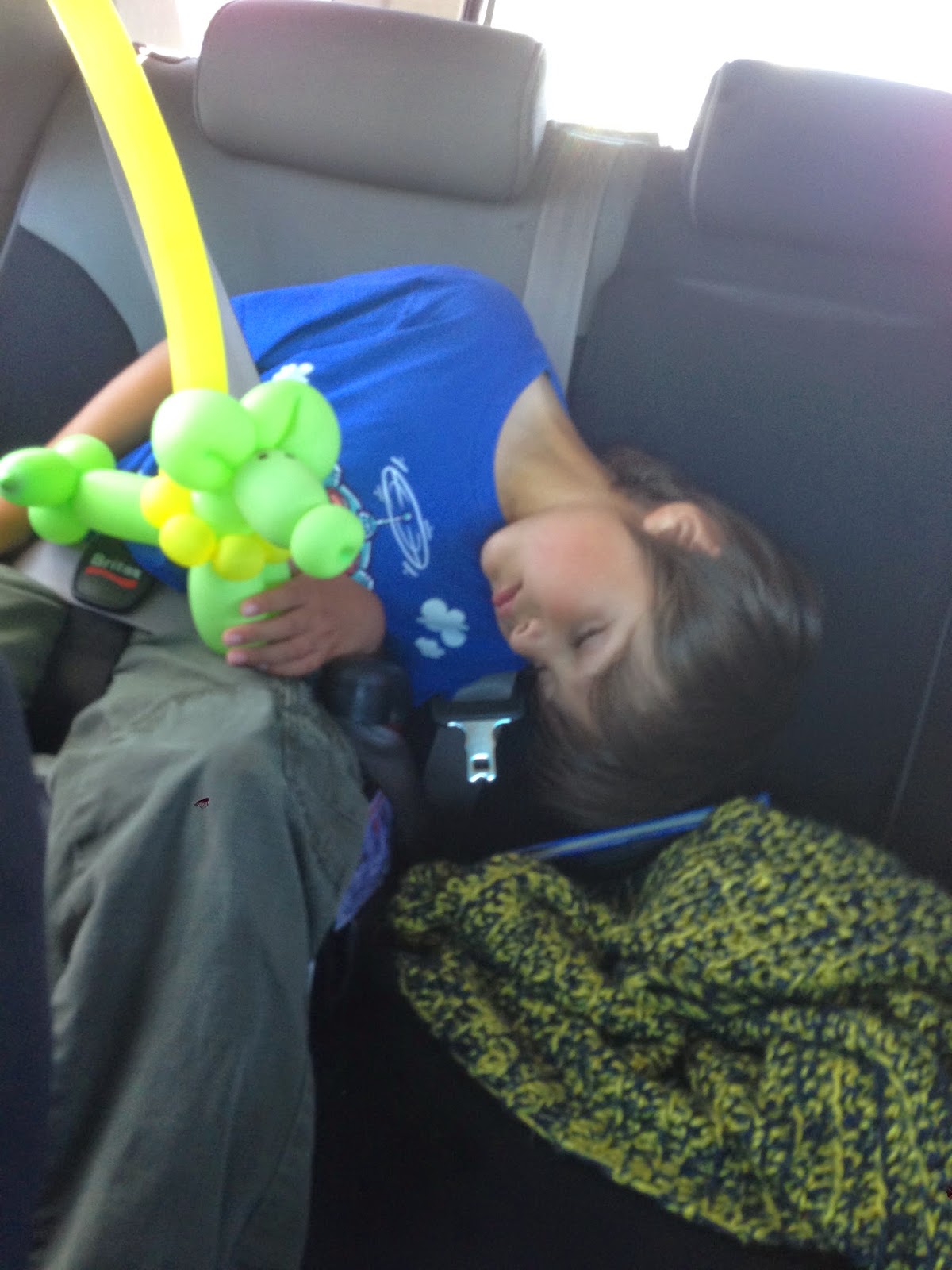 The boys got cool hats along with some other goody bags from the day's event.  I got a fun Courageous Mom corsage, so I thought I'd take a "selfie" to document it, when I got home.  ;-) 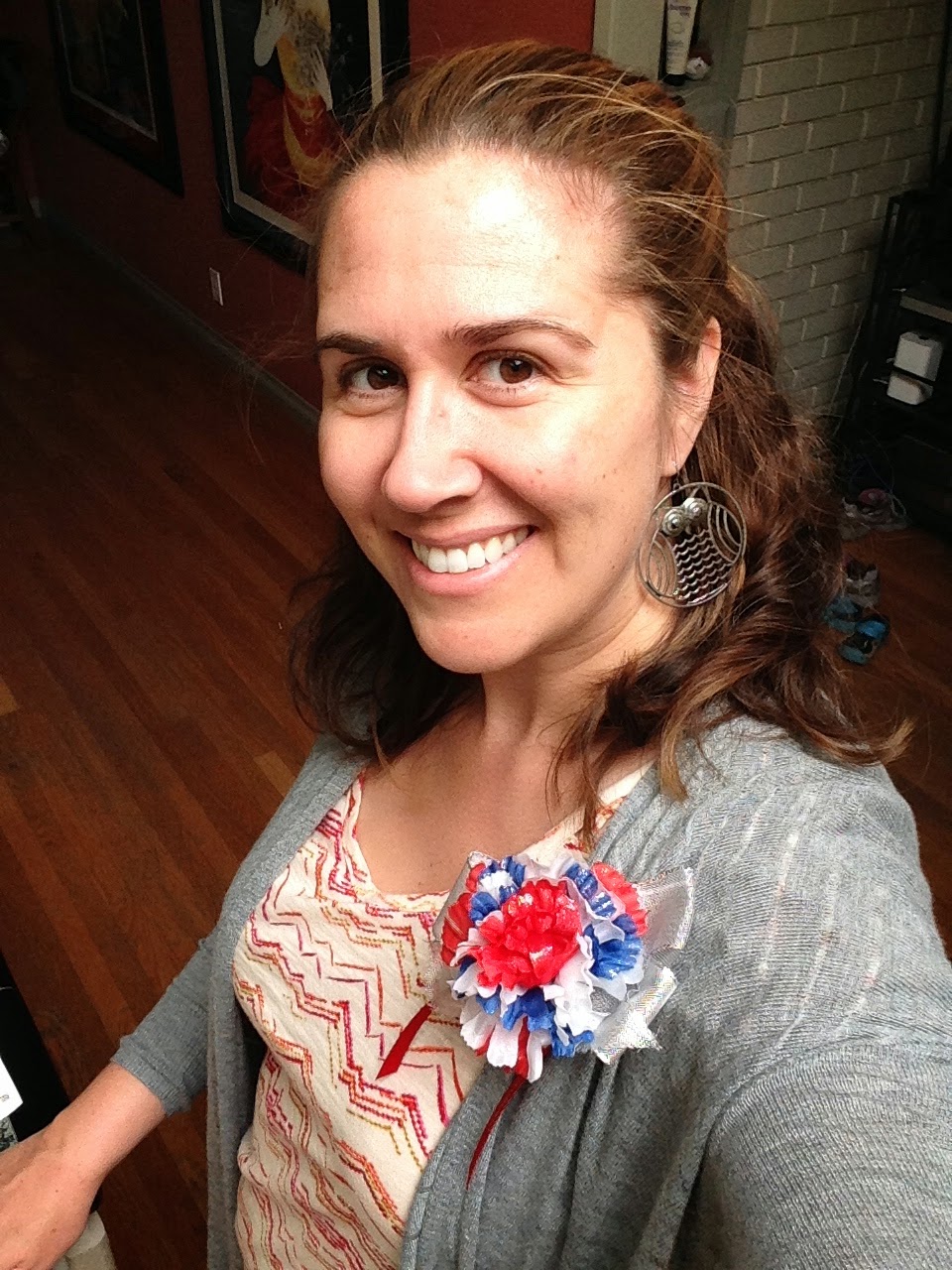 And finally, a couple more "selfies", taken by each of the boys, today: 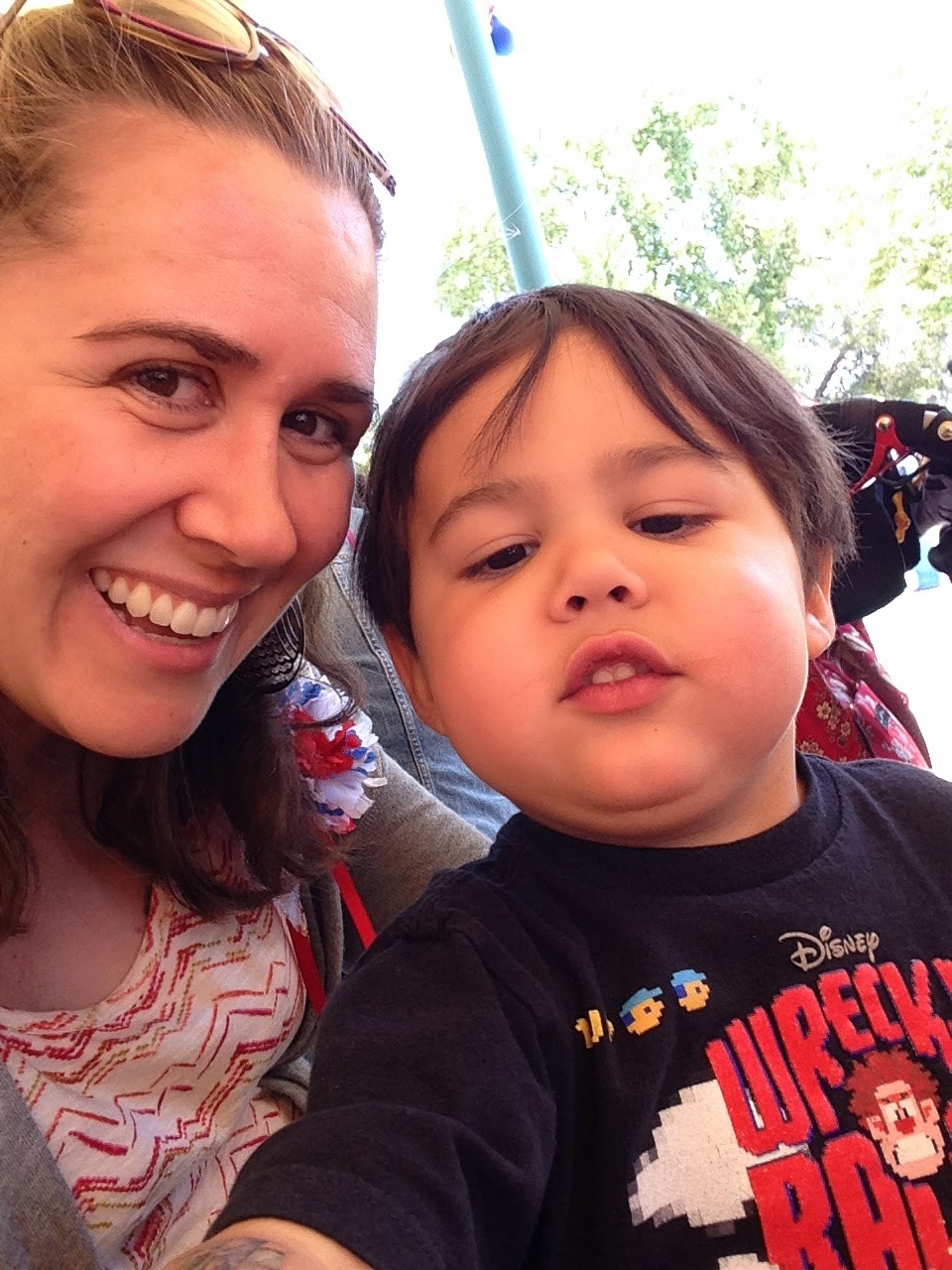 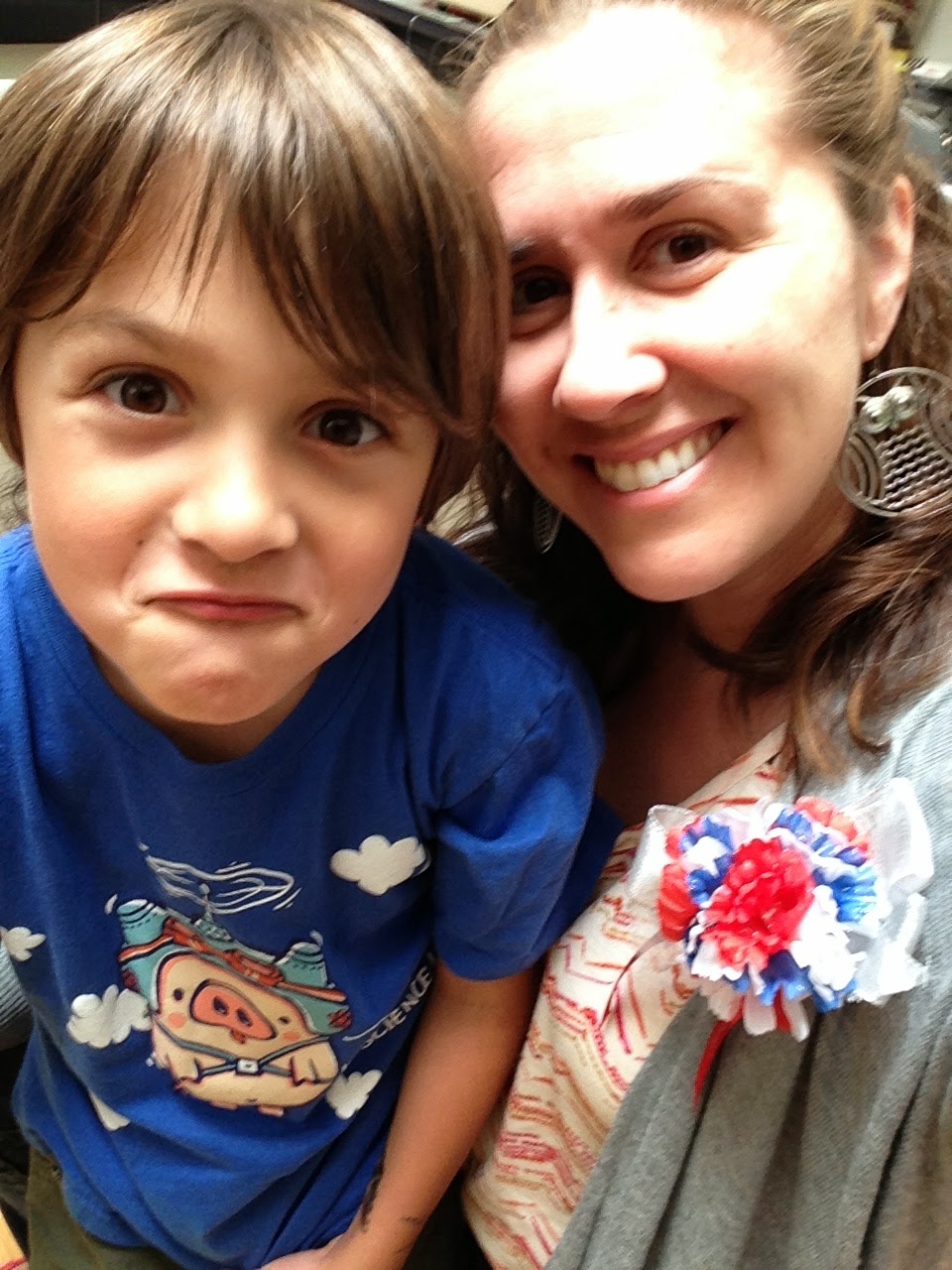 Happy Mother's Day to all!!