So, our calculations were correct this morning, as I got confirmation from Logan's teacher that he indeed completed 12 laps at his school's Walk-A-Thon!  A surprising amount for our little guy and we couldn't be prouder!!

I also tallied up his pledges this evening and am happy to report Logan raised $2000, all by himself!!  (Actually, it may be a bit more after I calculate final numbers, since Apple will match anything that we contribute)  He is particularly excited about this - since it's such a large amount!!!  Yay!!  We are so thankful for our strong community of friends and family who are supporting us each and every day.  I'm sure the American Cancer Society will appreciate the support as well - thank you!!!

I didn't have my good camera with me, since I needed to keep Callum close by, but I did try to take several pics of the pandemonium from the morning, to document the event.  :)  And, another mom caught a few of us too, that she sent to me.  :) 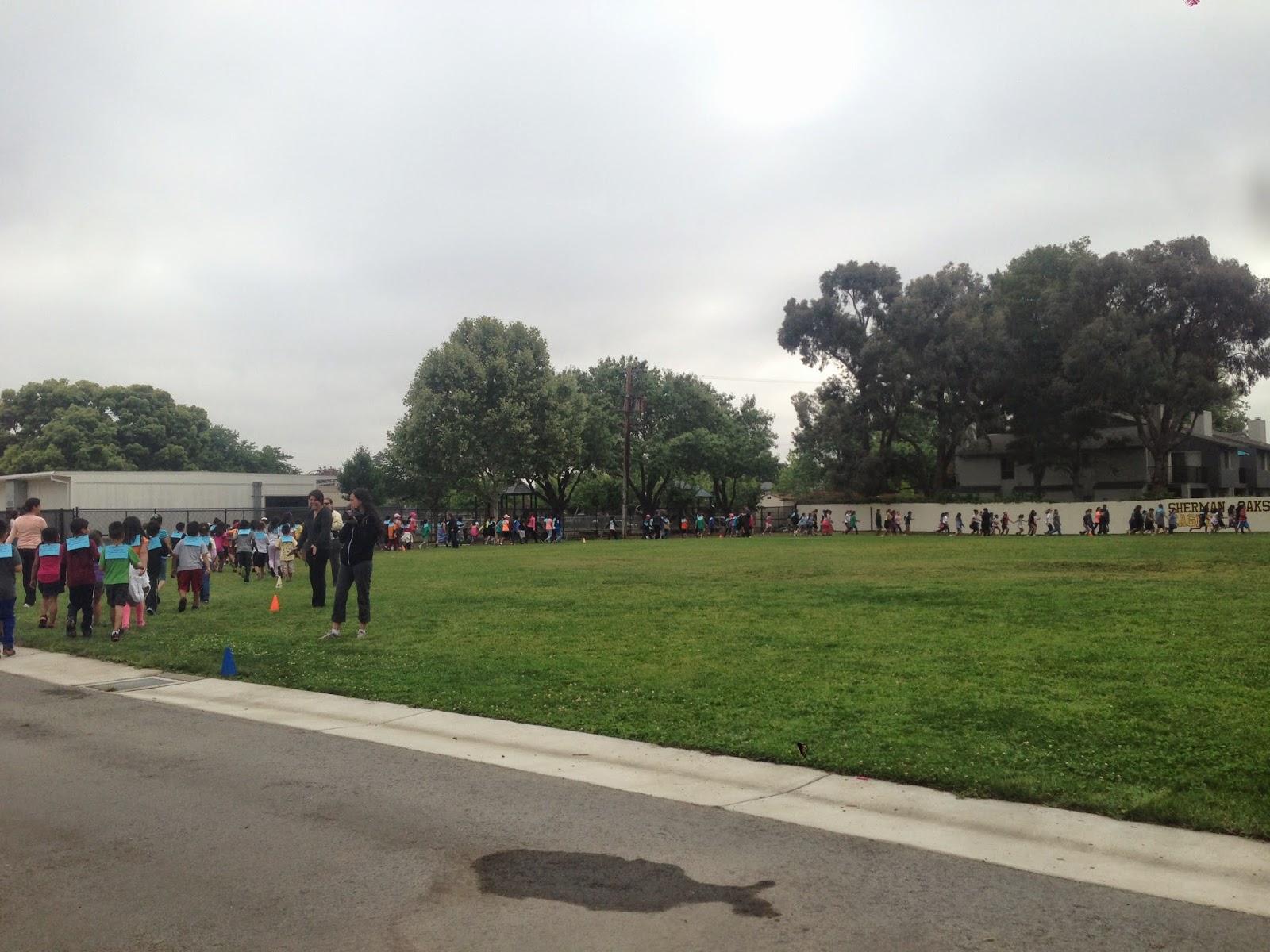 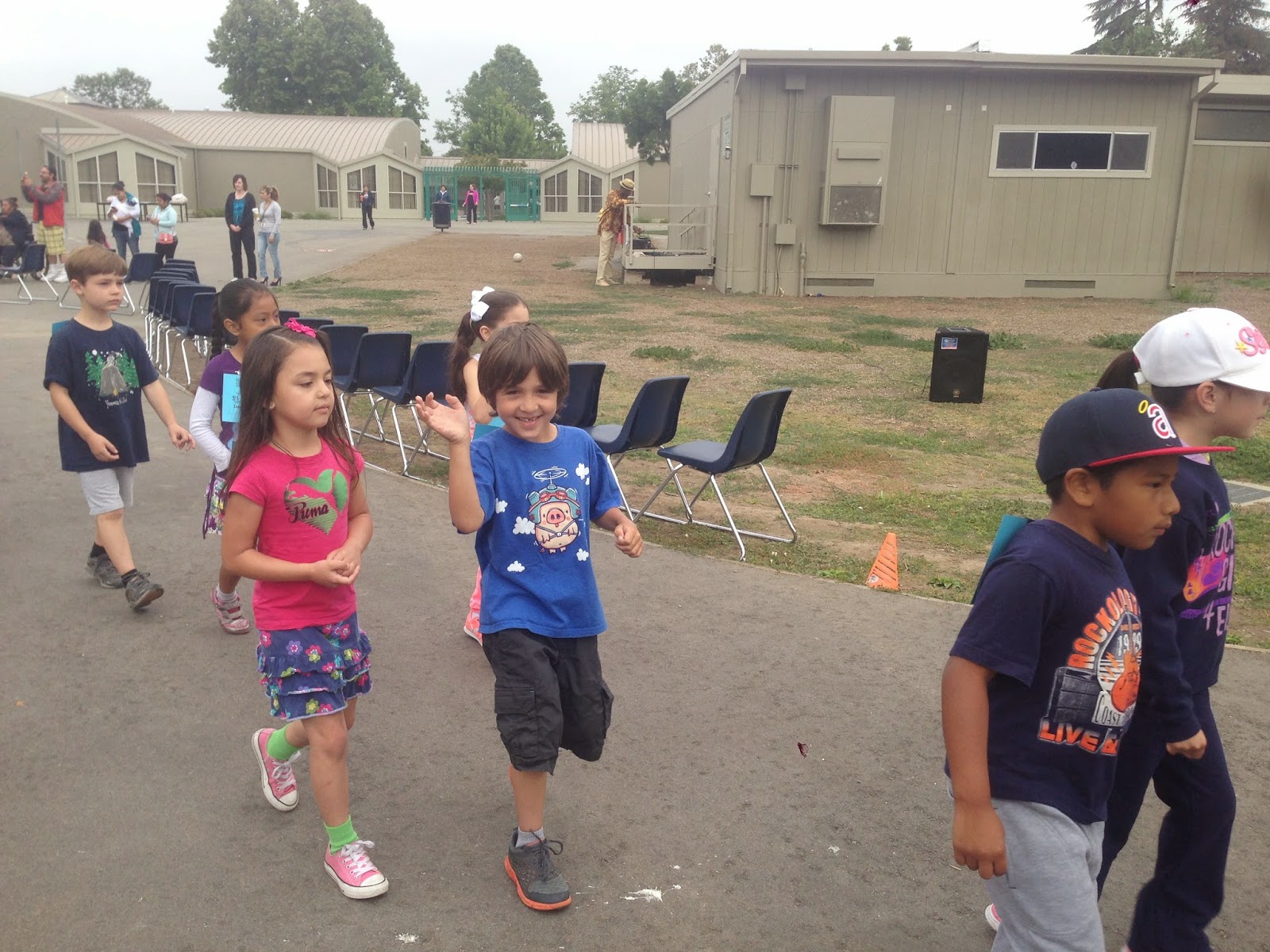 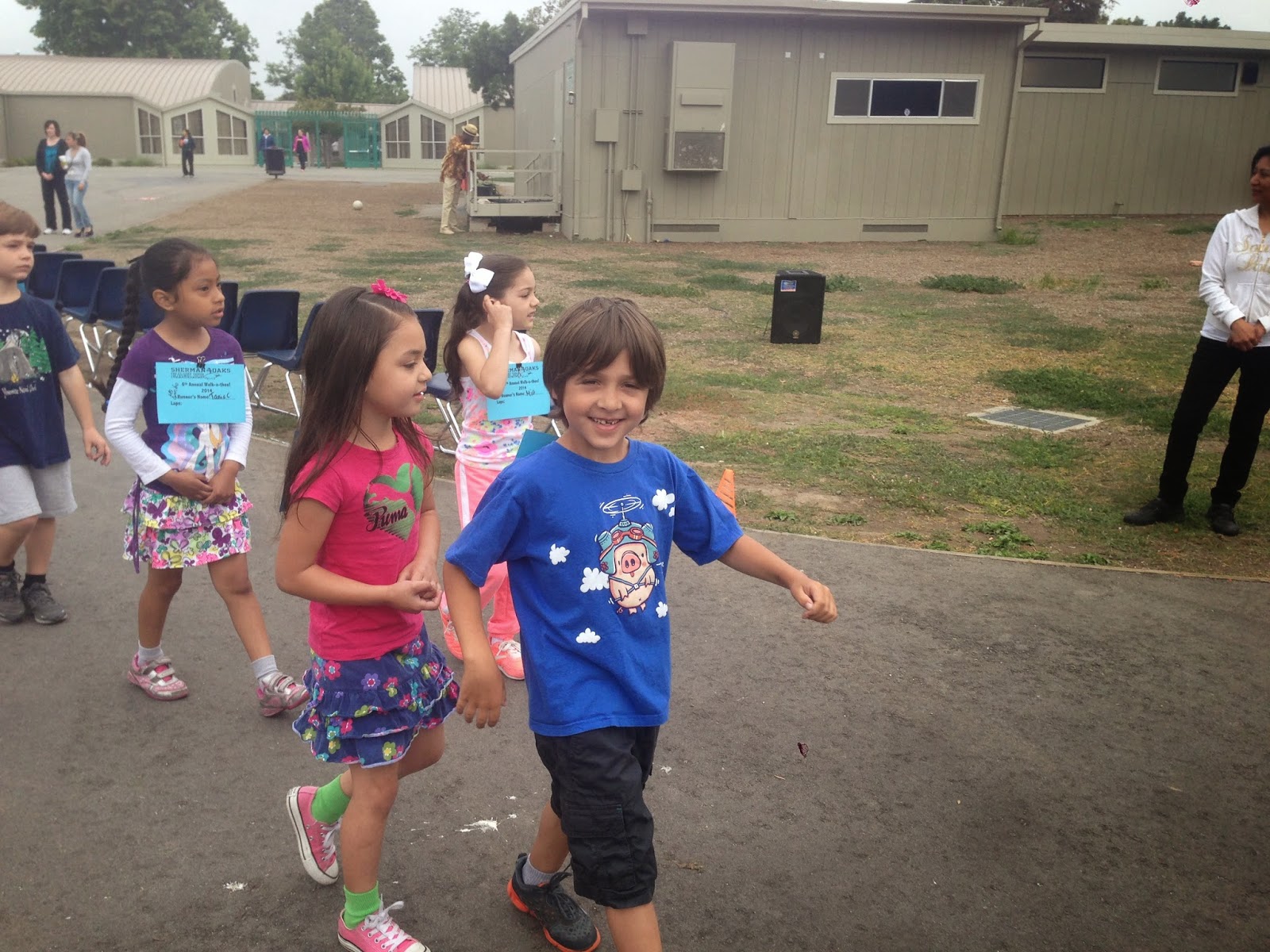 Logan started off very cheery, excited and strong - running most of his first few laps.  But alas, after about 4 laps of running (with some rests in between), he started to wear out.  :)  About then, he ran into a buddy of his - so the two of them slowed their pace dramatically and moseyed along like two old men, chatting about who knows what the entire time.

(Here's Logan, introducing me to his buddy as they walk by) 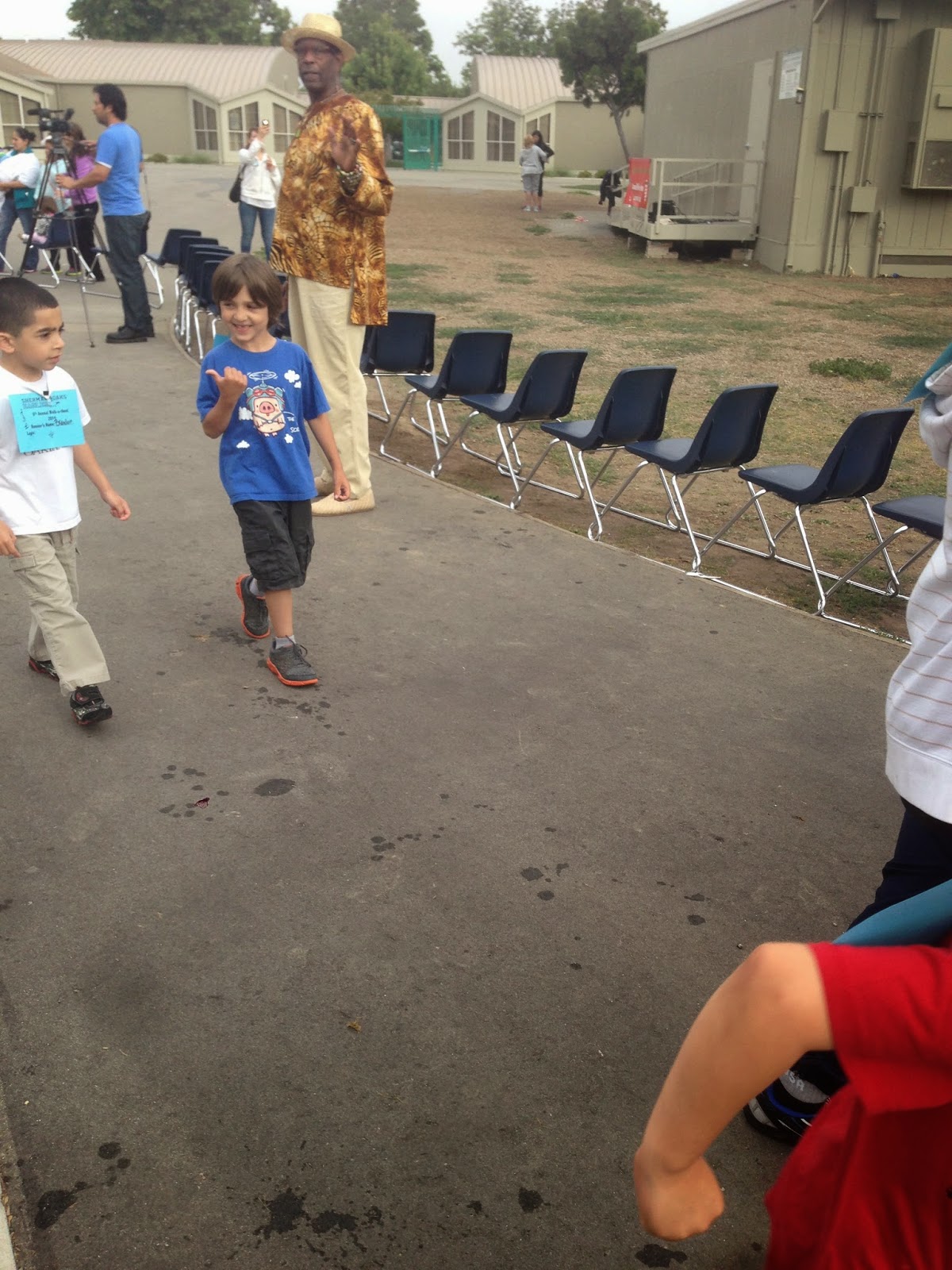 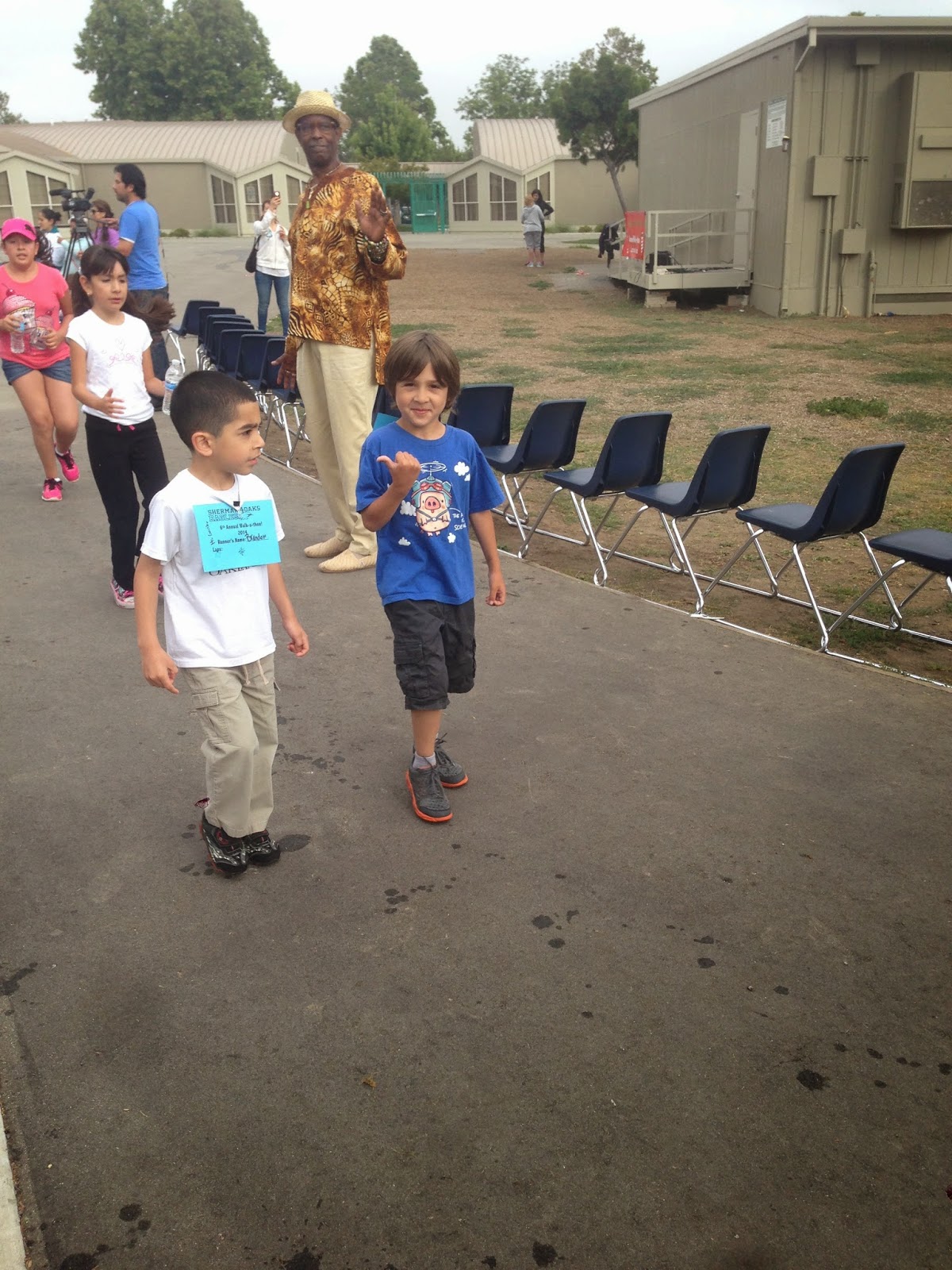 After a few more laps, I tried to encourage the two to pick up some waters on their next lap, which they clearly weren't thinking about (but would complain anytime they neared us and saw me).  Finally, we just grabbed a couple of waters for them, and Callum handed one out to Logan on his next lap around, which was fun for both of them.  :) 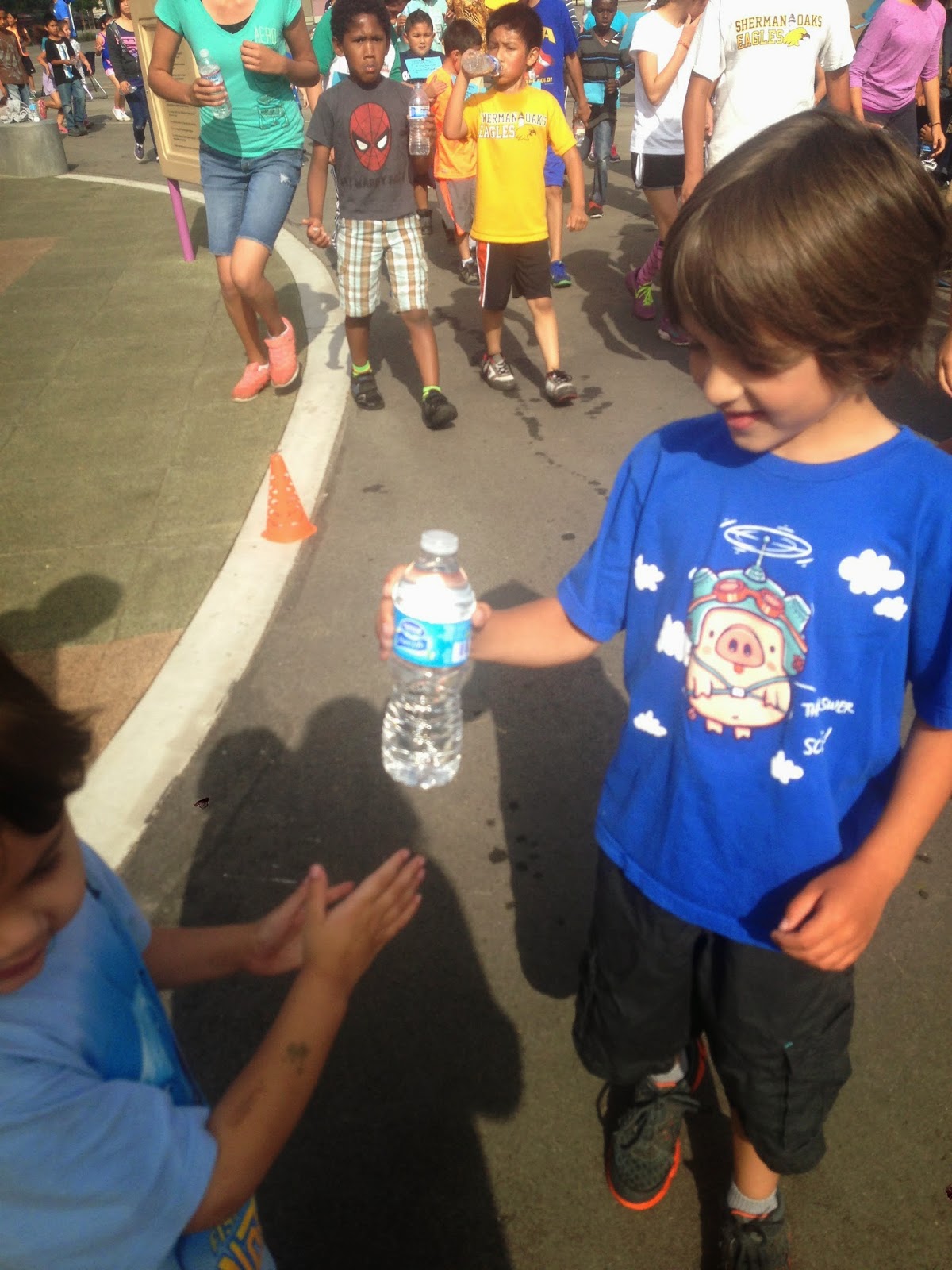 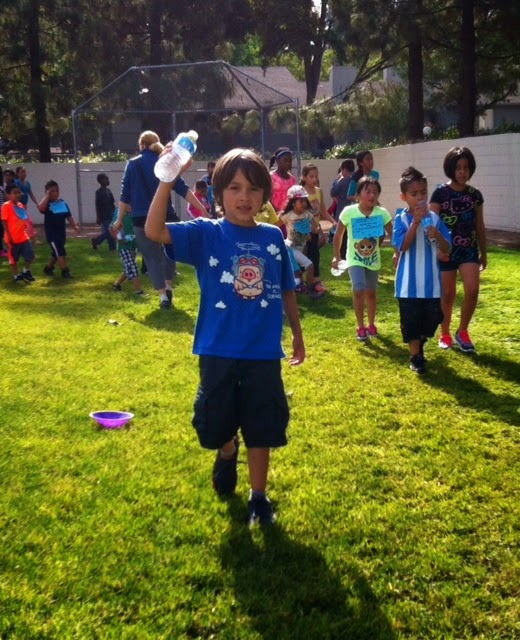 As he neared 10 laps, Logan began asking me to count how many he had done (each of the kids had "bibs" that they wore on their back, which the teachers would stamp each time they completed a lap, so that we'd know how many laps they'd completed).  After I counted 10 (or so I had thought, it turns out later I miscounted and he had actually completed 11 by then), he had decided enough was enough, and wanted to stop and relax. 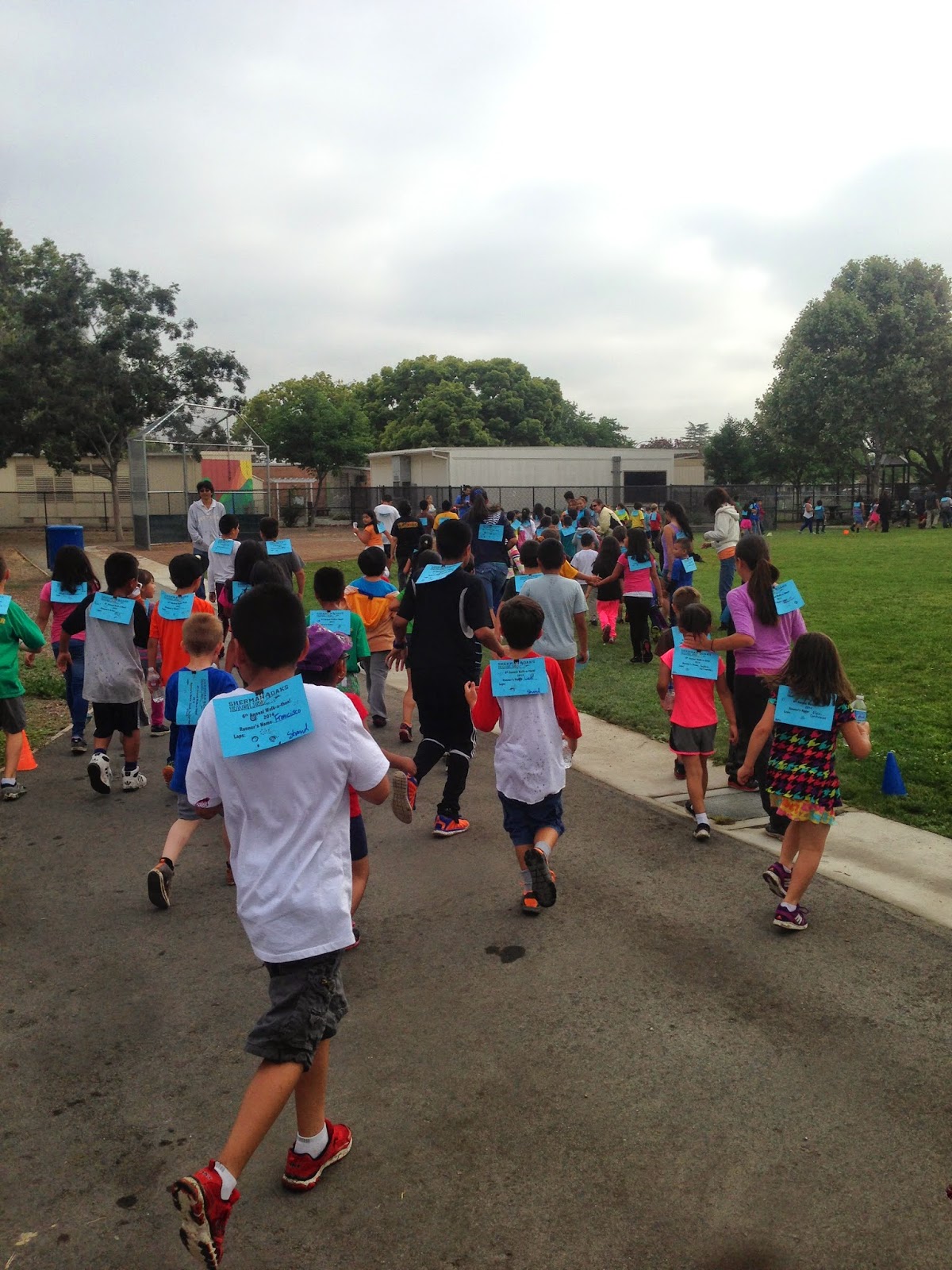 But, we still had a few more minutes left of the Walk-A-Thon, so I asked Logan if he'd be up for one more lap, if Callum and I walked with him.  He excitedly said yes, so off the three of us went!  I snagged one quick pic of the three of us holding hands, but as you can see, it's not that thrilling. 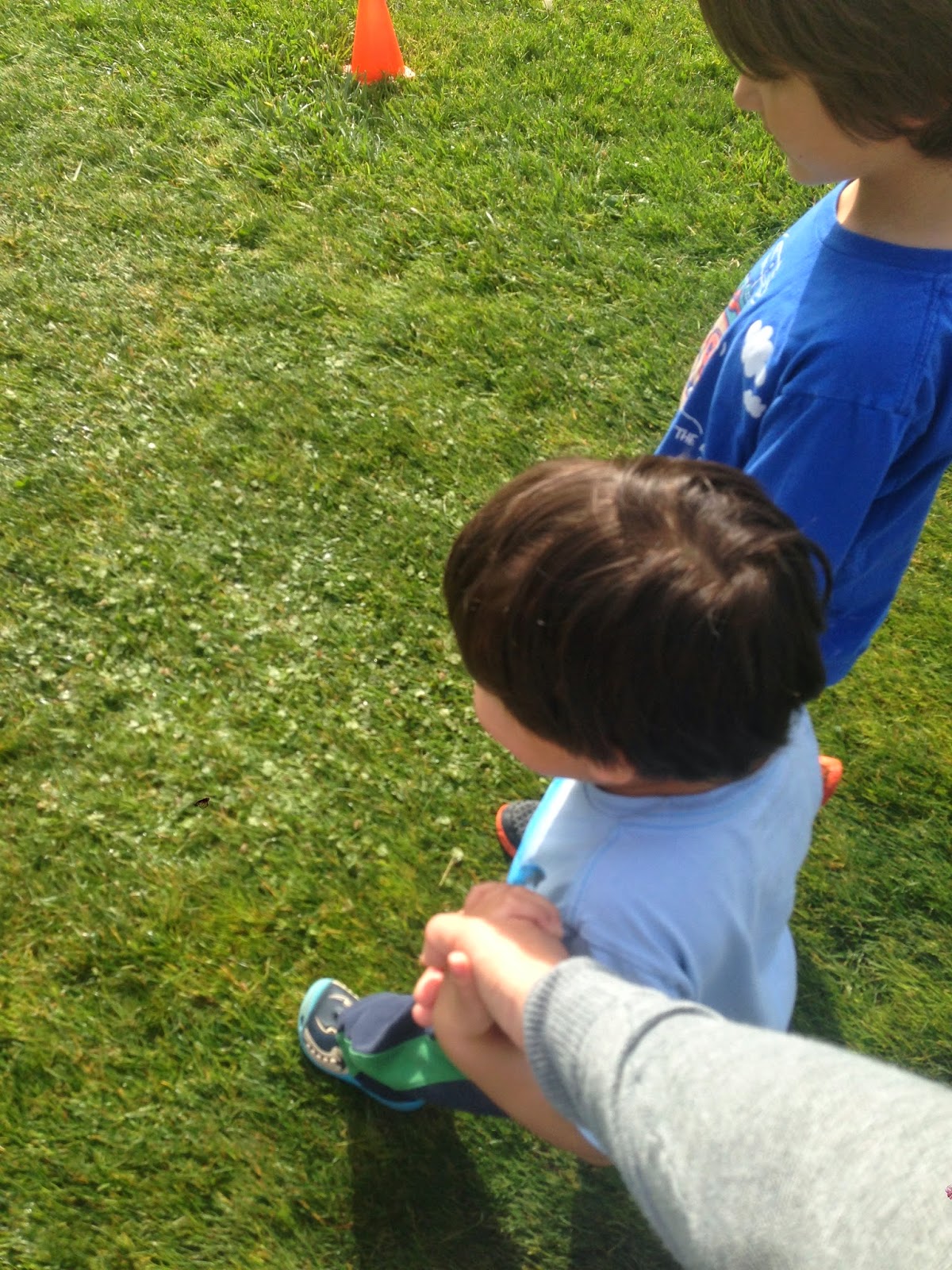 As we walked, Logan yelled out to several of his friends who we passed - Hey!  Look!  This is my brother Callum!  He has cancer!

It was pretty damn adorable.

Thankfully, one of the pics our friend snapped was of the three of us!  I'm so happy she did (even if my outfit isn't particularly flattering on me, just disregard that for now).  :) 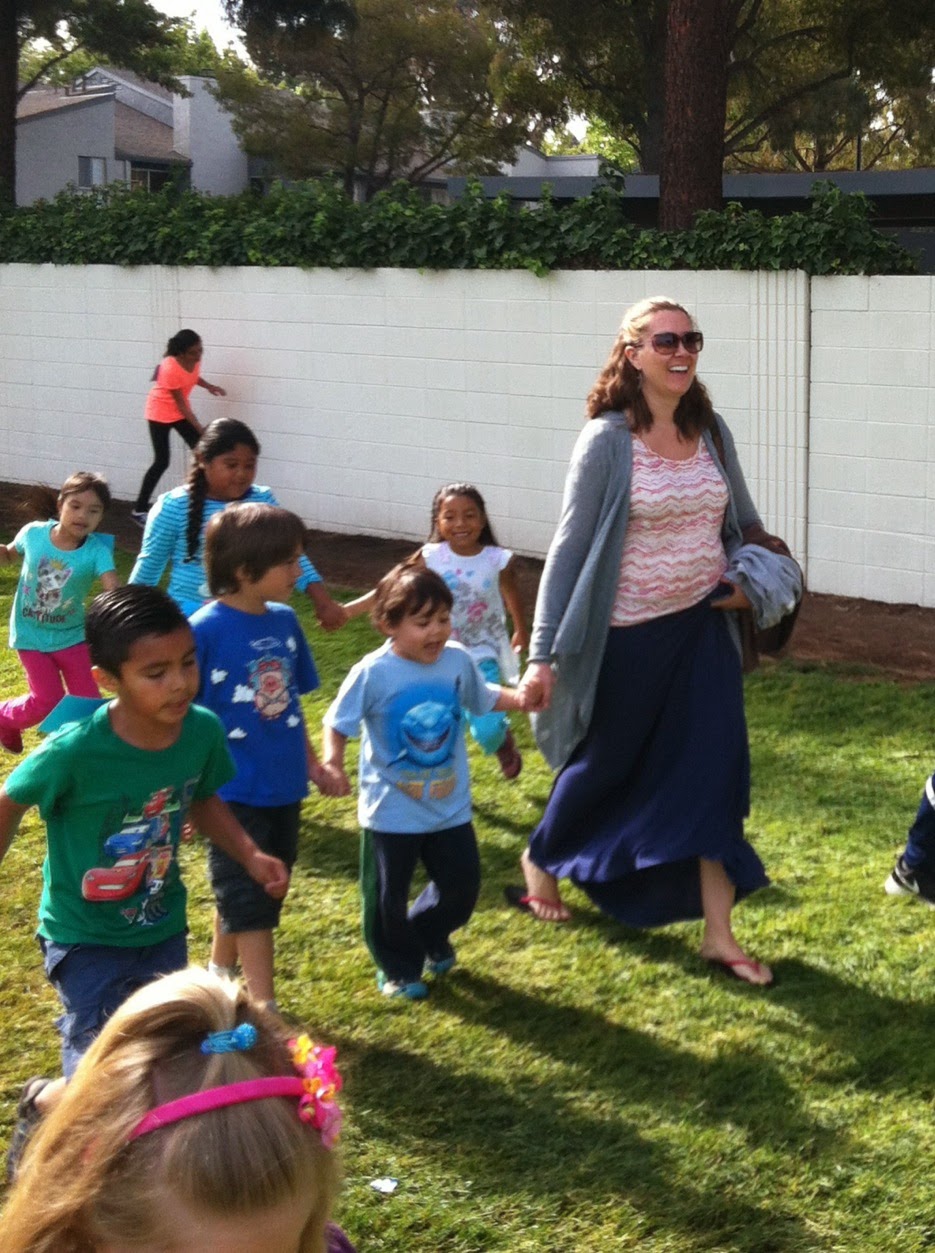 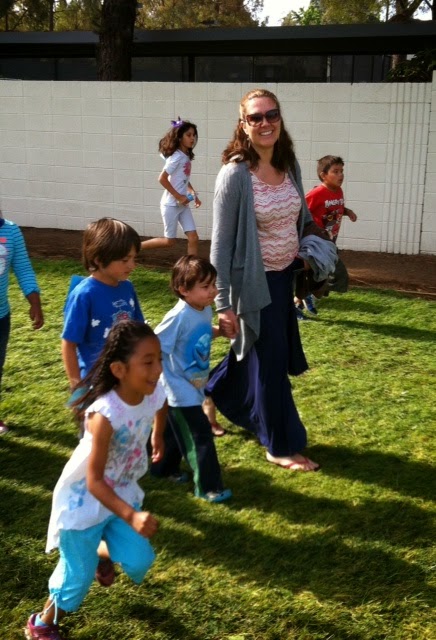 Callum got his hand stamped for his single lap, since he didn't have a bib on, which pleased both boys immensely.

After the walk, all the kids lined up to grab bagels and then headed back to their classrooms for the day.  Here's the champ resting after a pretty big workout.  We really enjoyed the event, and can't wait to do it again next year!!!  Thanks again to everyone for your support! 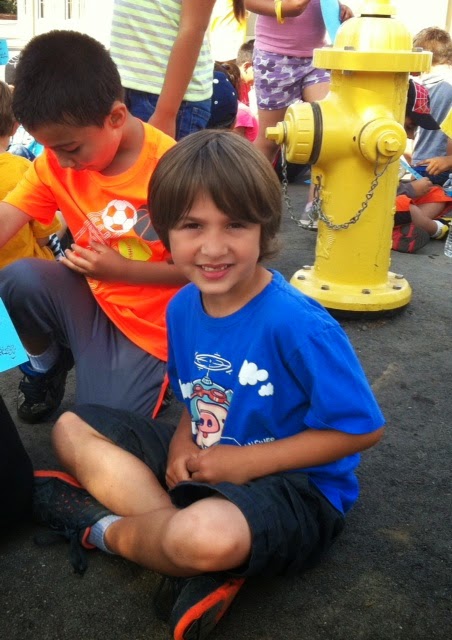