A couple of weeks ago, the boys and I headed down to the rec center to check out the water polo class being offered this summer - it's meant for young beginners, and taught by a couple of the boys in the neighborhood who are on the high school team and want to share their love of water polo with the neighborhood kids.  Logan was interested in checking it out and I'm all for encouraging it!

So, we watched the practice - but it was quite advanced - mostly because three of the four kids are super athletes (all from the same family - a very athletic and strong swimmer family) and had taken the class previously in the Fall.  So, I guess the instructor just tailored the class to their level, but it was majorly intimidating for the boys (and me, frankly) to watch!  I didn't say it, but shared similar reservations as my boys, when they said "we can't do that!!"  :)

Fast forward to this weekend - when the mom of Logan and Callum's two friends (the boys are the same age as my boys and have been spending a lot of time together this summer) texted me Saturday night and asked if Logan and Callum were going to give the water polo class on Sunday morning a try.  I told her I didn't think they were too into it from our last visit, but might be more interested in her boys were also going.  She replied that her boys were ONLY interested in going if mine went!  HAHA  So, I told Logan and Callum - who said sure! let's do it....

So, Sunday morning we headed over to the rec center again, this time ready to join the class.  The class was MUCH more junior, and at an appropriate level for the boys to join in (I think it helped that the super athletes weren't there this weekend - so all the kids were at the same beginner level).

They practiced swimming laps doing free style arms with breast stroke (frog kick) legs - quite hard!  They also practiced treading water in the deep end using an egg beater motion with their legs - quite hard!  And then they practiced handling a water polo ball, tossing it back and forth to each other and into a net.  At the end of all of this, they set up a little scrimmage to get the feel for what a game might be like.  You could tell the kids were wearing out quick - since most of them couldn't touch the bottom of the pool, and could hardly keep their head above water when they tried to raise a ball above their head to shoot or pass!

Callum was really not interested and only mildly participated in some of the practice strokes and ball passing - but finally had enough, and got out when it was time to play in the scrimmage.  So, I'm not really sure he'll stick with it - but Logan did great!  He really hung in there for the full practice and seemed to have moments where he enjoyed himself (there were also plenty of moments where he was super frustrated, tired and cranky - let's be honest).  Unfortunately, the practice sort of ended on a sour note for Logan, since he was close to the net when his team was trying to score, and got smacked in the face with the ball when the goalie hit the ball out.... So, that was a bit of a bummer (he reacted really strongly about it - but I don't think it hurt him too bad, it was more the mixture of being exhausted and caught off guard by the hit than anything).

But, he perked up soon after practice was over since we (the moms) bribed all the kids with ice cream treats to enjoy afterward.  ;-)  And, when the coach offered a ball to take home to practice, he excitedly said yes! and asked me if we could practice at home too - so we'll see how it goes....

I forgot my phone, but our friends captured a few pics of the boys that I thought were really awesome.  :)

(the first few are of Logan in the goalie's cap playing goalie - you can see he's barely able to keep his head above water!  the last set are some of both boys, learning how to shoot and taking shots on goal) 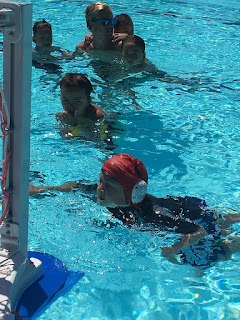 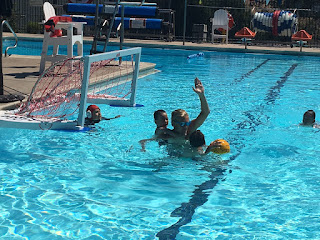 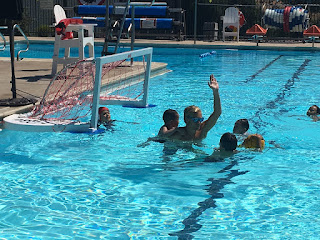 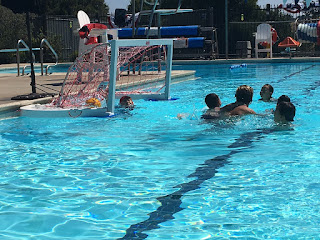 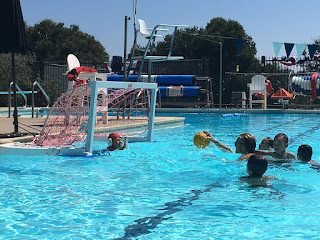 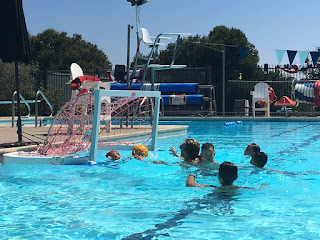 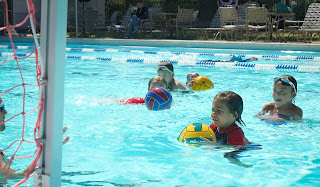 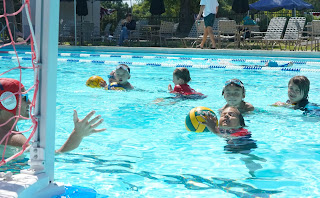 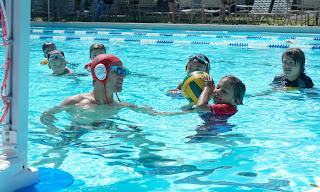 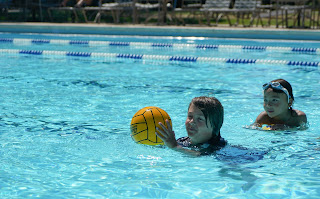 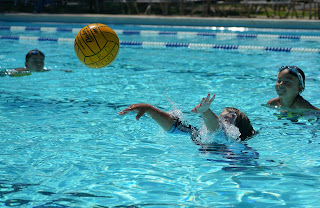 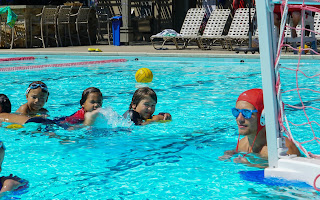