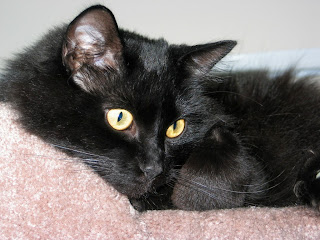 I mentioned a couple of weeks ago that a very large tumor found on Iz, caught us by surprise.  I haven't blogged about it since then, but the lab results DID come back cancerous a day or two later - in fact, the lab actually remarked it was a very aggressive strain, from what they could tell.  I had expected the news, but it's never anything you want to hear regardless.

So, the last couple of weeks we've kept Izzy indoors and have watched him closely.  We knew he didn't have much time left, but no one knew how much time exactly, and there wasn't much we could do about it.  I talked to the vet about "options" - but because his tumor was so large, they felt that surgery likely wouldn't get all of the tumor - which meant we'd either have to treat the rest of the remaining cancer with chemotherapy and/or we'd possibly risk the cancer returning shortly after surgery (which, by the way, would have been amputation, given the tumor had all but taken over his hind leg).

The vets felt that amputation, being as traumatic as it would be for anyone, wasn't the right answer in this case since they couldn't be sure they'd get all of the tumor anyway (this type of cancer is so aggressive, doctors like to cut a VERY wide margin around the tumor to try and ensure that no cancerous cells would be left behind.  In Iz's case, this would have meant cutting into his body wall as well as removing his leg.  It would have been extreme).  :(

It has felt very weird these last two weeks - watching and monitoring his behavior, watching the tumor grow larger and larger day by day, and basically "waiting" for him to die.  It just felt so terrible, awkward and sad.

That said, Iz had actually not shown many signs of being in pain, despite this enormous growth overtaking his entire body.  He still walked and ran (at first) with ease.  He whined at the door to be let outside :)  He ate and drank and pooped and slept.  He acted fairly "normal".

But then, just this last week, his "normal" took a turn for the worse.  He had started limping a few days after our visit with the vet - a slight limp, which worsened as the tumor grew and impeded his movement.  This last week, however, he started really struggling to just walk down the hall.  It was terribly hard for me to watch.  He'd slip and slide - not being able to put a lot of weight on the bad leg or move it at all.  He was still very eager to eat and drink, but couldn't jump up on the bed or couch or window sill as he's done all his life. He started laying around the house - and I noticed he'd choose areas closer and closer to the food, water and litter box, than he has in the past.

I could only assume, though he wasn't "showing" any pain, that the large mass was actually quite painful.  It had swelled up quite large, and knowing how painful a minor swelling in my hip or back could do to me, I could only imagine how much this was hurting him.  The vet said often times, especially with outdoor cats, they don't really show whether they're in pain or not, since that would be a sign of weakness in the wild.  This meant the ultimate decision I had to make was that much harder on me, since I really didn't know how he was doing.  :(

It dawned on me during this period of "waiting," that I've never faced this type of decision when I was younger (I didn't have many pets as a kid and the ones I did have, died without our intervention).  Further, this decision felt, in some ways, more difficult than those that Jon and I have faced before - not because I love Iz the most - I've loved all of our furry kids as much as the others - but because with each of the others, the timing, and therefore the decision, was simpler.

(and let me say I really feel like we've had our fair share of dying pets these last few years! Jeez.)

Zoe (most of you who read this blog probably don't even remember or know about Zoe - but she was Iz's sister - found at the same time, deserted kittens in the woods of Tahoes) had heart failure at an extremely young age, and if we hadn't put her down when we did, she would have likely died on her own that night anyway.

Lola literally went from a joyful bundle of non stop energy to a dying old lady overnight, and she all but told me so with her body language, and mostly, with her sad sad tired eyes.  I still well up with tears when I think about Lola's last morning with me, and our sweet good bye to her, but I knew it was time.

Twyla (who we rescued shortly after Zoe died, to provide a "playmate" for Izzy), tragically, got hit by a car.  The decision was sadly, made for us.

And Sanka, surprising us all with her resilient longevity, also knew it was her time, as everything began shutting down and her old bones finally gave out.

But poor Iz - I think he would have continued on, and tried to fight the big bad Cancer, if he could.  He struggled to make it to the food dish each day, but he still made it.  He'd pee and poop in the litter box.  He wasn't having issues, save for this mass literally taking over his body.

I finally took him back into the vet on Friday afternoon - I was starting to carry him to his food and water because I could tell it was too hard for him to trek across the house.  The vet said it wasn't an easy decision - given he was still interested in eating and drinking (good signs!), yet death certainly was looking for Izzy's door.  The vet could also tell *I* wasn't ready - and he was right, I really wasn't.  I wasn't ready to put him down that afternoon - without having talked to Jon or the boys, or accepting the news myself.

So, he did as much as he could do to help Iz (and I).  He drained the tumor (per my request, I thought maybe if it were smaller or if the draining reduced some of the pressure, that Izzy could walk a little easier) and he prescribed some pain meds.  And then he said to give him a call whenever we were ready.

I went straight to the boys' school to pick them up after the vet - so I was still a bit red-eyed with dried tears, and had Izzy with me.  I explained to the boys, during the ride home that night, that Izzy was dying, and was in a lot of pain.  I told the boys that we needed to say good bye to our Izzy tonight - because I didn't think he was going to live much longer.

Callum didn't really comprehend the severity of our discussion of course.  But Logan definitely did.

He was very concerned and worried - and asked me A LOT of questions.  He wanted to know why Iz was dying - I explained he had a disease called cancer that was taking over his body - that Izzy has been trying to fight the cancer, but the cancer is very powerful and strong and has been winning (which is why Iz is in so much pain now).

It was interesting to see how he processed the news, and to hear the questions back.

Can we get cancer too?  (yes, we can)  Do only old people get it or do younger people get it too?  (usually, older people get cancer but sometimes younger people get cancer too)  Do we have cancer?  (no, we are lucky and do not)  Can we get it?  (we may get it some day, but hopefully we never will)  Does cancer always kill?  (cancer usually kills, but sometimes if the doctors catch it early enough they can cut it out before it takes over the body - but in Izzy's case, the cancer was much faster than the doctors and the doctors couldn't cut it out in time)  But how do the doctors cut it out?  How do you live after it is cut out?  (if the cancer is slow and small, sometimes the doctor can cut around it and sew you back up before it gets bigger - your body is able to heal after the doctor sews you up and then you are all better and have beaten cancer)  etc.

Those were the main questions I remember, but he peppered me pretty much the entire half hour drive home with a number of variations of the above.

Given how I talked about cutting cancer out, and didn't dive into the details *AND* I even showed him Izzy's tumor when we got home - he now thinks cancer (in general) is a tumor.  For now, I think that's fine.  In the end, he understood what it all meant and told me he felt really said and was going to miss Izzy a lot.  I told him I was going to miss Iz too.

We gave Iz a lot of hugs and pets and kisses that night - and, Logan made me text Jon (he wasn't home yet) to tell Jon to say Goodbye to Iz too (which Jon did via text).

And, before bedtime that night, he pulled up his shirt and told Jon he needed to check for cancer before going to bed.  We thought that was sad, but also a little cute too.

I had been feeling guilty about my decision to keep Iz alive on Friday and take him home - it felt like I was postponing the inevitable and potentially keeping the little guy in pain.  But, amazingly, after the conversation with the boys during that ride home, and the constant questions which allowed me to explain to Logan why Iz wasn't winning his battle, was cathartic in a way - and it somehow brought me closure myself.

I knew, after talking to the boys, that it was time to put Izzy to rest.  But I also knew, that we needed that extra night as a family together to say our goodbyes and process the news in each of our own ways.

I think Izzy must've known too - since, the next morning, his condition continued to degrade.  For the first time since he was diagnosed, he didn't bother struggling the long walk to his food or water, didn't bother to eat, but stayed hidden in a corner of our den out of reach from us all.  It was time to let go.

We love you and already miss you deeply, big guy. 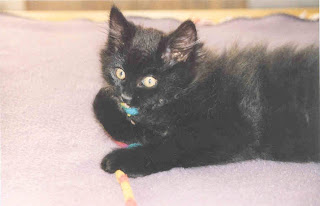 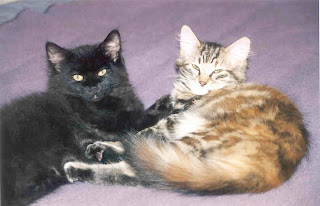 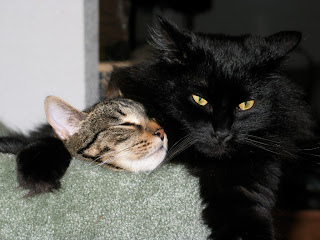 And finally - pics from Friday evening....