A day with the Cables Family 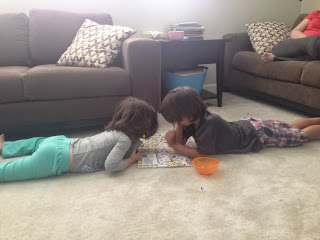 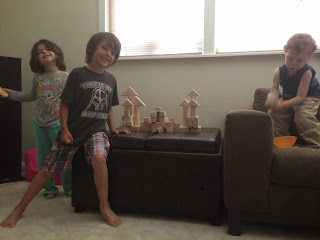 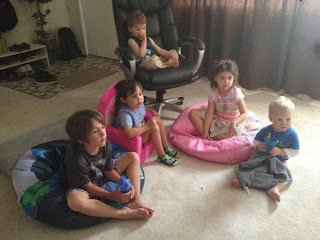 Jon and Eric went golfing this morning as a part of their Father's Day break. Originally the plan was to have the boys and I drive up with Jon, and then hang out with Jill and the kids all day until they finished their game.

But, poor Callum had a bit of nausea and vomiting in the morning. :(

On top of that, the doctors gave us a new med to add to our rotation this last week, in a tablet form, which means I have to crush it and mix it with juice. But, it has a terribly bitter flavor so I use a lot of juice to help disguise the taste. All of this means that the new med has added a lot more time to my routine, since I have to spend extra time sitting next to poor Callum coaxing him to down this awful tasting juice, especially when he's not even that thirsty (or hungry).

So, an hour or two later, I was finally on the road with the boys to meet up with Jill. But toward the end of the drive Callum started getting carsick and complaining of how sick he was feeling. And, as I pulled off the freeway (just a few blocks from Eric and Jill's house), he started throwing up everywhere. :(

I quickly pulled over and stripped him down and wiped up as much as I possibly could (one more time, thank goodness for baby wipes which I continue to keep on hand!!). Once I was sure he was feeling better, we buckled back up and headed the few blocks over to see Jill and the kids (and do some much needed emergency laundry!). :)

Other than that, we've had a terrific time hanging out. The kids have had a ton of fun playing with each other, so excited to see each other that they didn't really eat much all day, afraid they might miss out on precious playtime otherwise. ;-)

Eric cooked a fantastic dinner and now we're quieting the kids down for bed, so that the grown ups can end the night watching the Game of Thrones season finale!

Hope everyone has had a fun and relaxing Father's Day!
Posted by Mama Bree at 8:53 PM