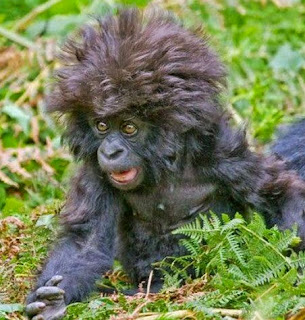 Jon left yesterday for a business trip and unfortunately, won't be back til Thursday evening. Ugh!

I don't normally get Logan up and take him to school - that's Jon's job - and I'm not a morning person! So, I thought I'd show a pic which pretty much describes how I felt this morning. ;-)

Actually, it wasn't too bad. I packed most of Logan's lunch last night, laid out their clothes, and set my alarm. I wasn't feeling great this morning (perhaps nervous?) so I woke up before the alarm, groaned a few times, then finally rolled out of bed. I finished packing Logan's lunch and any other chores before waking the boys up because well, it was early and they aren't super early risers either.

When I finally had to wake Logan up it was the typical whining I always get. Why was I being so mean? Why wasn't I letting him sleep? He's sooooo tired and I never let him sleep!!! I just reminded him about how he procrastinated with bedtime last night and if he would get to bed when I told him to, we wouldn't have this fight every morning. Yeah, I was cranky too. ;-)

Then, all of a sudden, he starts shrieking and yelling and screaming and crying. His eye hurt. Really hurt!!

I think he got an eyelash stuck in it while rubbing his eyes (he was still in bed). Ugh. Since this seems to happen often with my guys, I just did what I always do and tried to find the culprit, while my kid is screaming in my face and clamping his eyes shut and pushing me away. Fun times.

After I cleared it (I think, he was holding his eye for awhile after), I got him to calm down enough to climb out of bed and start getting dressed. He asked if he could watch a TV show but you know, by then it was about 10 minutes before we had to leave. *sigh*

So I got both boys dressed quickly and they downed a bowl of cereal before I marched us all out the door. It wasn't the best of mornings but we made it to school just as the warning bell was ringing, which means he got to class in time (always a struggle for me as a kid, and apparently still a struggle as an adult!). :)

Since Callum isn't actually supposed to be around big crowds (i.e. schools), I carried him for most of the time and we left quickly after I could see Logan was all set and in his seat.