Now that Logan's school is done for the year - it's officially the first day of summer in our house!  :) 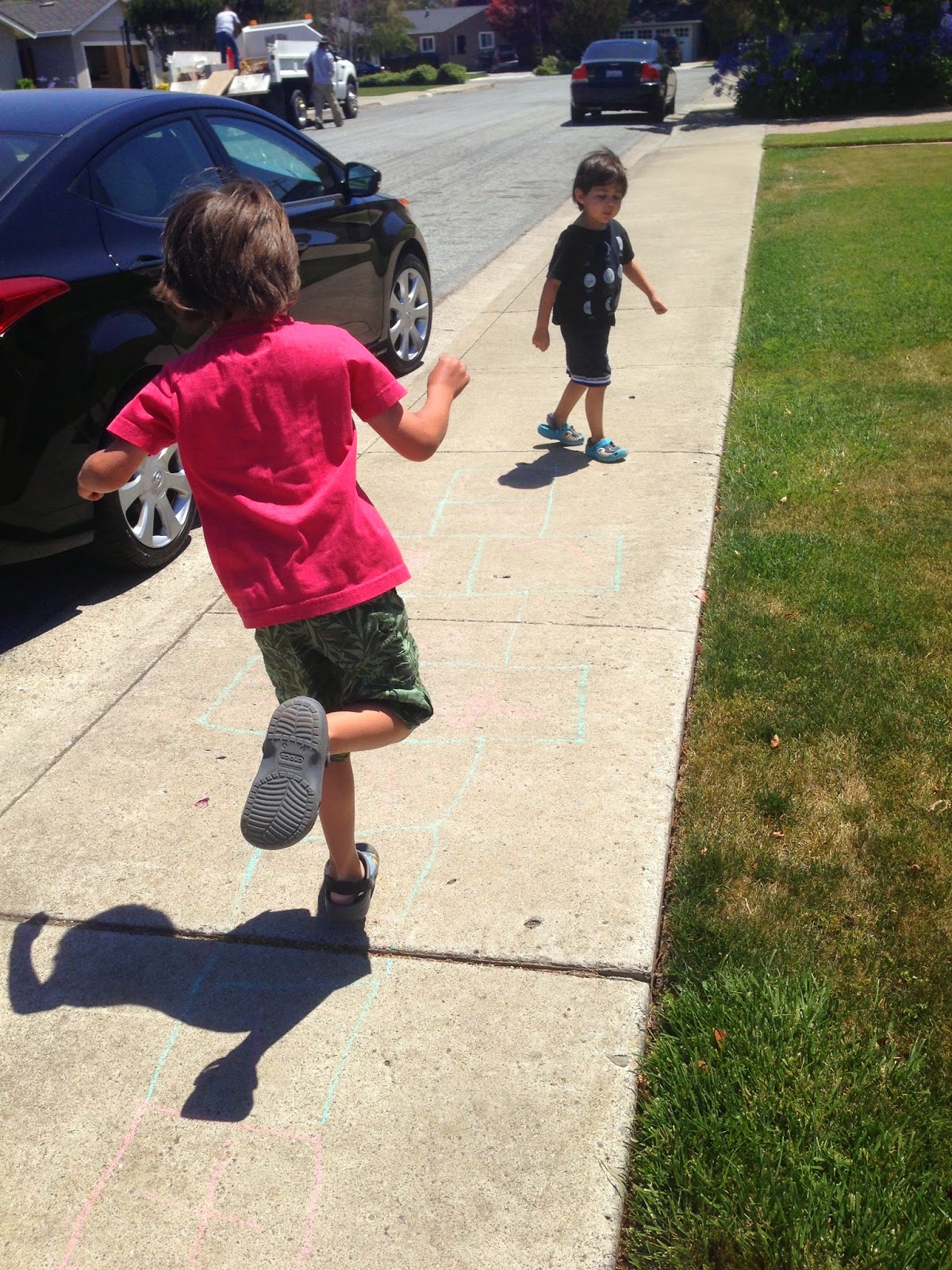 So, I let the boys stay up late and then fall asleep in my bed with me last night (but by 3am, man I was crowded smooshed between two kicking nudging boys, so I quietly carried them each back to their beds so I could get a few good zzz's before the morning).  :)

Logan is actually signed up for summer camp, but he really wanted to stay home today and me, the softie, said sure why not.  During the morning, the boys played on their iPads while I unpacked from the hospital, did some laundry and dishes, and tried cleaning up around the house (it was a little disheveled!).  Close to noon, I decided we needed to take a break and get out!

So, we headed to the store to pick up some supplies for a summer project I had in mind - at which point Jon texted me to let me know he had caught an early flight and would be home soon.  Since we were near the airport, we wasted time until he landed and then picked him up (which the boys were VERY excited about - so nice to see how much they love and miss their Daddy).  :)

At home, I pulled together the supplies we had just bought and set to work making some sponge Water Bombs!  It seemed like a really easy craft to pull together (and it was), and would be so much better than water balloons for the boys to play with this summer (they're softer for hitting/throwing and a lot less maintenance/clean up for me to deal with during and after their play!). 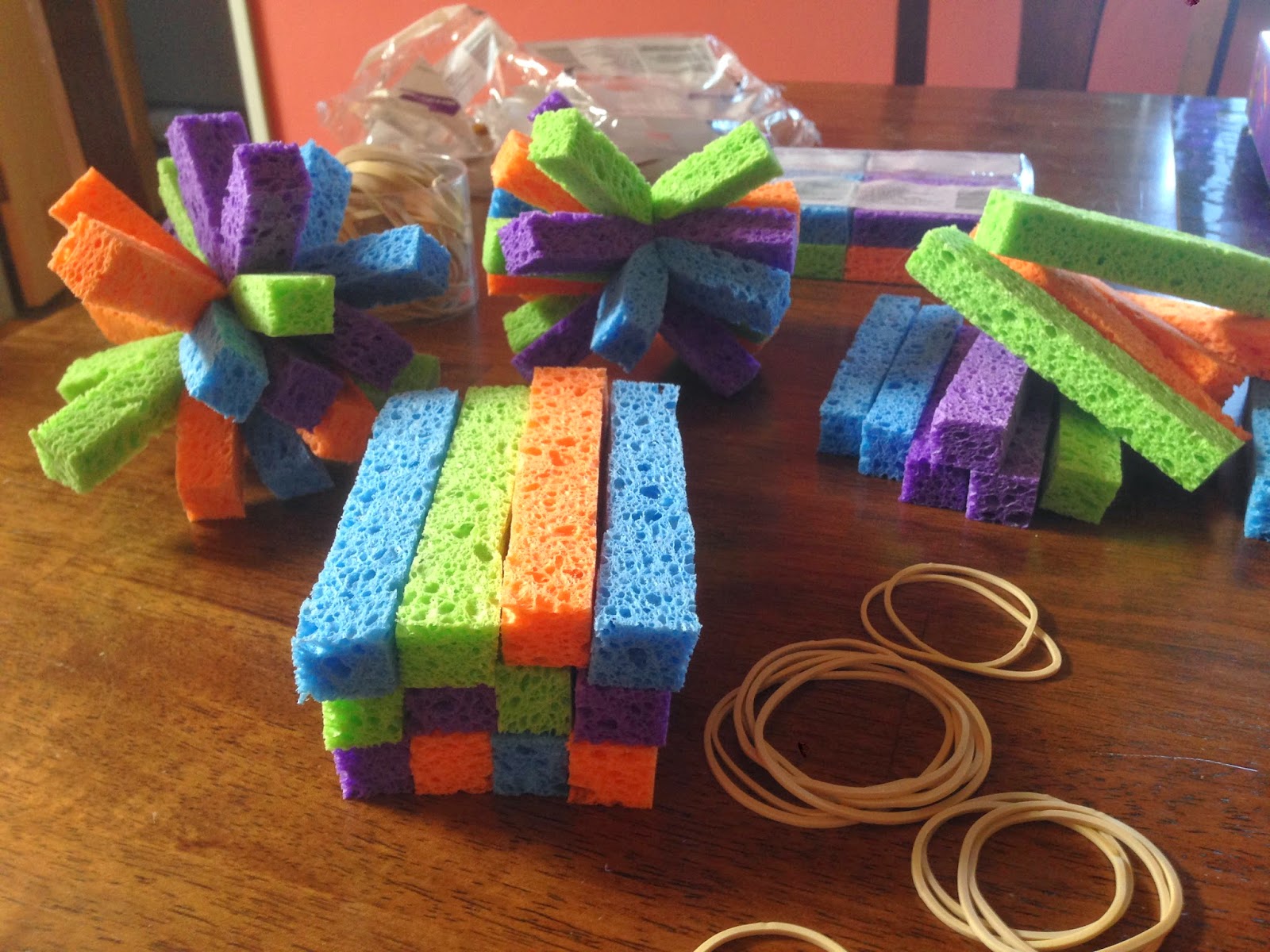 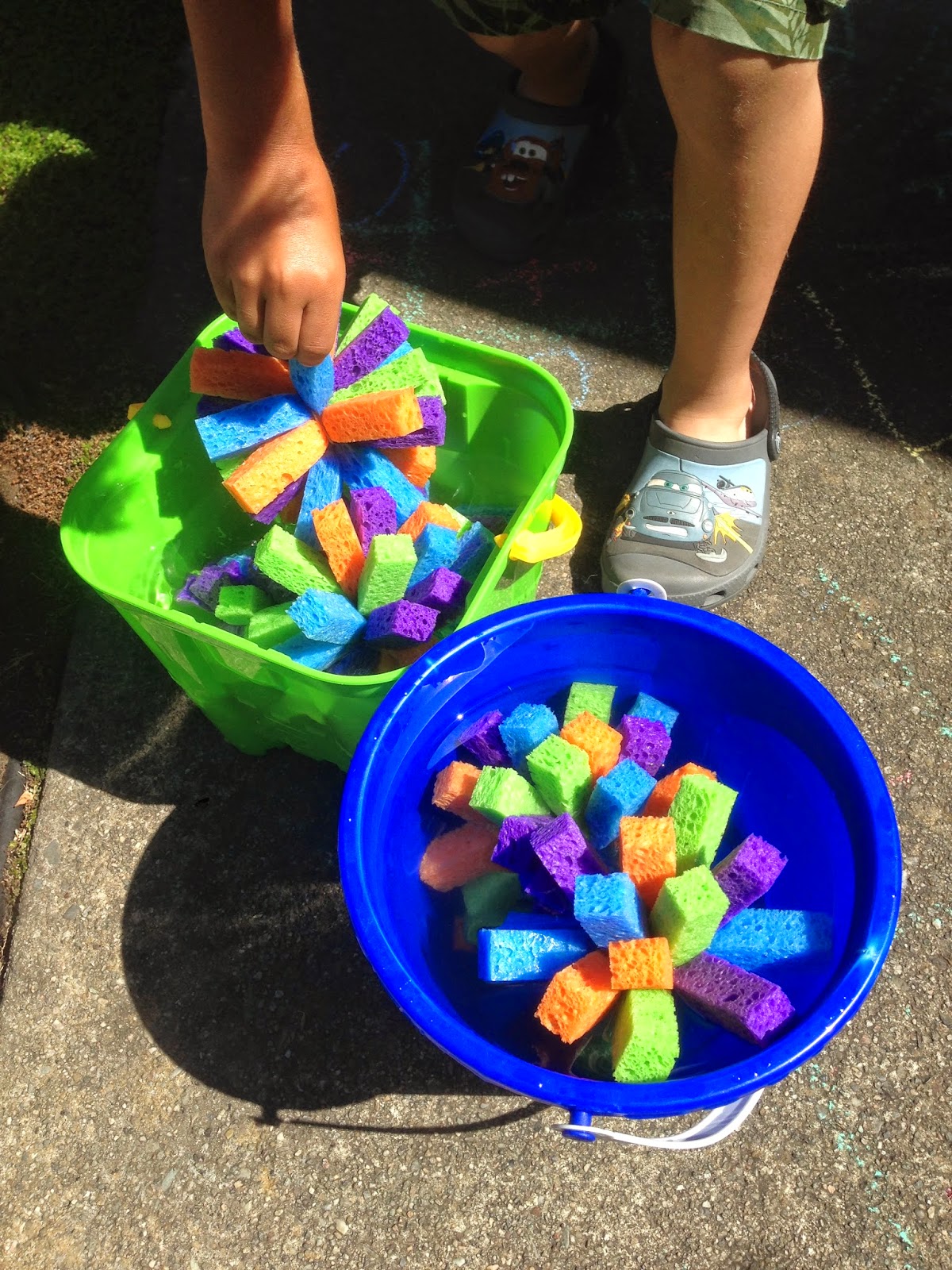 They turned out to be a HUGE hit - both of them kept telling me how much fun they were having and asked me if they could play it again tomorrow (after we cleaned up).  Success!! 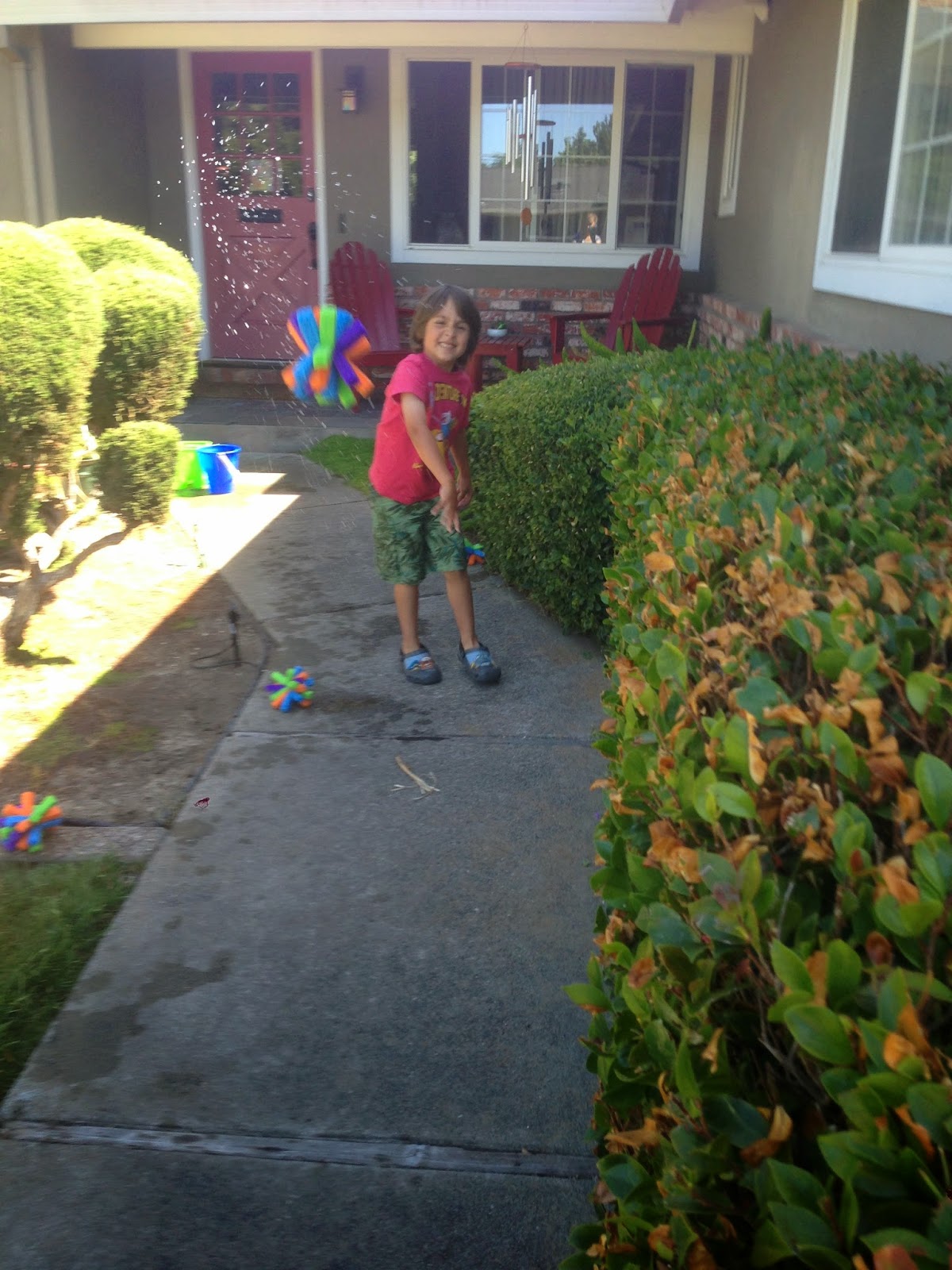 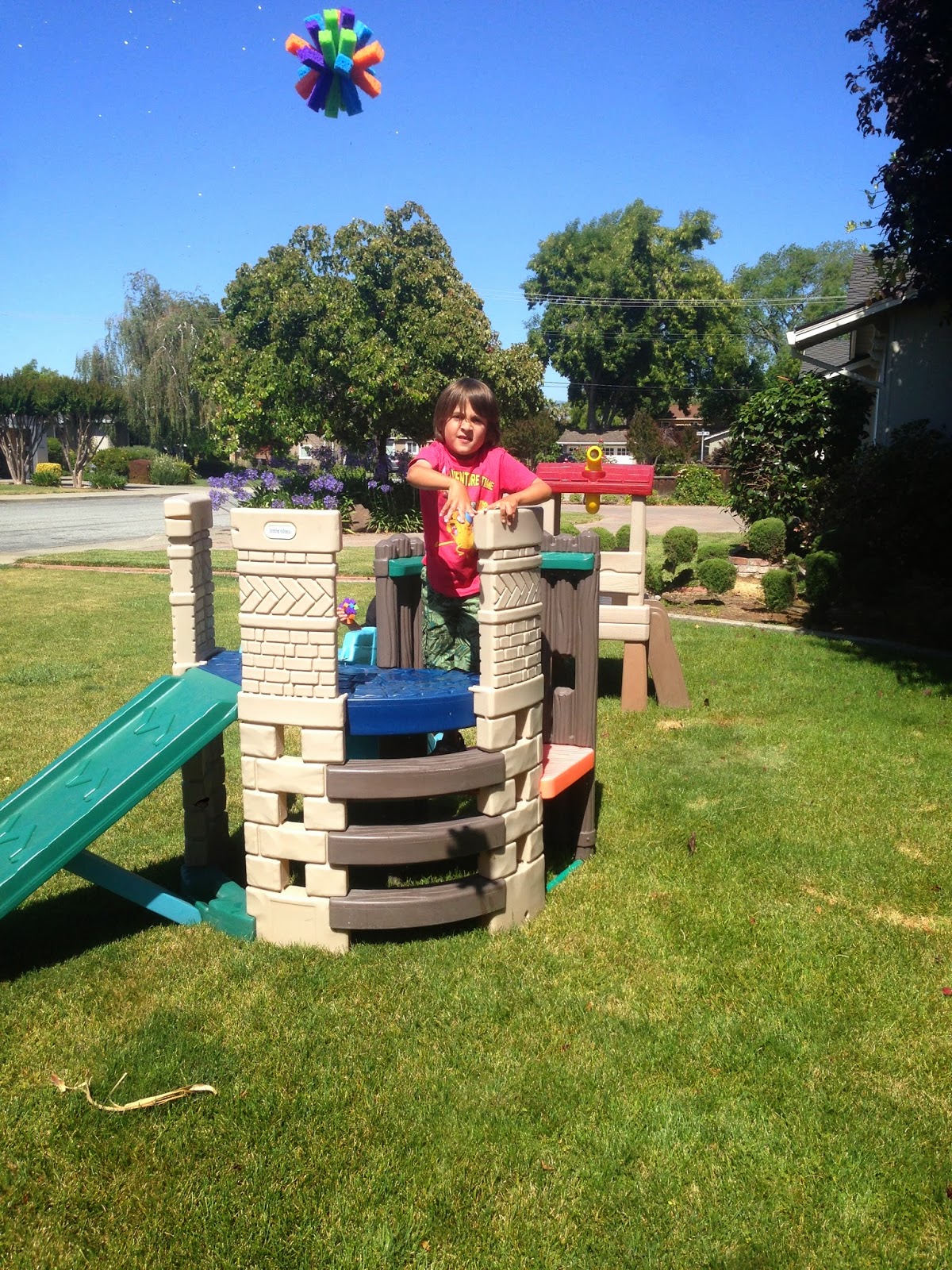 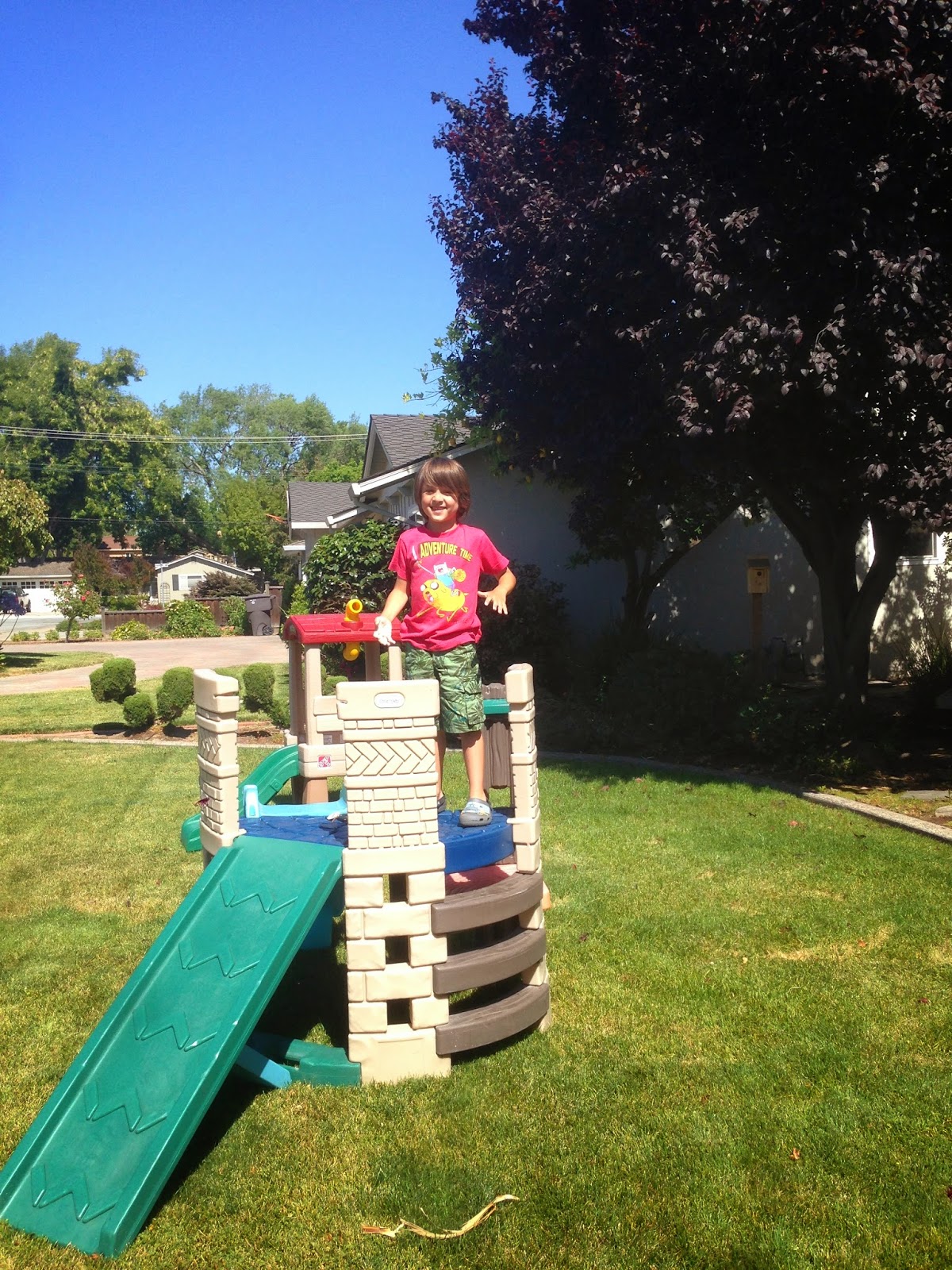 how fun! What a rad idea!