As it turns out, the awards ceremony planned before the Kinder graduation this morning sounded like a bit more of a big deal than I had originally heard about, so when I mentioned it to my Dad, he decided to drop by the hospital EVEN EARLIER this morning, to allow me time to get to the school for the awards event too!!  And, I'm really happy I made it.

While the majority of the ceremony talked about how great the school was, how great the teachers were and of course, how great the students were (awarding those who didn't miss a day of school, or those who were Jr. Coaches, or the most honored 6th grade graduating student - who gave a speech, I guess kind of like the valedictorian?).... all of which was a little *yawn* boring for this mother of a Kinder student ;-) there was one portion of the event that was of course, exciting for us!

They announced prizes for the Walk-A-Thon!!  I can't remember the exact numbers raised by each place, but Logan easily surpassed his competition (a brother/sister duo who raised $1,075 each), taking the grand prize for first place!  They gave him a plaque and even more surprising and totally unexpected, an iPad Mini!  I think he was a little shy and dazed going up in front of the entire school to accept his awards, but since then has been talking about his new iPad Mini NONSTOP.  ;-)

Once the awards were done, the Kinder parents all shuffled off to the inner courtyard where a very fast and simple ceremony was held to promote the students.  I was able to snag a couple of videos which I sent to my Dad (Callum) and Jon to watch.  :)  My Mom and I laughed and cheered the kids on - it was a lot of fun and clearly, a proud moment for Logan. 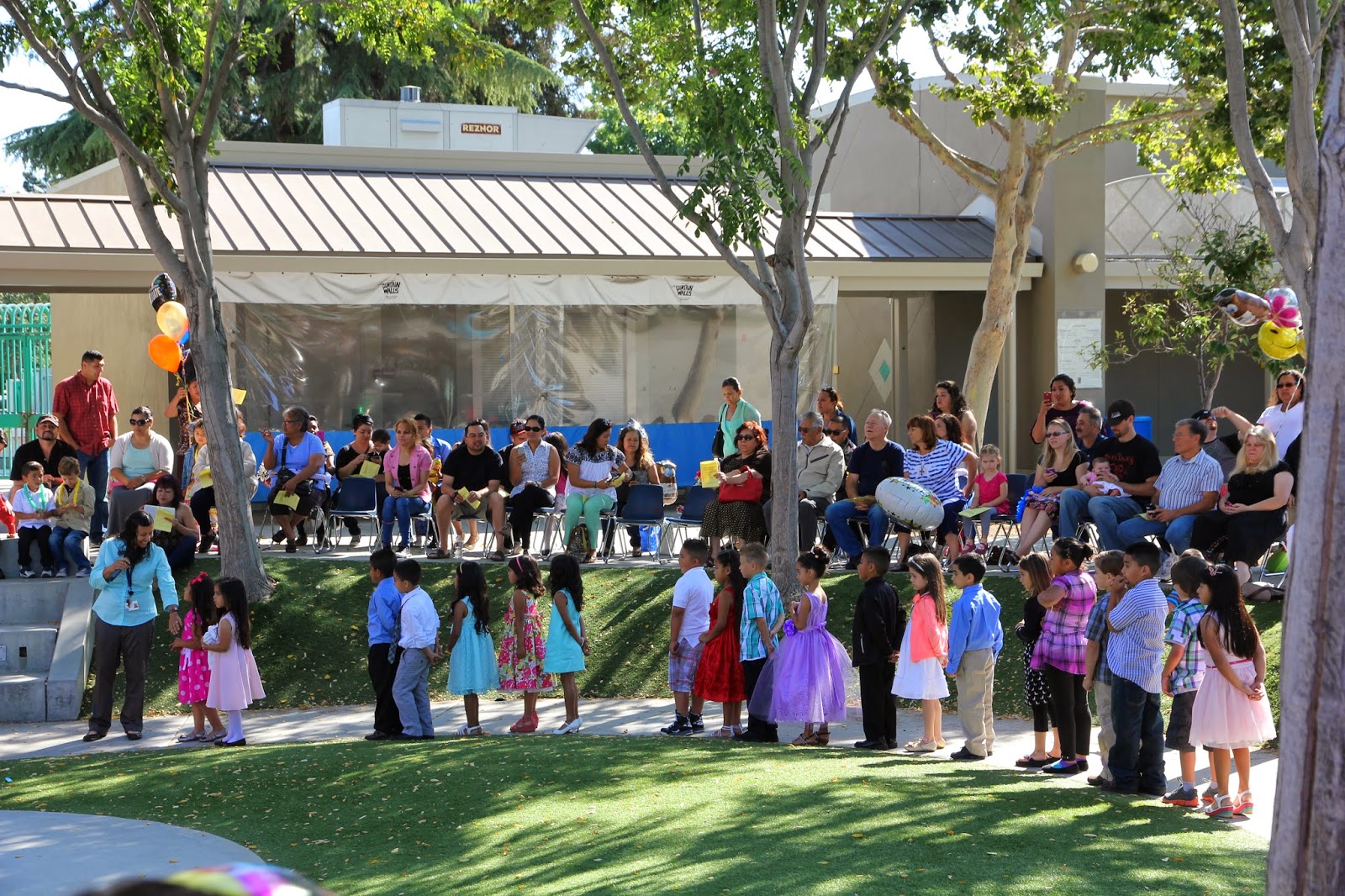 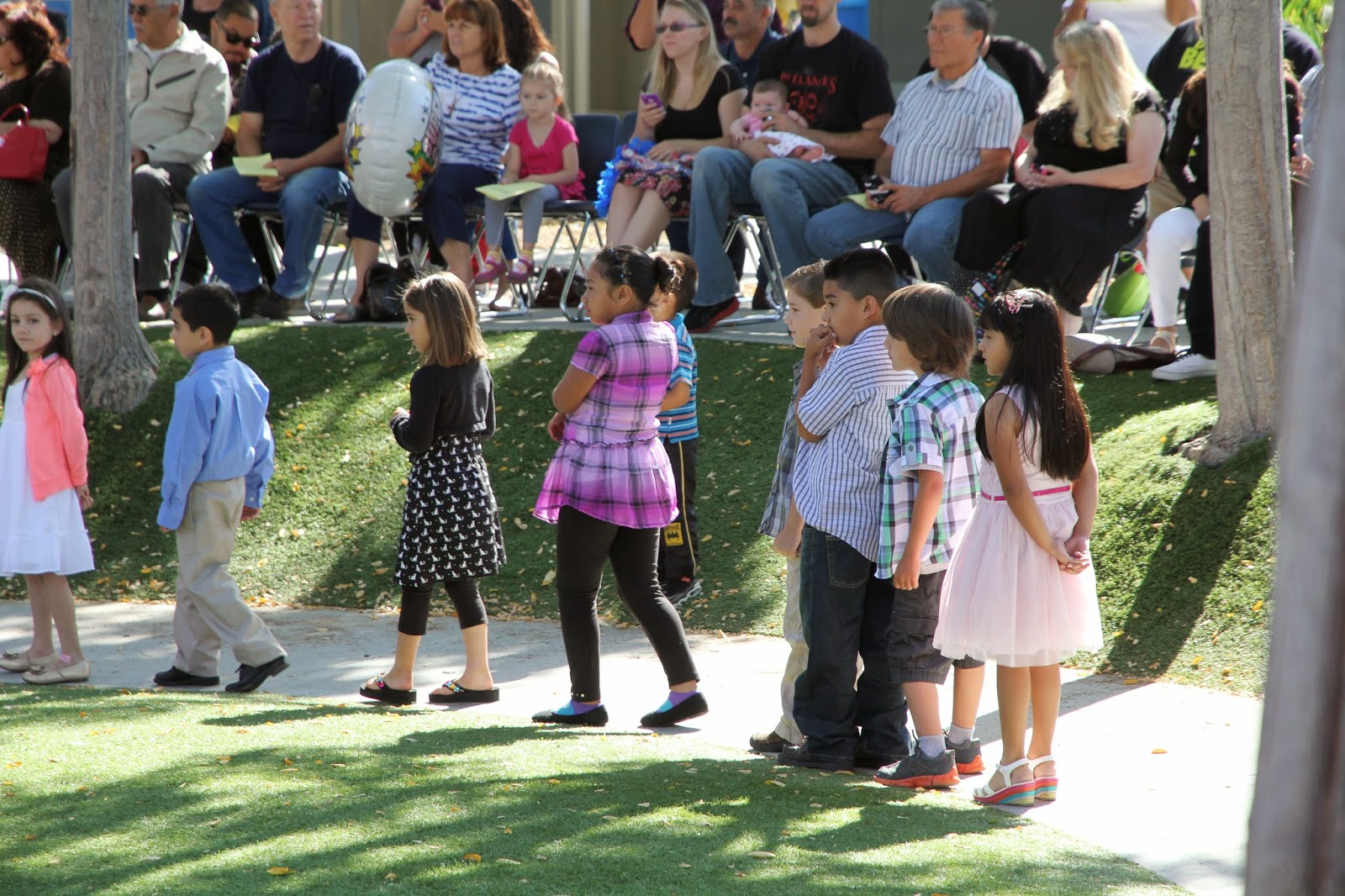 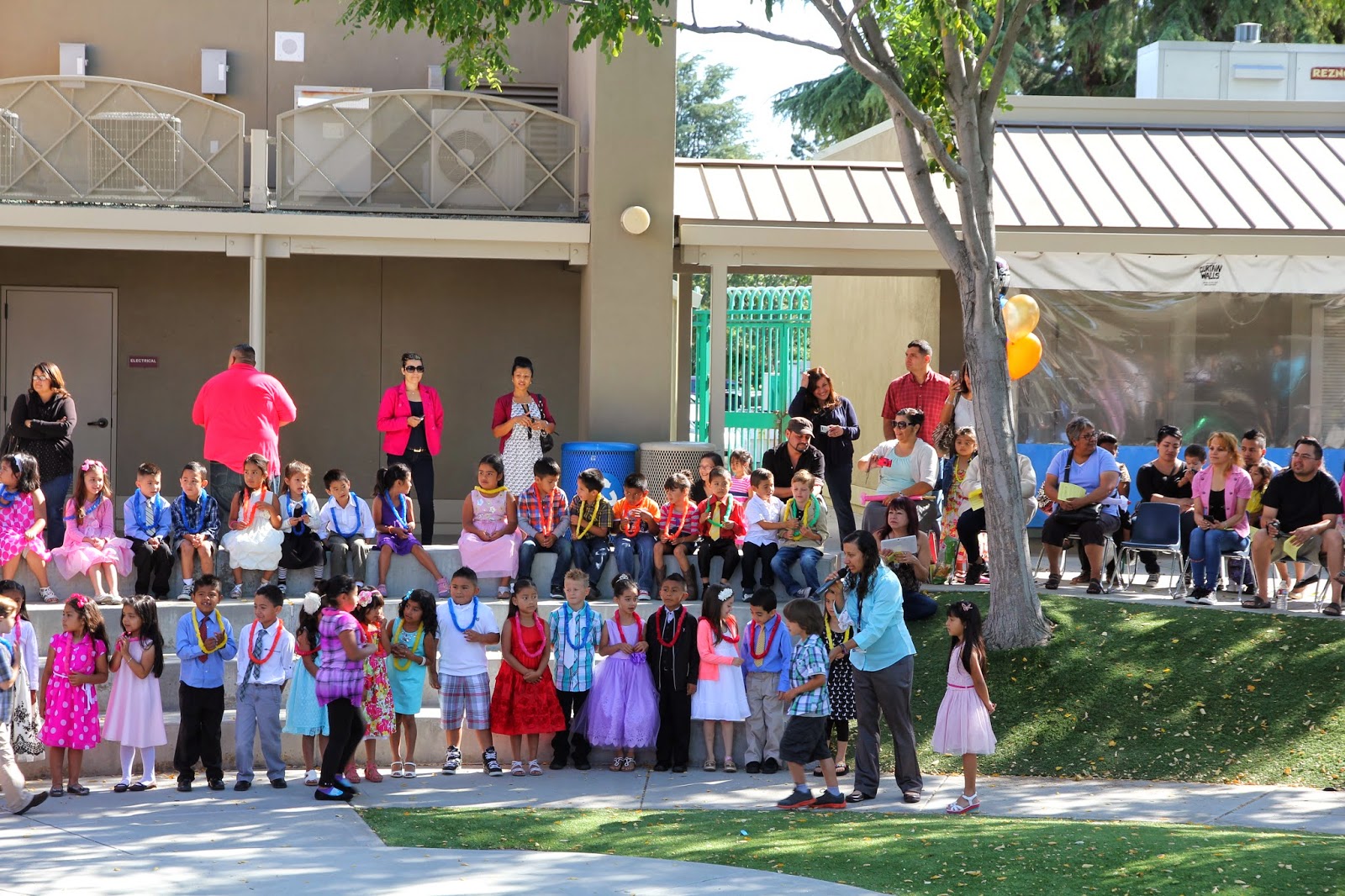 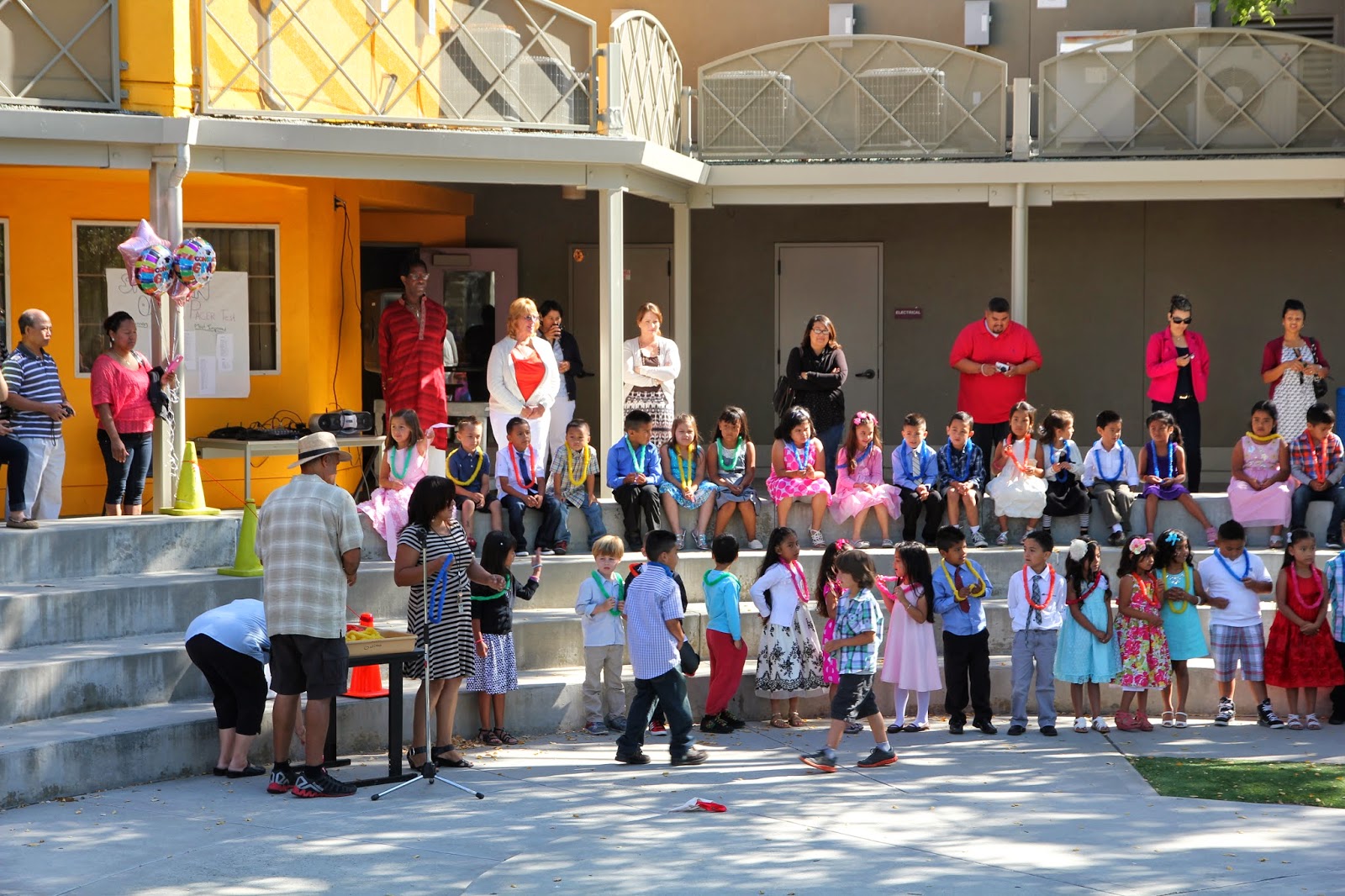 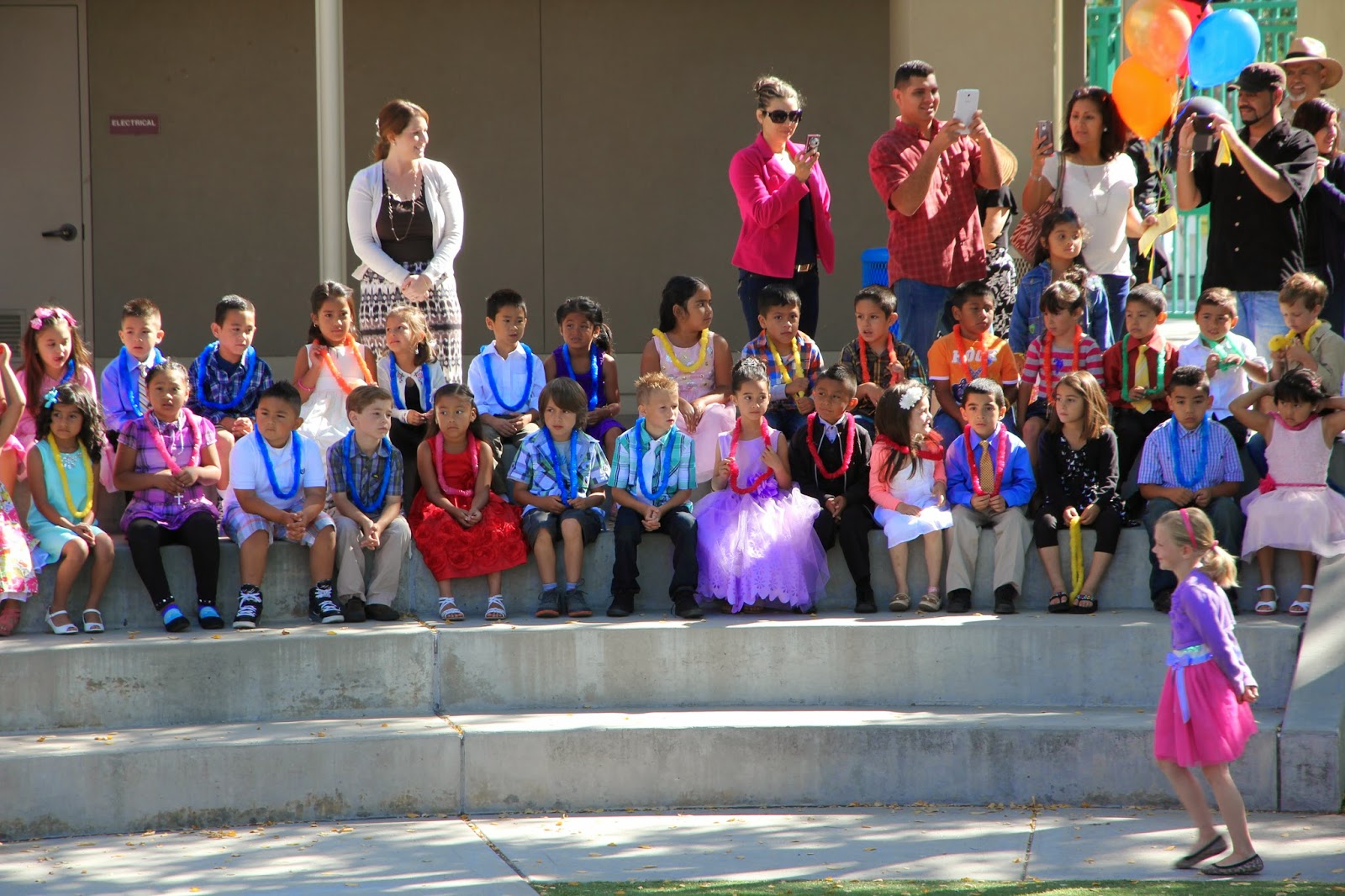 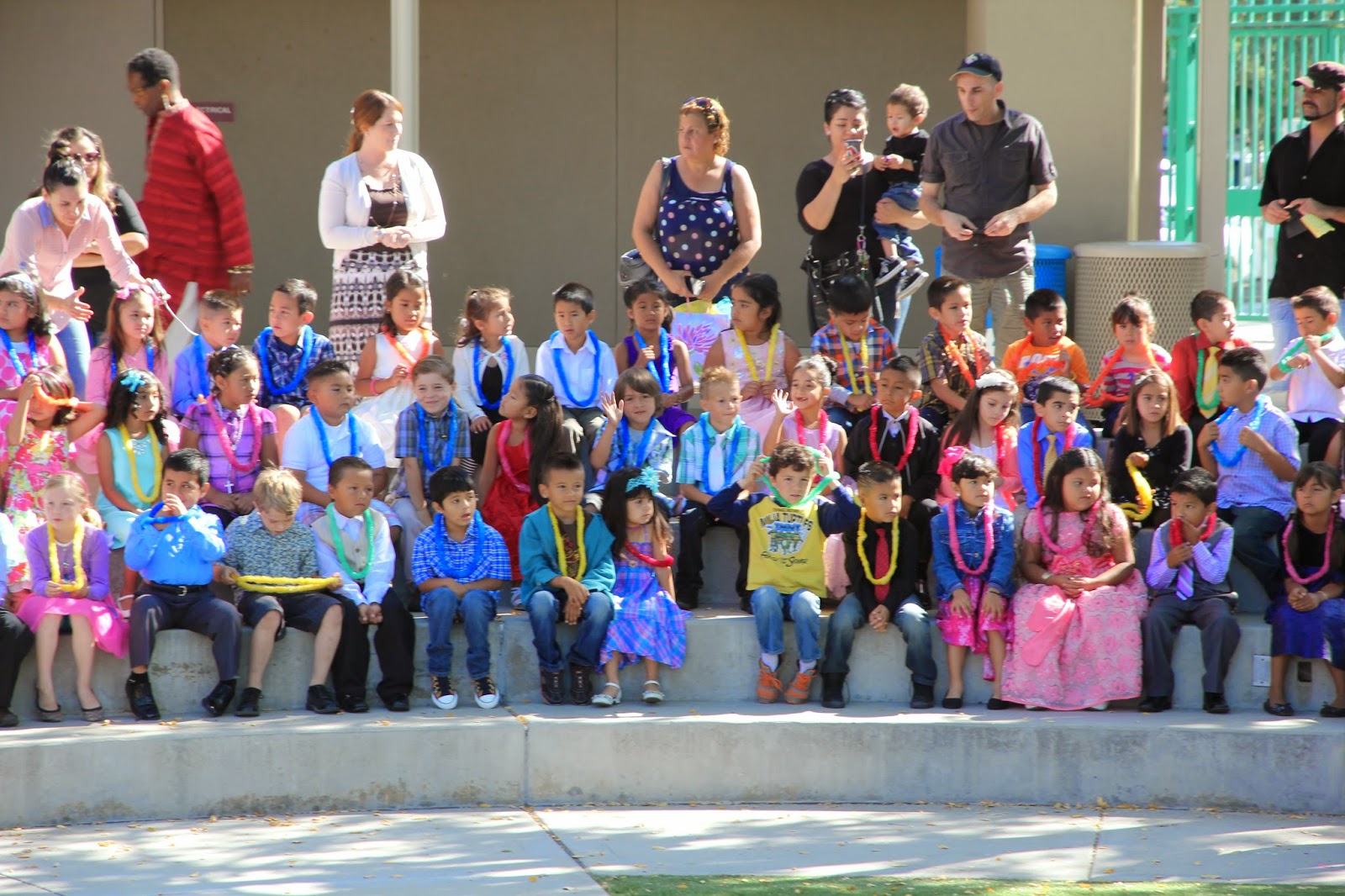 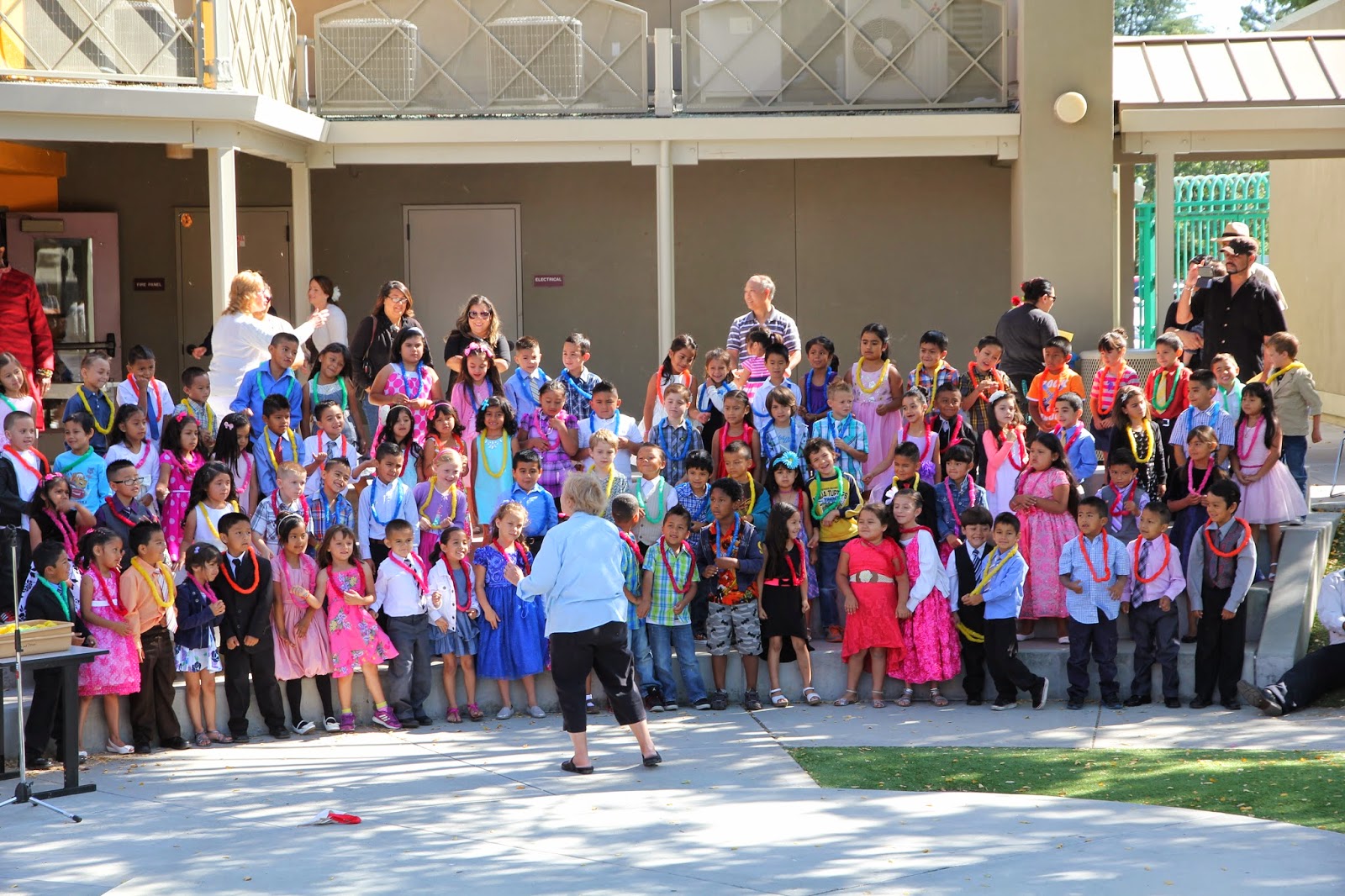 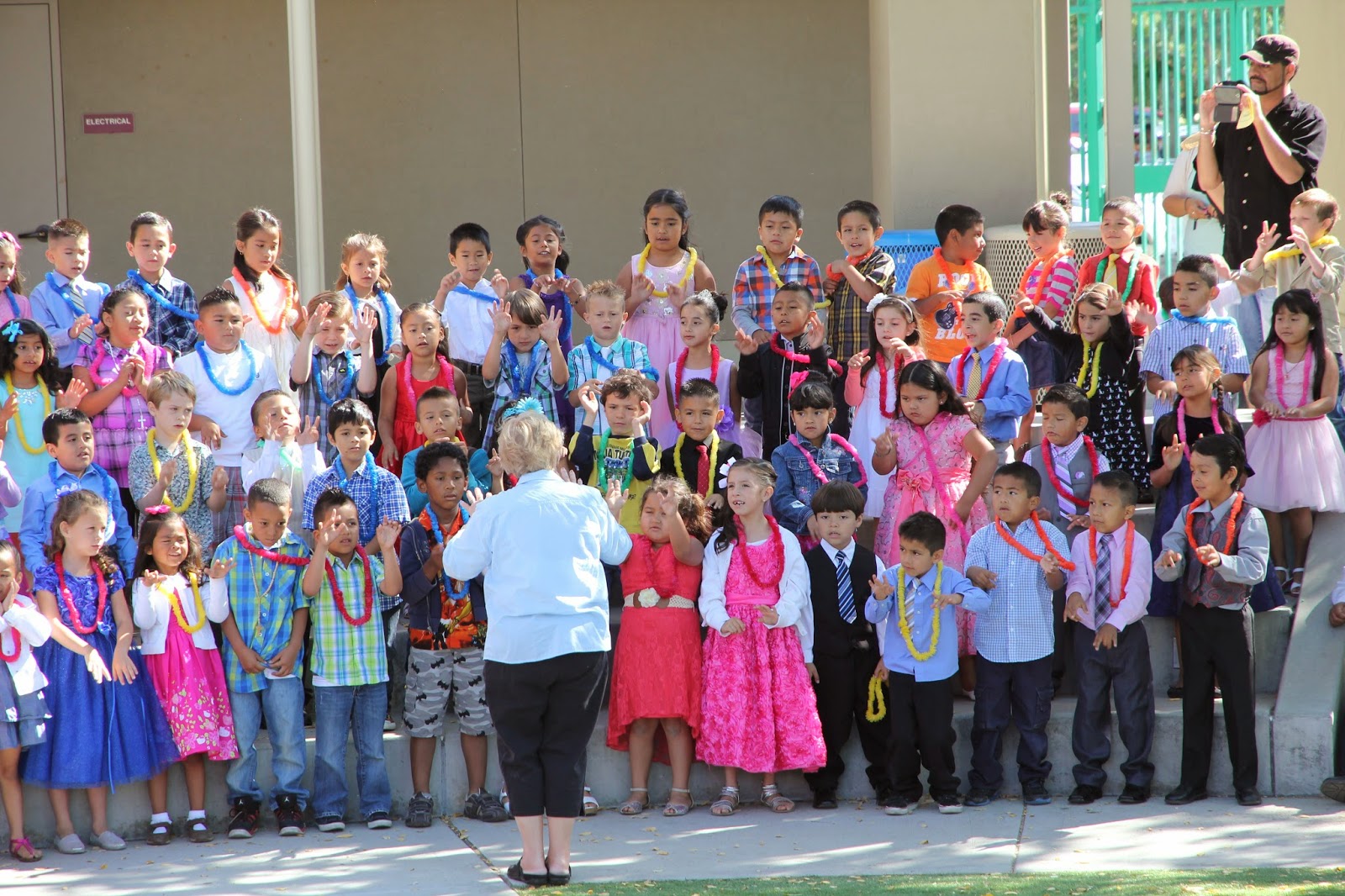 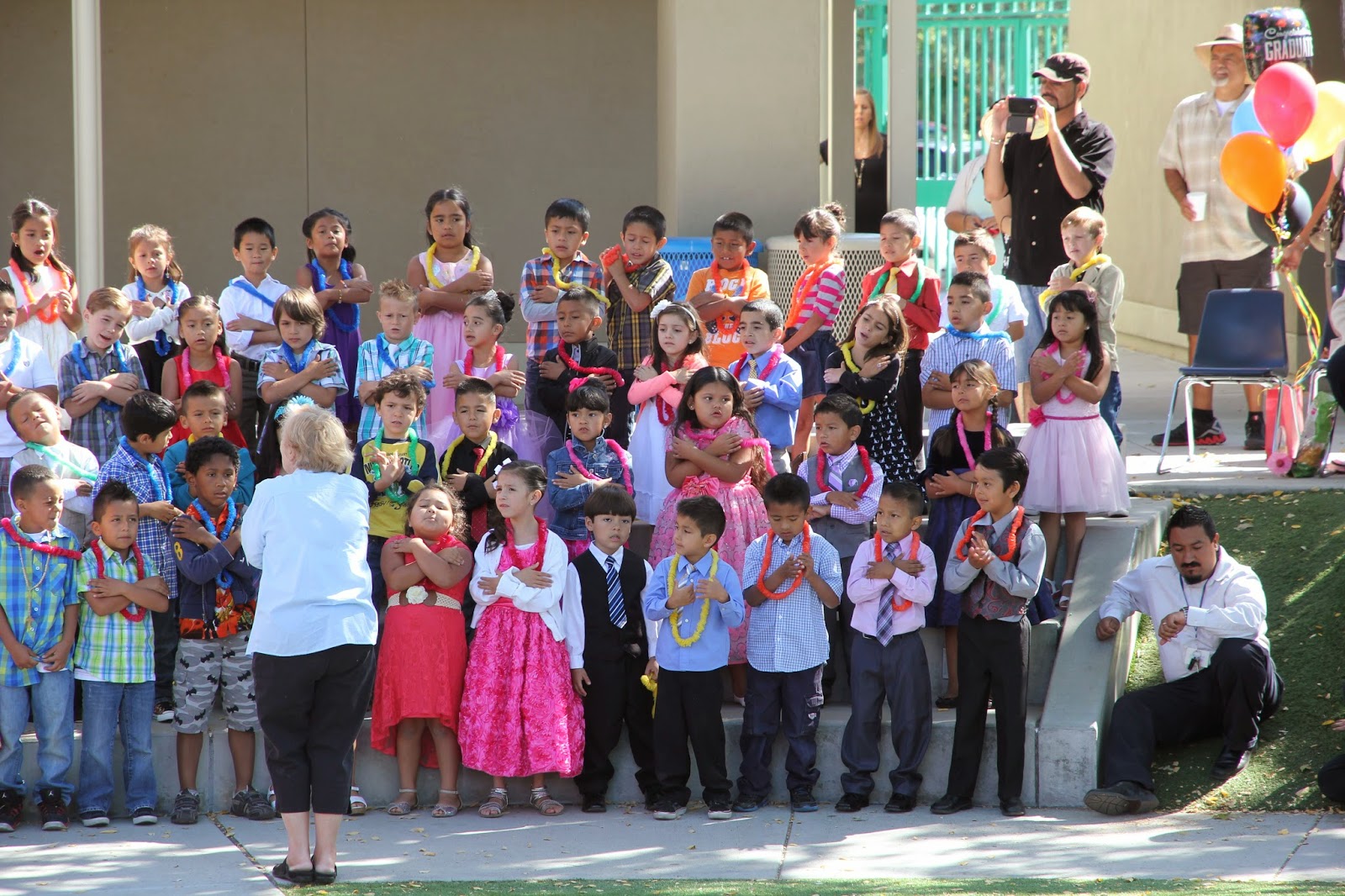 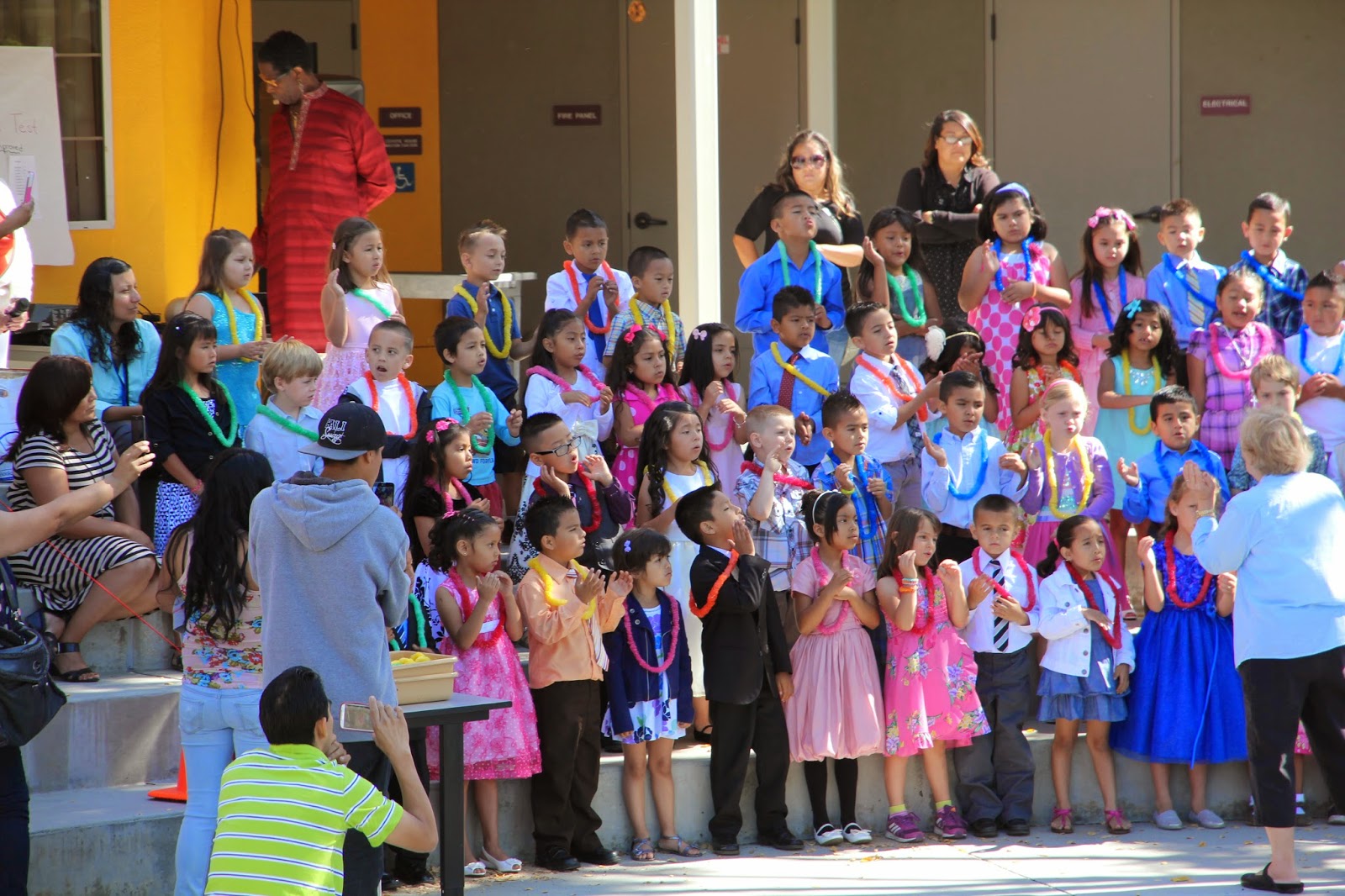 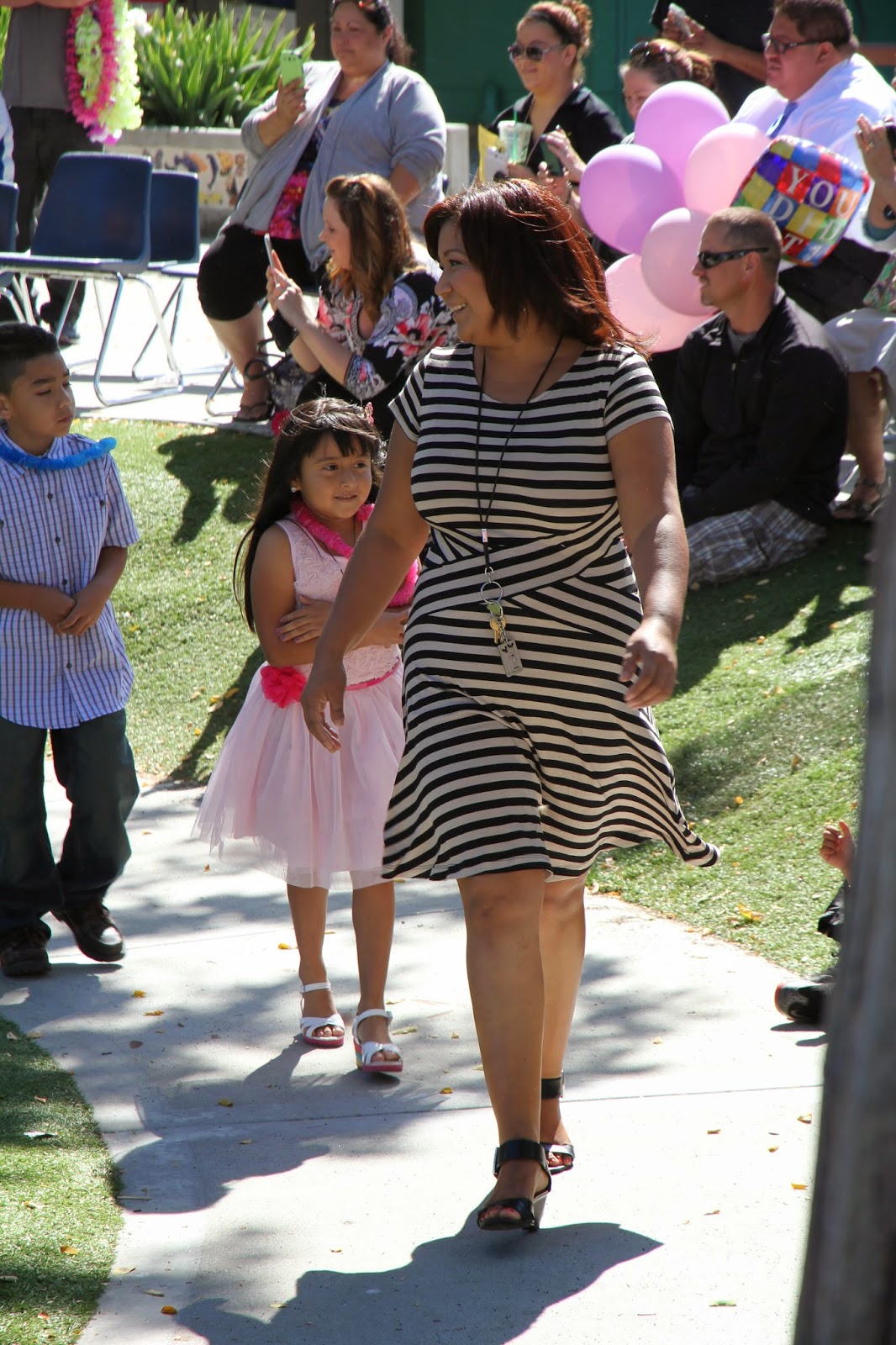 Afterward, he took my mom inside to show him his classroom and his assigned square to sit on during circle/reading time.  We grabbed some pictures with me, my mom and a couple of his teachers. 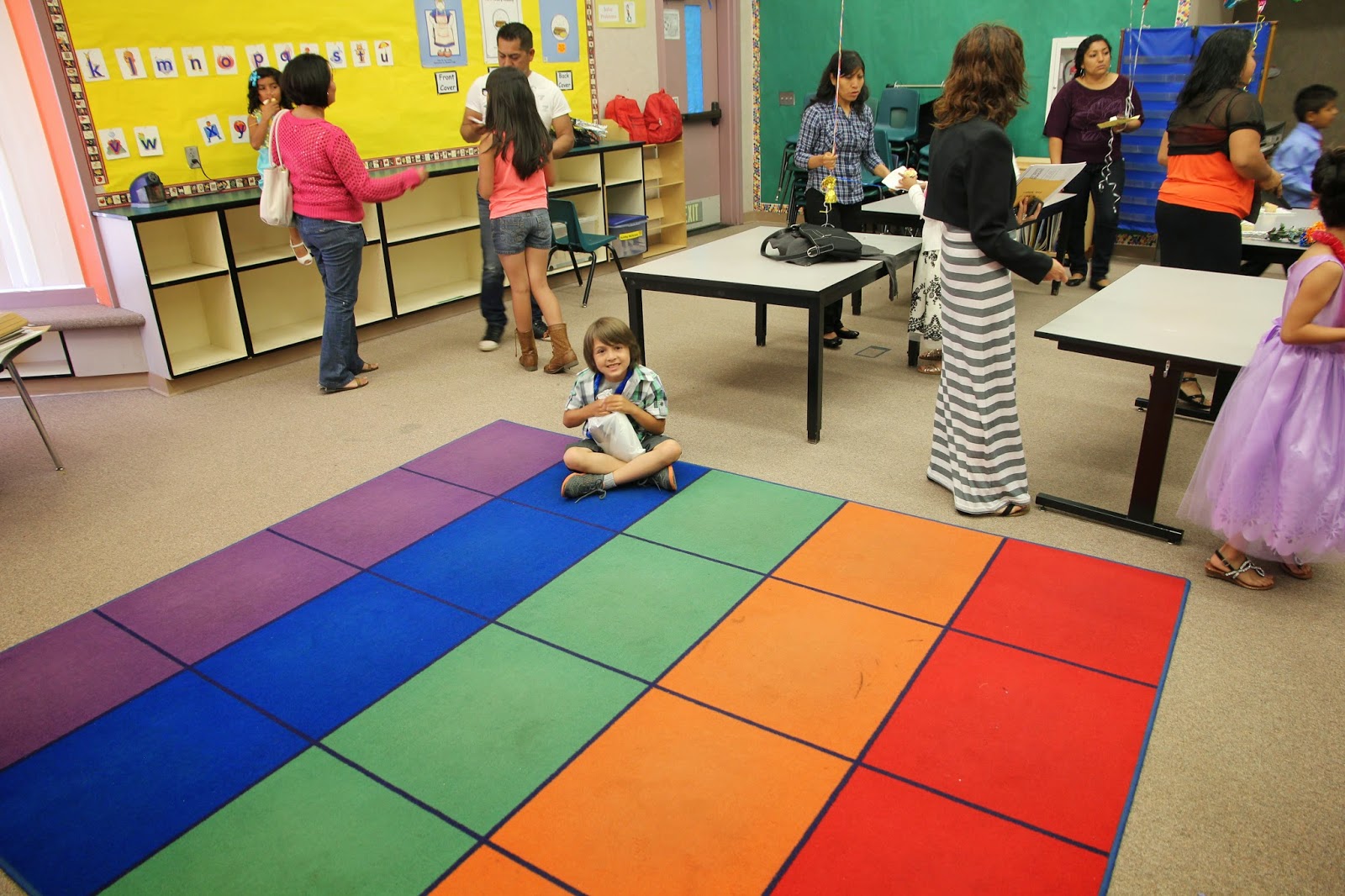 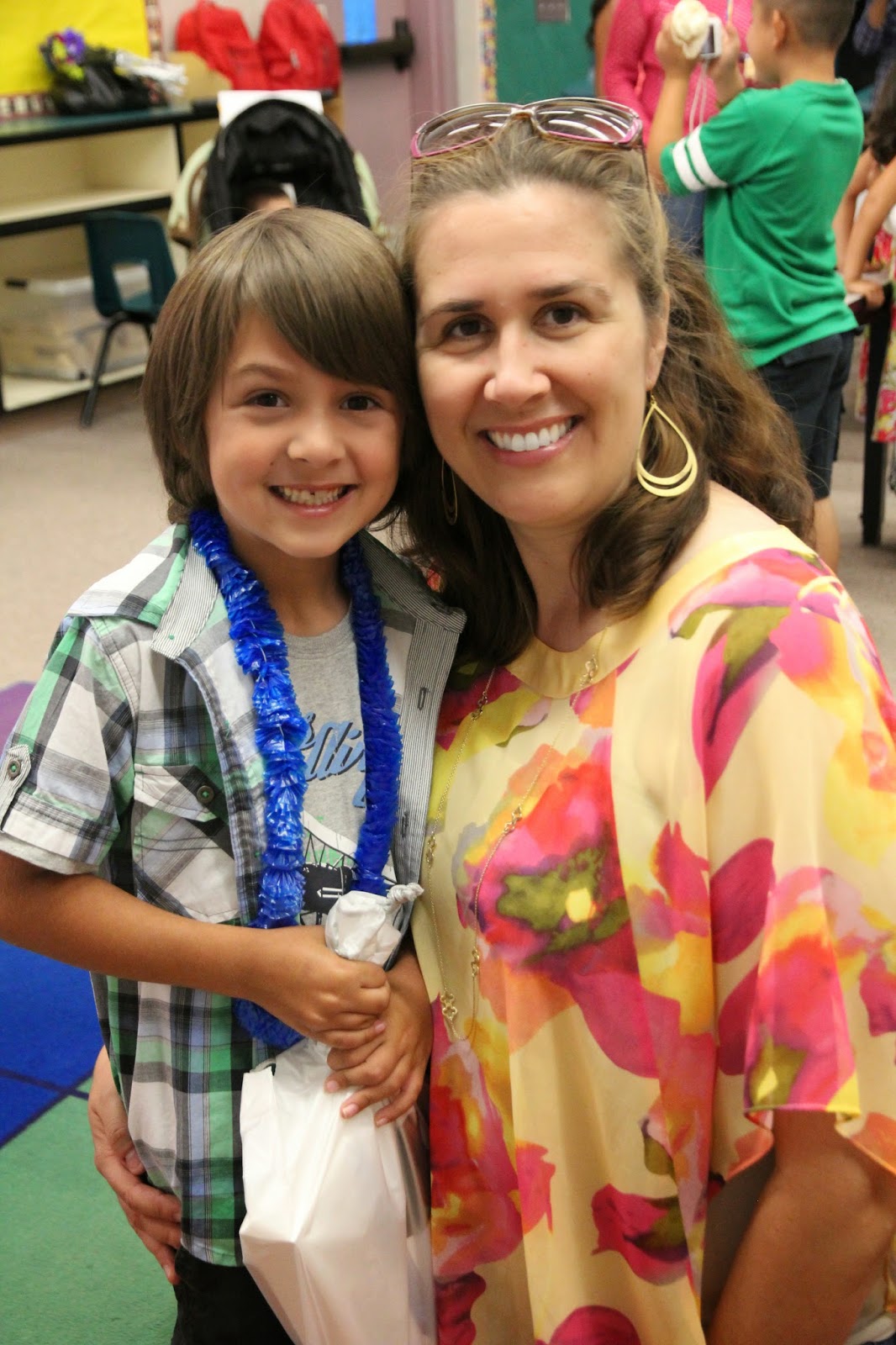 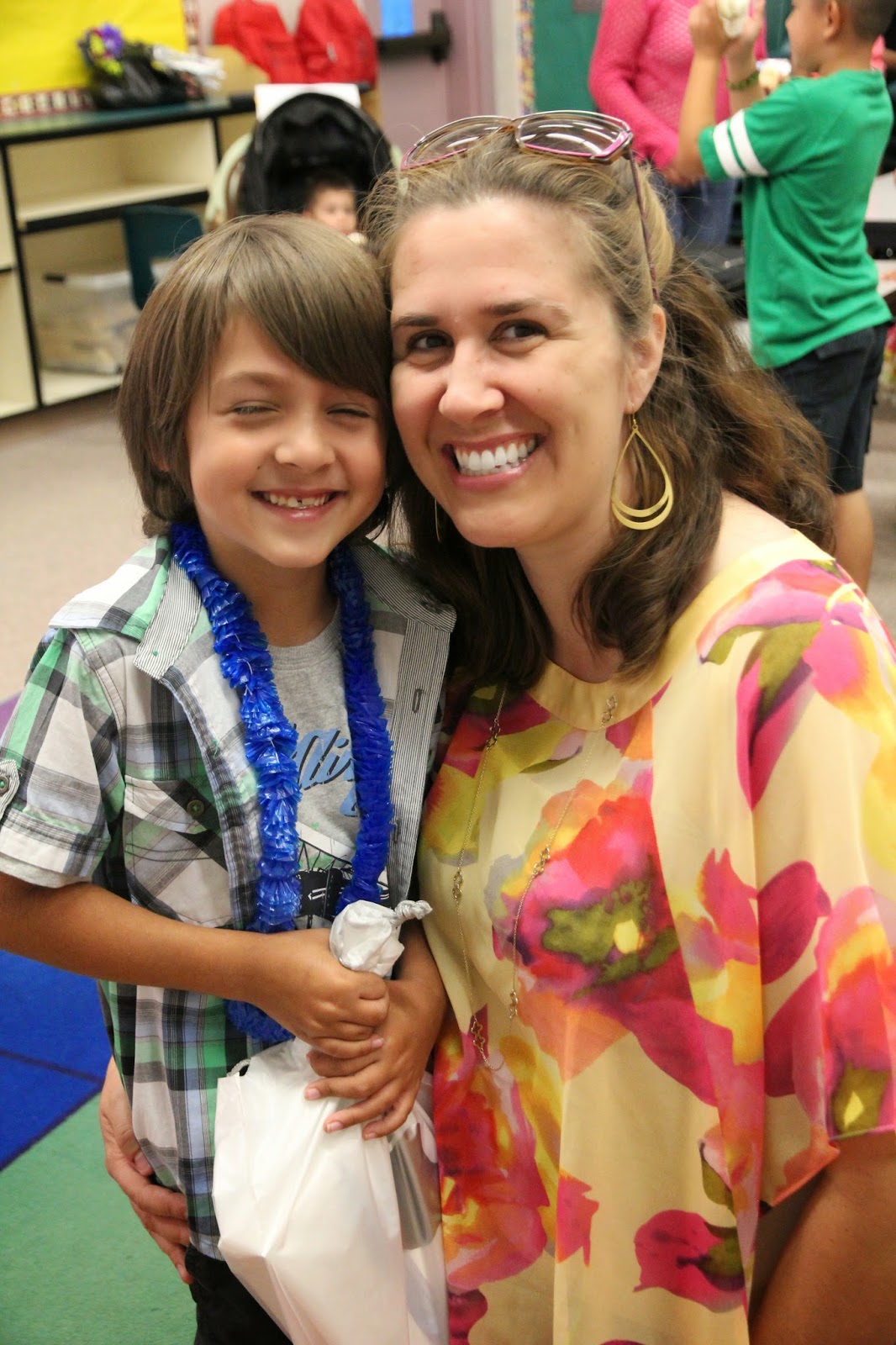 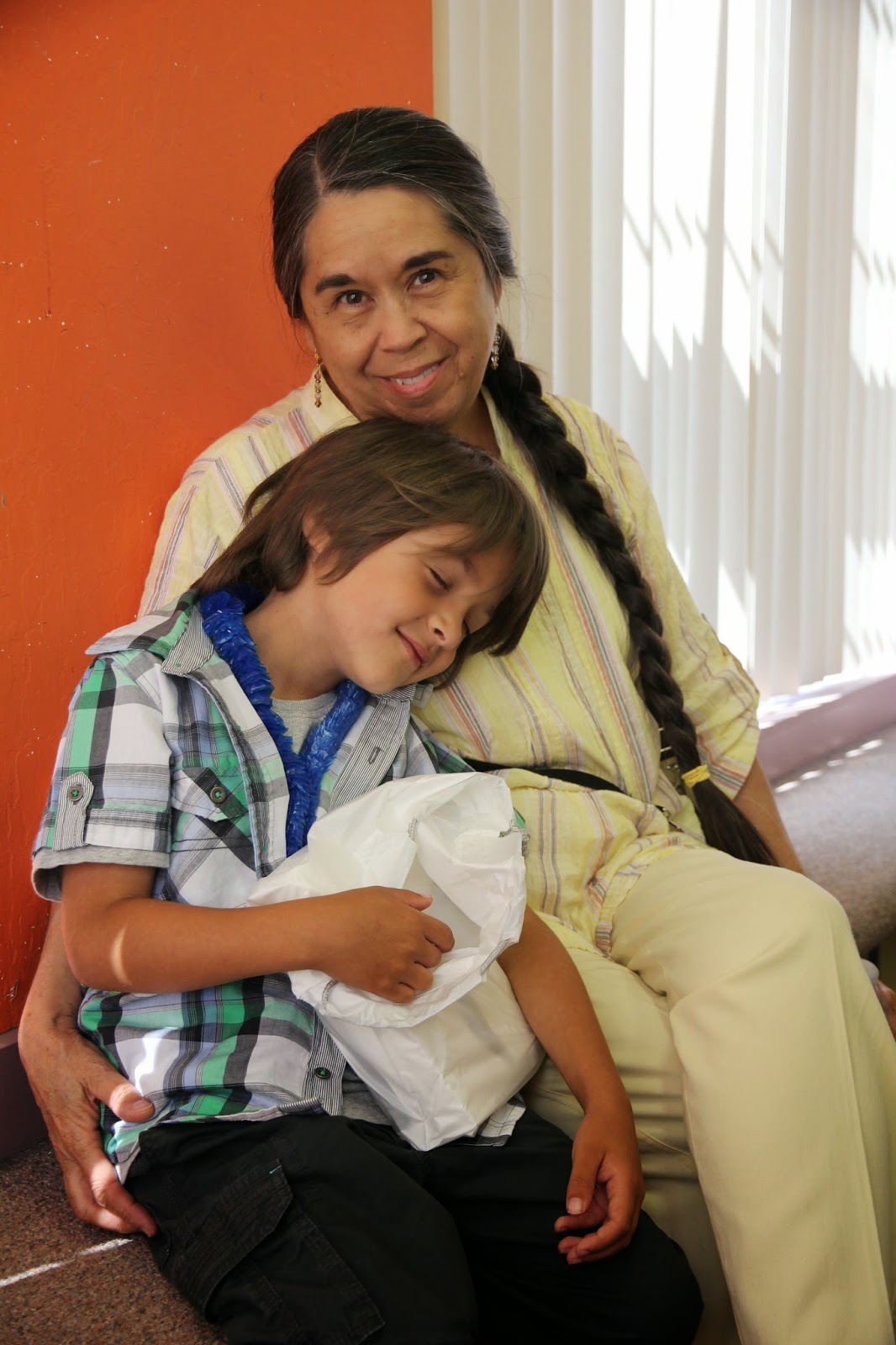 Then we grabbed a cupcake to take back to the hospital for Callum, and left.

All in all, a nice celebration for our big guy who's growing up leaps and bounds in front of us!  I can't quite believe he's now a 1st grader - well done kiddo!!  We love you very much and are so proud of what you've accomplished this year.  :)
Posted by Mama Bree at 8:40 PM