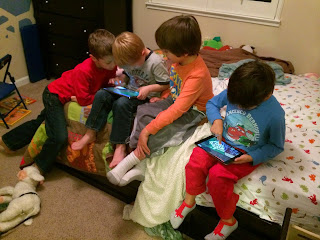 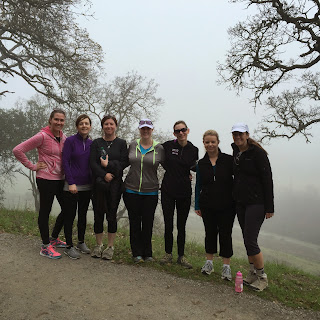 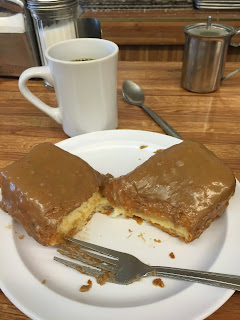 Yesterday's all day chess extravaganza really wore us out. Considering Logan has never competed before - just finishing an all day competition like that is amazing. He ended up playing a total of 6 games (several against kids much older than him, in 5-6th grades!), which is grueling (we, as spectators, were also beat). He lost two and pulled out 4 draws, which I consider great for his first time. But he was upset he didn't win any of his matches :( and he was also confused by receiving a participatory medal. :)

He said to me several times, but Mom, this medal doesn't actually MEAN anything, since I didn't win. So why do I get one? (I had to laugh, since most kids love getting a medal and here is my kid, competitive to the core, ready to toss it out the window!). We explained that while he didn't win, he DID participate and is now a member of this small community of kids who play chess together. While the trophies that were handed out, symbolize who actually won, the medals acknowledged everyone who participated. He finally agreed that was ok but it took several rounds of this for him to be ok with it (again, he was also SUPER tired).

After, we headed over to the Jodoin's to hang out; the boys played while the adults stayed up (extremely late) playing board games. We didn't get home until 2:30am and I thought there is NO WAY I'm going to make my Sunday morning hike with the girls. *yawn*

But, of course, the dogs and kids woke me up at 7:30am, and though I tried, I could not fall back to sleep, so I rolled out of bed and headed up to the (foggy) hills for a hike with my girlfriends this morning. Phew!! It's now noon and I'm still trying to wake up. ;-) But I'm glad I made it out, even as tired as I was.

I picked the boys up from Jon's rugby practice and the three of us headed to our favorite local donut shop for a super healthy post-hike breakfast. ;-) Yummmm!