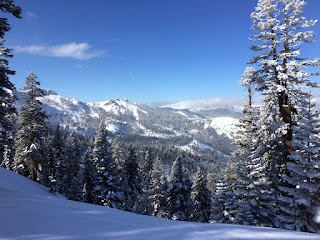 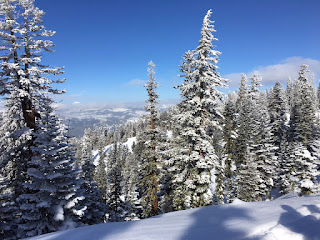 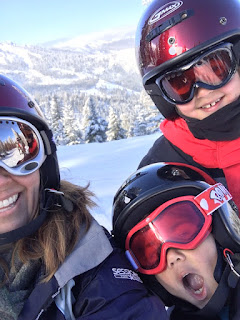 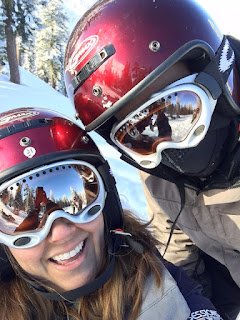 It was super cold and snowing (!!) this morning as we loaded up the car to head to our snowmobiling tour. We had an unexpected delay right at the start, because we suddenly realized we needed to get chains on the car just to get out of the driveway and drive out of the neighborhood!

Luckily, it seems to happen to everyone. ;-) So we weren't the only late ones to the party (and weren't too late anyway). Phew!

Callum was THE MOST excited about snowmobiling, but after the first few minutes, when I turned around to check on him (he rode behind me and Logan rode behind Jon), it was clear he was pretty scared and said it was way too fast. So I moved us to the back of the group, so we could slow down and take our time (and not hold everyone else up), which seemed to help a little. After another couple of stops, I had him move to sit on my seat, in front of me (instead of behind), and that was much better. He started to enjoy it quite a bit. Logan was unafraid, really enjoyed it, and hung in there like a trooper!

At some point mid-tour, we stopped at this gorgeous view of Coldstream valley below, and snapped a bunch of pics. Here's the first few, I'll post more in the next post. :)
Posted by Mama Bree at 2:42 PM