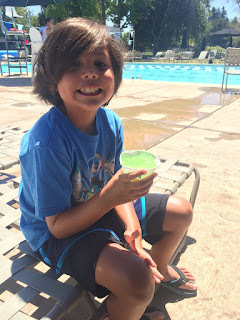 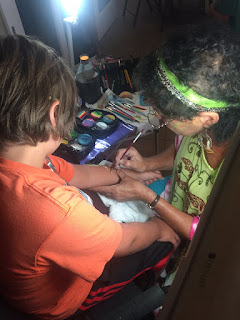 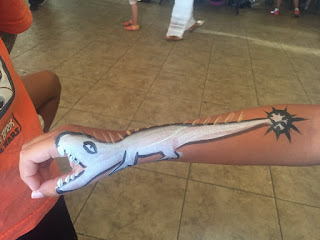 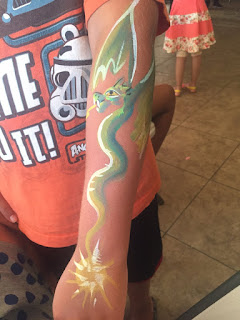 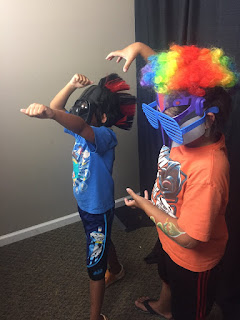 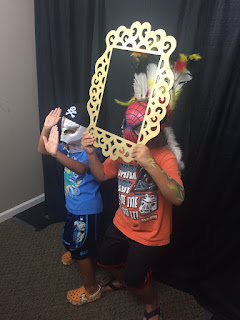 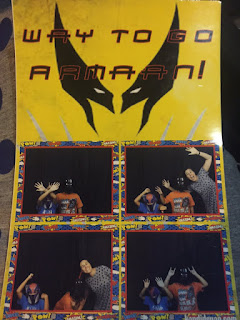 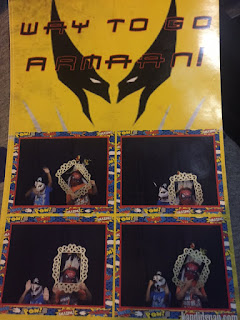 Yesterday was a big party day for us! We headed to our local Rec center where one of Logan's friends was having his 9th Birthday party - complete with huge water balloon fights, snow cones, delicious food and tons of swimming! The weather was crazy hot (yesterday *and* today) so between running around for 3 hours at the party and the unbearable heat, we were pretty tired.

But! We had another party to head to later in the afternoon! So we went home to chill for an hour or so and then headed back out, this time to a town in the East Bay (about an hour drive away! So the boys snoozed most of the way), where a fellow cancer family held their end of treatment party for their son Armaan, who just finished up his long haul about a month ago. We met them a few years ago thru Camp Okizu, and Armaan's mom and I have kept in touch through the years - and whenever possible, we schedule our Camp Okizu trips on the same weekends. Armaan is in between Logan and Callum, age wise, so the three get along great (Armaan has two younger siblings as well).

Anyway, we had a really nice time celebrating such a special milestone with their family and friends. The boys got their arms painted by the face painting lady, and took a ton of pictures in the picture booth. The photos themselves didn't come out very well, but I had captured a few "behind the scenes" ones that I thought were pretty fun. :)

We didn't get home until super late because the party went late and there was still a long drive home, but I'm glad we went and supported such a wonderful family!! What an amazing and fun filled day it was!! :)
Posted by Mama Bree at 9:42 PM