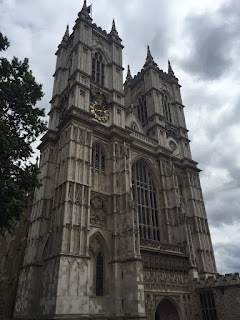 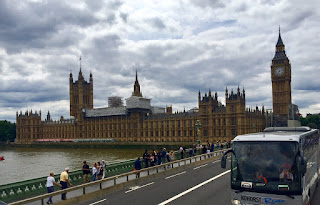 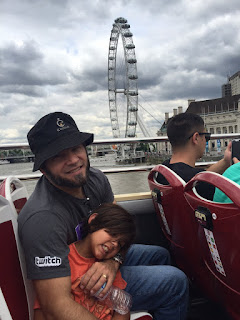 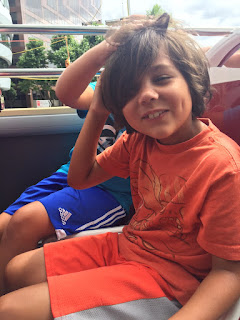 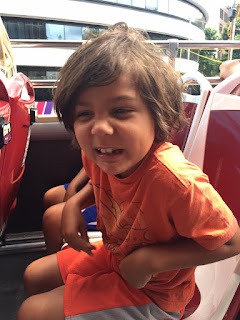 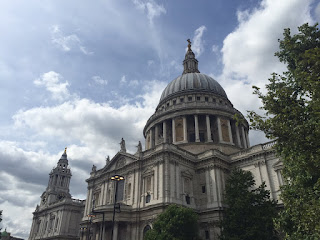 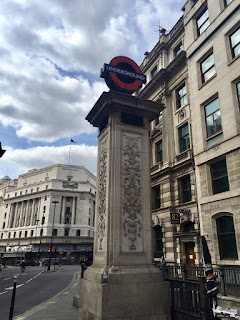 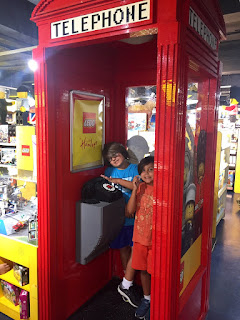 Today was a "let's see and do whatever we feel like" sightseeing kind of day.

Which I guess was a good thing we didn't have anything crazy planned because.... yes! You guessed it, we had another accident to start us off! (I think this is like 3 in 4 days, right?!?)

We all slept in this morning since we didn't have anywhere special to be, but finally decided we better get up and see the town! We were getting dressed, and Jon decided to head downstairs to check on the boys' progress. Guess what doesn't work well? Socks on painted tiny British stairs! 😱 He slipped on the last step and landed badly on his foot/toes. He said he was fine but I had him take some Aleve anyway. Later in the day he started limping a bit, since his foot was becoming more and more sore, the longer we stayed out. When we got home, he took his shoes/socks off and sure enough, a couple of his toes were a lovely purply bruised color. 😢

Anyway - no accident has stopped us yet!! So we headed out in the morning, stopped off at a cute little British Cafe for a yummy brunch (see my previous post), then found our way to the Bremont boutique so that Jon could geek out for a bit with the folks in there (he loves their watches - we both have them) 👍🏼

After the Bremont shop, we boarded one of the sightseeing double decker buses to get a break from walking, and enjoy the history of the city. But after about an hour or so, the boys were getting super restless and bored - so I suggested we get off early and ride the tube to our next stop, Hamleys, a toy store for the kids to geek out at! 😉
Posted by Mama Bree at 2:27 PM