After a morning of chemo, a good dose of Mama's cinnamon toast is in order!

For those of you who've been following via my previously posted schedule (*cough* Dad *cough*), you were probably wondering why our appointment was for today, when the previous schedule I posted showed we were going in on Sunday.

Technically, Sunday WAS our Day 8, and the protocol we're under says Day 8 requires those treatments (outlined in the schedule).  However, the protocol does allow some flexibility, within a day - so we moved out the treatments to Mondays.  Some of the other medications will remain on the same previously scheduled days however.

And, because we were at the out patient center and he was under, we had them do a dressing change and cap change of his line - which means I've now shifted our remaining cap changes on the schedule too.  Just another thing we'll have to get used to - some of our scheduled dates/appointments will move around a little over time.  And that is okay. 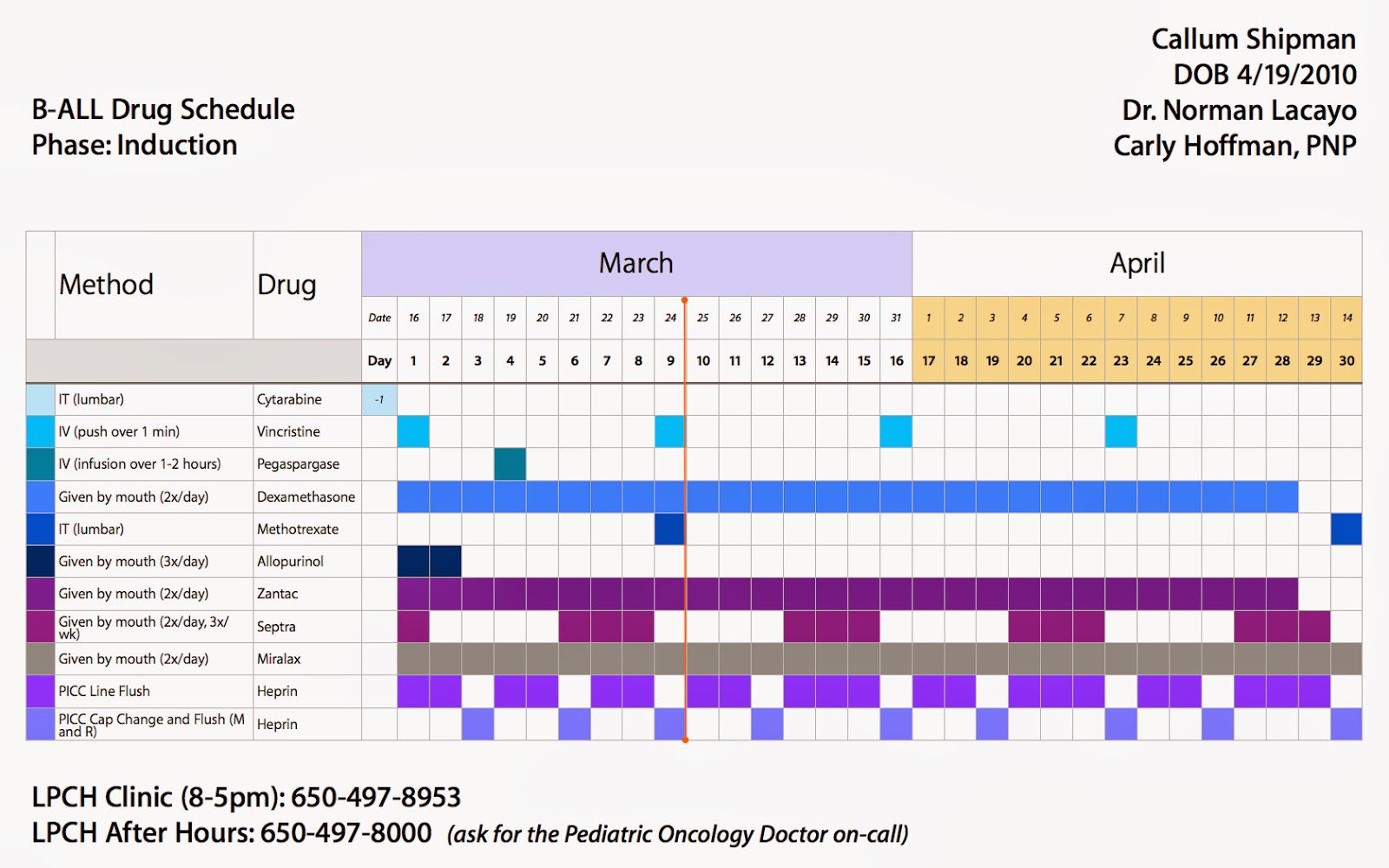 Even though we had to wake up super early this morning for Callum's procedure, we had a really great morning.  Callum was not happy (again) to be back at the hospital, but he tolerated it.  And, thankfully, our anesthesiologist recognized his anxiety and gave him something to calm him down before we went into the procedure room.

I handled it a lot better this time, by not falling apart the minute he knocked out.  But this was the first time for Jon and it was a little harder on him.  :(   I knew what that felt like of course, so it was good that we were together, I think.

His procedure went great!  We waited maybe 15 minutes or so, and then were brought back into recovery to hang out with Callum while he woke up.  During that time, we had a chance to meet "our team" - the assigned oncologist and nurse who we will get to know very well over the next 3-ish years.  They were thoroughly impressed with my charts and schedules (some of the nurses were asking me if I could send them copies - ha!) and our doctor seemed to shrug - you two seem to have it under control!

Overall, they said his numbers looked good (and as expected).  His hemoglobin was down a bit today - he doesn't yet need a transfusion but we're supposed to watch him over the next couple of days and let them know if we think he's becoming too lethargic or pale (signs his counts are dropping and we'd need to come in for another blood transfusion).  His platelets, however, looked great.  And, he is still neutropenic so we should continue to remain ever vigilant about all of our hygiene.

Callum asked me throughout the visit, if I could make him cinnamon toast - I promised him we'd whip some up the minute we got home.  And so, that we did! 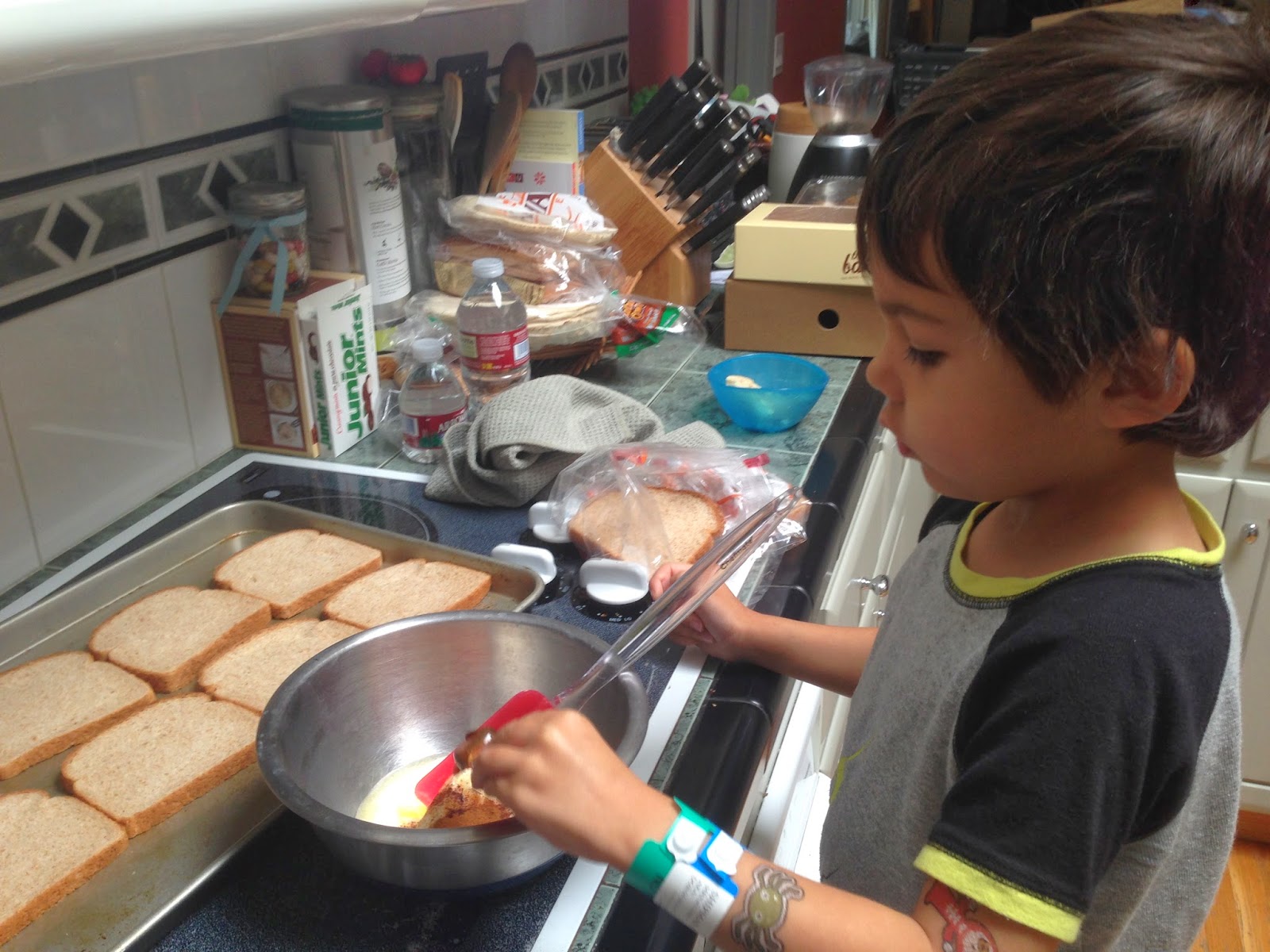 He continues to eat pretty consistently throughout the day - it's just amazing the changes, in a moment's notice, that he'll have both in mood and appetite.  We keep reminding ourselves it's just the steroids talking but it's a little crazy to keep up with.  :) 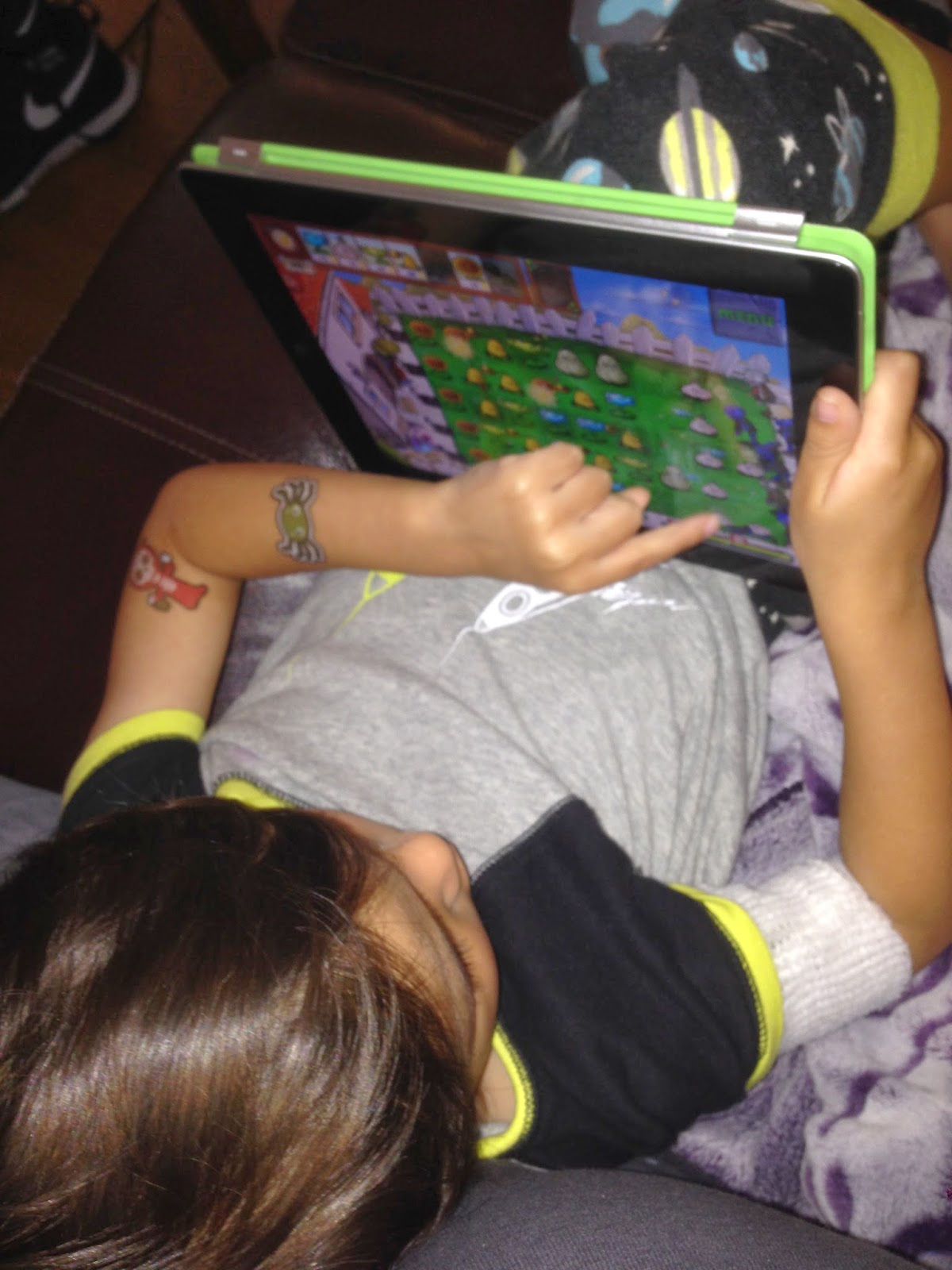 Assuming all continues to go well, we won't be back up until Thursday for our lab work and follow up appointments - we're currently on a twice a week schedule - but if he continues to do great, like our doctor thinks he will, we may knock that down to once a week!  Just amazing!
Posted by Mama Bree at 5:07 PM

Im sure Paul enjoyed that French Toast as well.