Today was a pretty big day - we woke both boys up from their deep slumber, to send Logan off to school and to take Callum to the hospital for his follow up blood draw.

Callum left the house without much of a fuss because he was led to believe we were going to "the coffee shop" again.  And we would be - but I just left out the teeny little fact that we'd make a stop at the lab first.  :/

It was really weird - pulling into the hospital parking, I felt this pit in my stomach.  I think the place did a number on me too, not just our kiddo.  :(   He didn't recognize or realize it was the hospital, until we were walking into the main entrance.  Seeing the interior though, it suddenly dawned on him where we were, and he began to panic a little, telling me he wanted to leave.

All through registration, I worked on keeping him as calm as possible.  Every new person, administrative or nurse or anyone really, he drew away from, grabbed my arm, and whimpered.  By the time registration was done, I had to carry him to the lab, because I was too afraid that he'd high tail it in the opposite direction out of there.

One of the techs drawing Callum's blood was one of the same guys we had every day while in the hospital - he recognized us, and I'm pretty sure Callum recognized him.  That really upset him.  From there it was a matter of how quickly the two techs could work to draw Callum's blood, since he was getting more and more violently upset, panicky and about to crawl the walls (I held him as close to me, and as still as I possibly could, in my lap, while they drew his blood).

As we were walking out of the hospital, through the maze of hallways, he said to me, "I told you I want to leave Mama."

I know Buddy, but we needed to get some more blood for the doctors to look at, to make sure you're all better.

But I am all better.  I want to go to the coffee shop now. 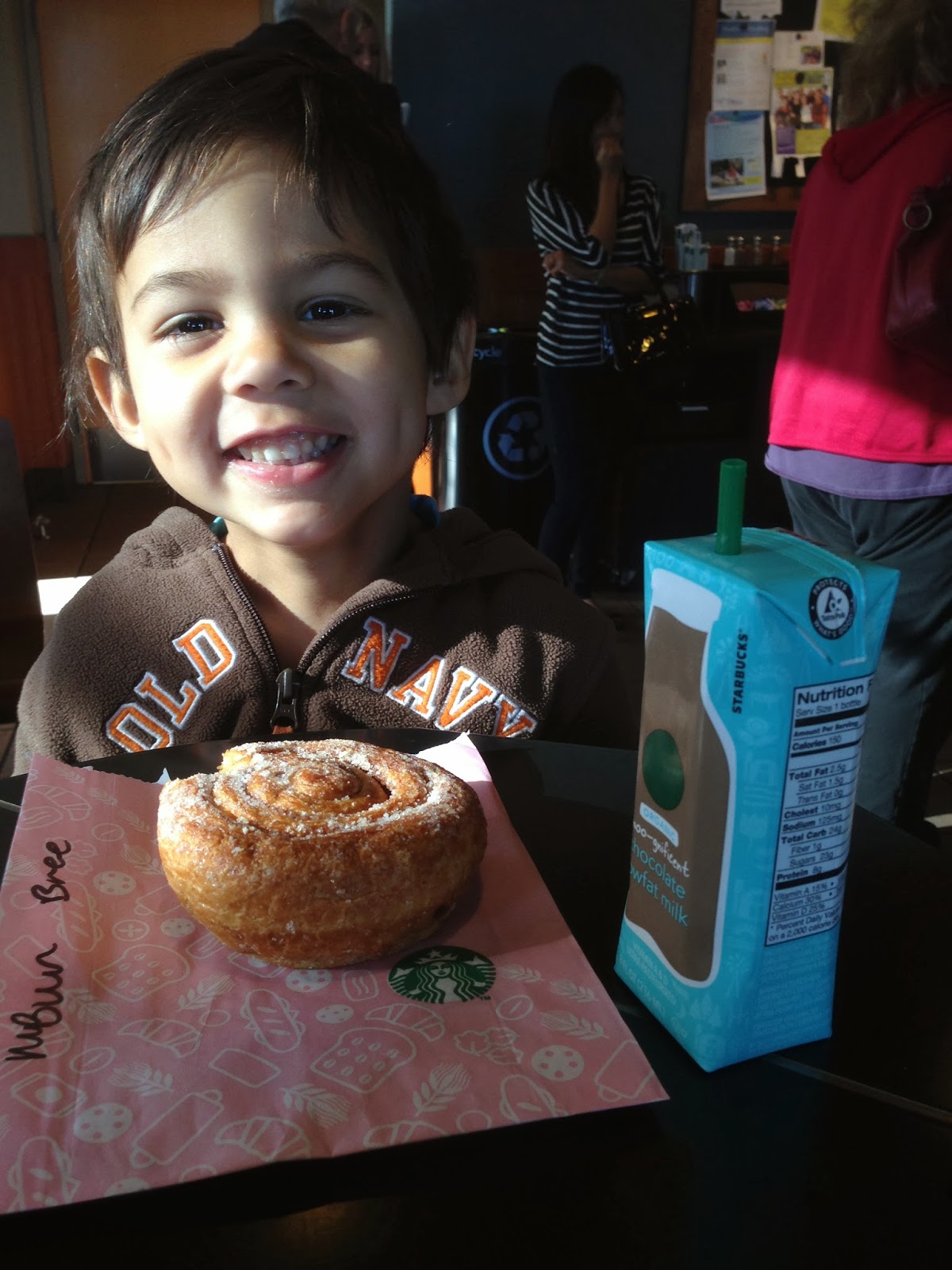 We only spent a few minutes at Starbucks with his chocolate milk and morning bun laid out in front of him before he started getting tired and asked to go home.  I think the anxiety of the hospital visit really took it out of him and he seemed on edge.  :(

The rest of the morning we just lounged around the house again, playing iPad games or watching movies.  I spent most of my time focused on getting him to nibble bites of food here and there, and drinking as much liquid as I could get into him without him bursting.  :)

Our follow up appointment with Dr. Safir was just after lunch - we headed over a bit nervous.  Unfortunately, our lab work provided mixed results.  Callum's platelets have continued to rise which is great.  But his hemoglobin dipped down again and his reticulocyte count was still low.  Also, Dr. Safir spoke directly with the technician who reviewed the blood work - and apparently he saw some abnormal lymphocyte cells, which got Dr. Safir a bit nervous.

He said given the mixed results, he's not feeling as confident as he was earlier, and he thought it was time to see a hematologist.  He thought we would need to go in for a bone marrow biopsy, after all.  We talked a little bit about how he still didn't feel, in his gut, that Callum was battling anything like cancer (specifically, leukemia), but he didn't feel confident that he could rule it out completely.

He asked us to wait a bit longer so he could put in a call to the hematologists at Stanford and consult with them, and ideally get an appointment set up for us as quick as possible.

Stunned is just one of many words I could use for describing how I was feeling.  I think Jon and I were both pretty speechless and scared.  We decided to go outside and let Callum run around the quad while we waited for Dr. Safir's call back into his office.  He absolutely loved playing chase outside with his Daddy.  :) 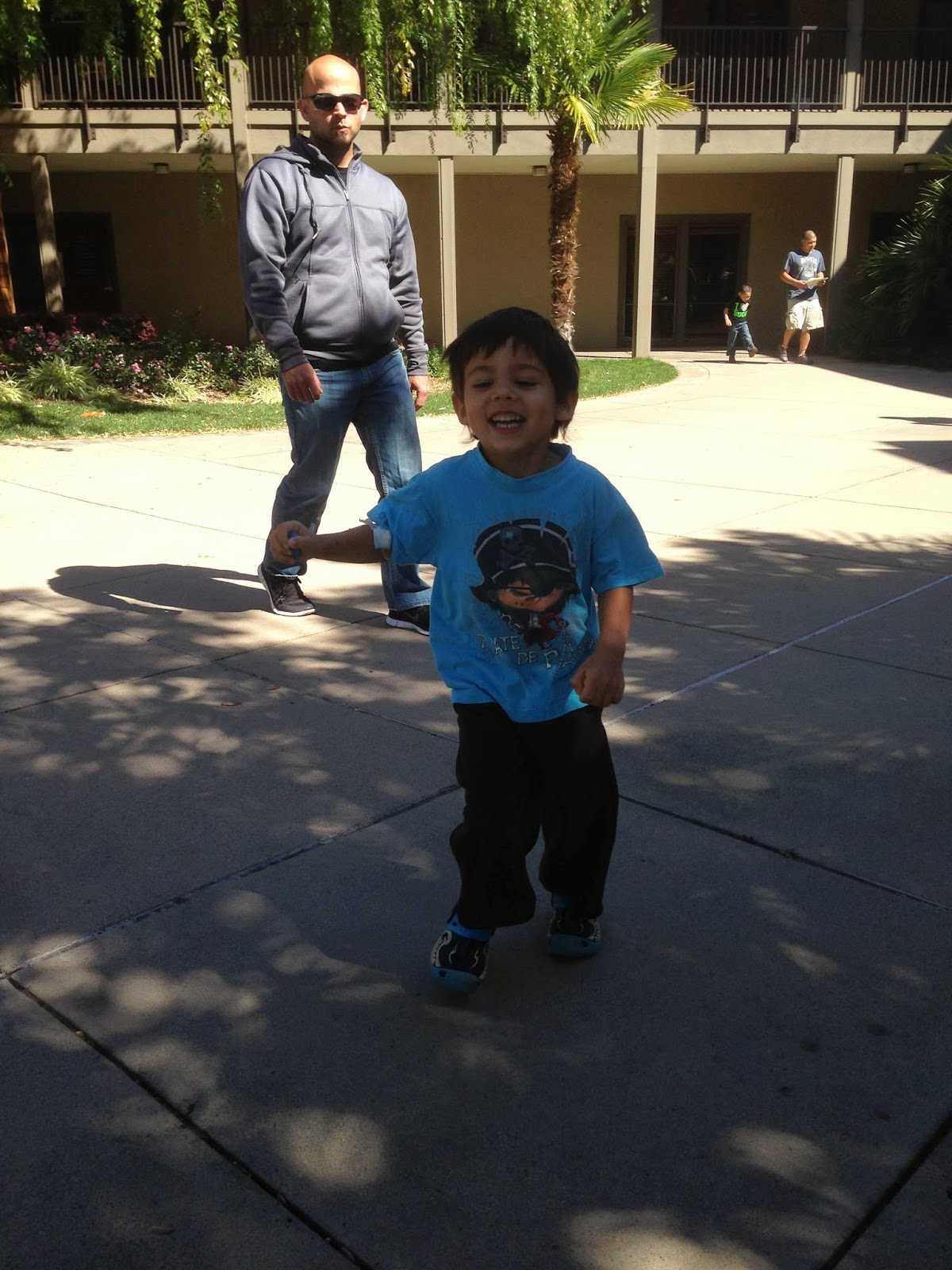 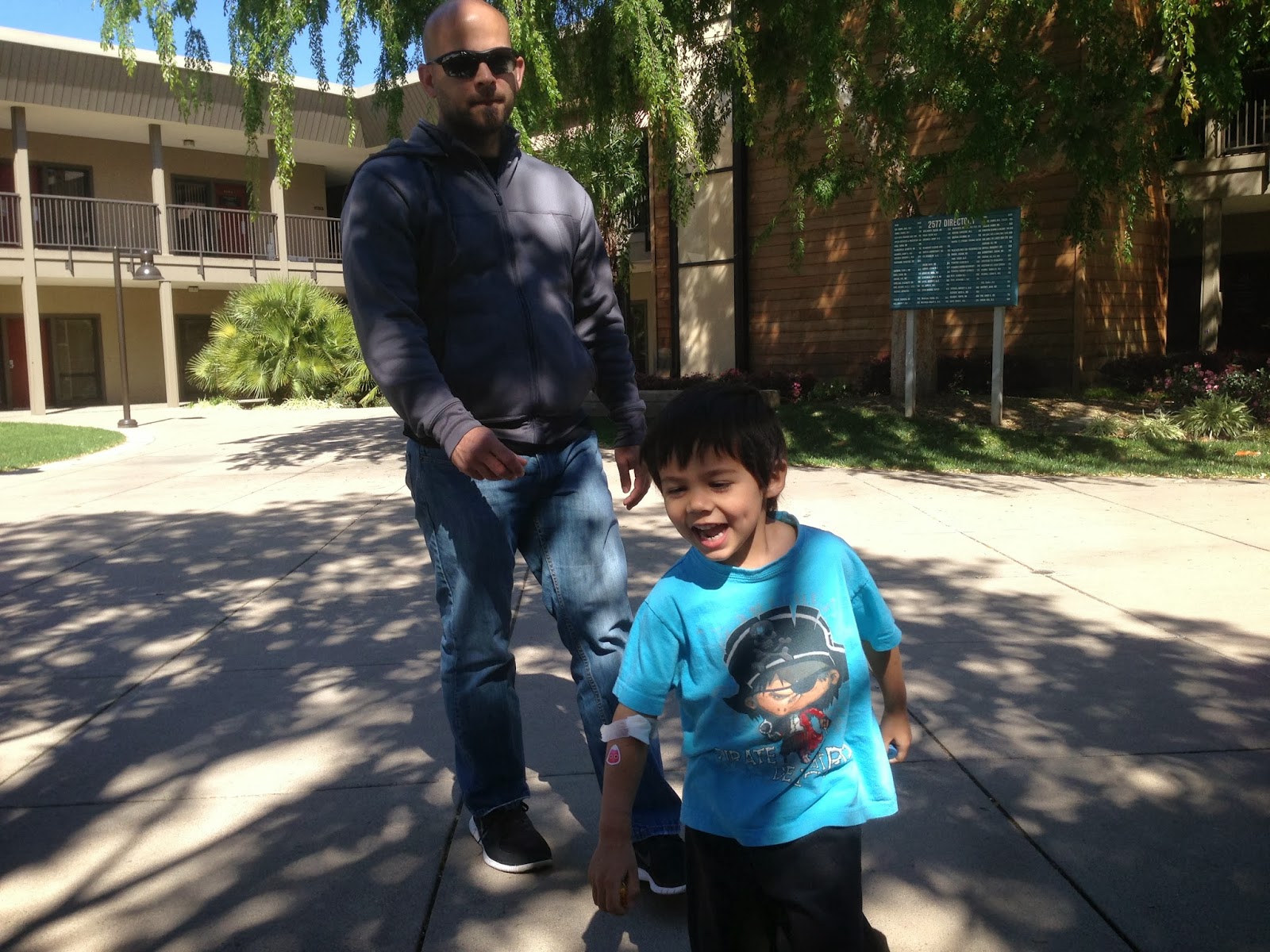 When Dr. Safir called us back in, it turned out he spoke to the on-call oncologist instead.  They reviewed Callum's numbers together and the oncologist felt that this wasn't a case of leukemia, but what everyone has been saying, that it seems Callum was hit by a bad infection and it's just taking time for his body to recover.  He advised not to go the bone marrow biopsy route yet - but start with a hematologist consult instead.

We had a tiny sigh of relief hearing this news, but of course we're still nervous and just want to understand what's going on.

We drove home and essentially just went through the motions around the house (at least I did), waiting for the call from the hematologist's office.  We finally did get a call and are now scheduled to visit (and unfortunately, do another blood draw) tomorrow.

In the meantime, my other fun event to report, is that Callum did have a poop later this evening!  He felt much better afterward, I could tell, so that was great.  But MAN was that chore disgusting. Collecting a stool sample, and trying to make sure not to contaminate anything else at the same time, was actually kind of hard.  And did I mention, disgusting!!?  Blech.

We're pretty exhausted and pretty anxious about tomorrow.  Hopefully we can get a bit of sleep tonight.
Posted by Mama Bree at 10:29 PM