It doesn't seem to be too bad, but I felt a sore throat coming on last night, and some coughing.  Which is not really surprising given how little sleep I've had these last couple of weeks.  But, it's also now scary, and it sucks.

But, there is a silver lining!  Because Logan and I now get to team up with masks together. 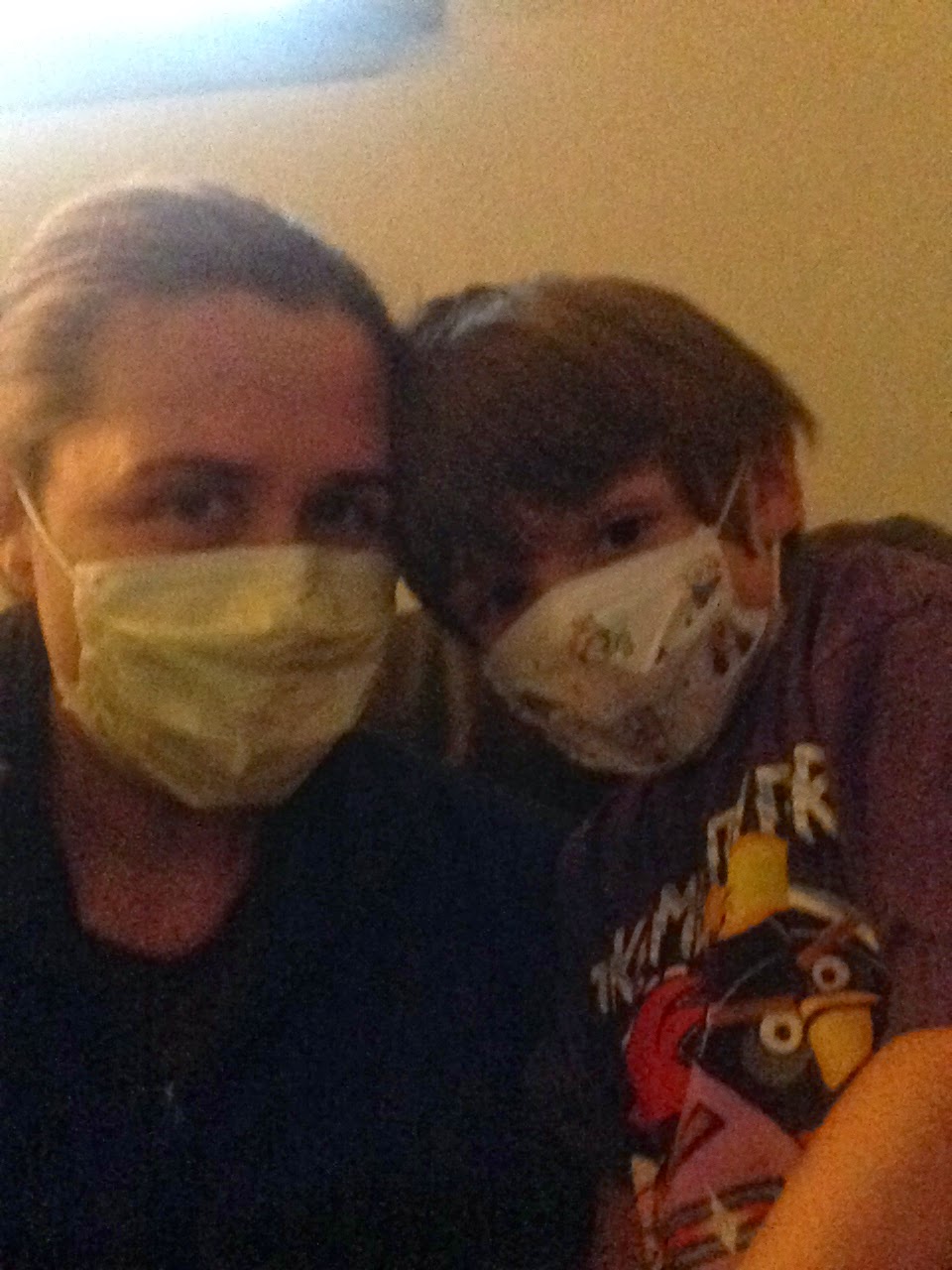 He was very worried that he could get Callum sick on accident, and that Callum could die as a result.  :(  This has allowed me to show him that we all get sick and we'll all be fine.  Callum will be fine.

Paul was a big help to me today - I was able to sleep in a bit and then rest in the bedroom (keeping my germs away from Callum!) for part of the afternoon.  Toward the end of the afternoon, I was feeling better and back in the main part of the house, so Paul took off for a walk.

We both tried convincing Callum he should go too, so that he could get out and get some exercise (side note: the doctors wonder if some of the shaking he's had and still has, is due to muscle atrophy from being in the hospital so long and not exercising like usual).

But he refused.  He said he did NOT want to go outside.

Not five minutes after Paul was gone, Callum called out to his "Grandpa Ito" for help.  I told him he was out for a walk and would be back in a bit.  At which point Callum's (steroid induced hormonal rage) took over and he had a complete meltdown.  Screaming at me that he WANTED. TO. GO. OUTSIDE. MOM!

Which then followed by complete silence, and I found this.  :) 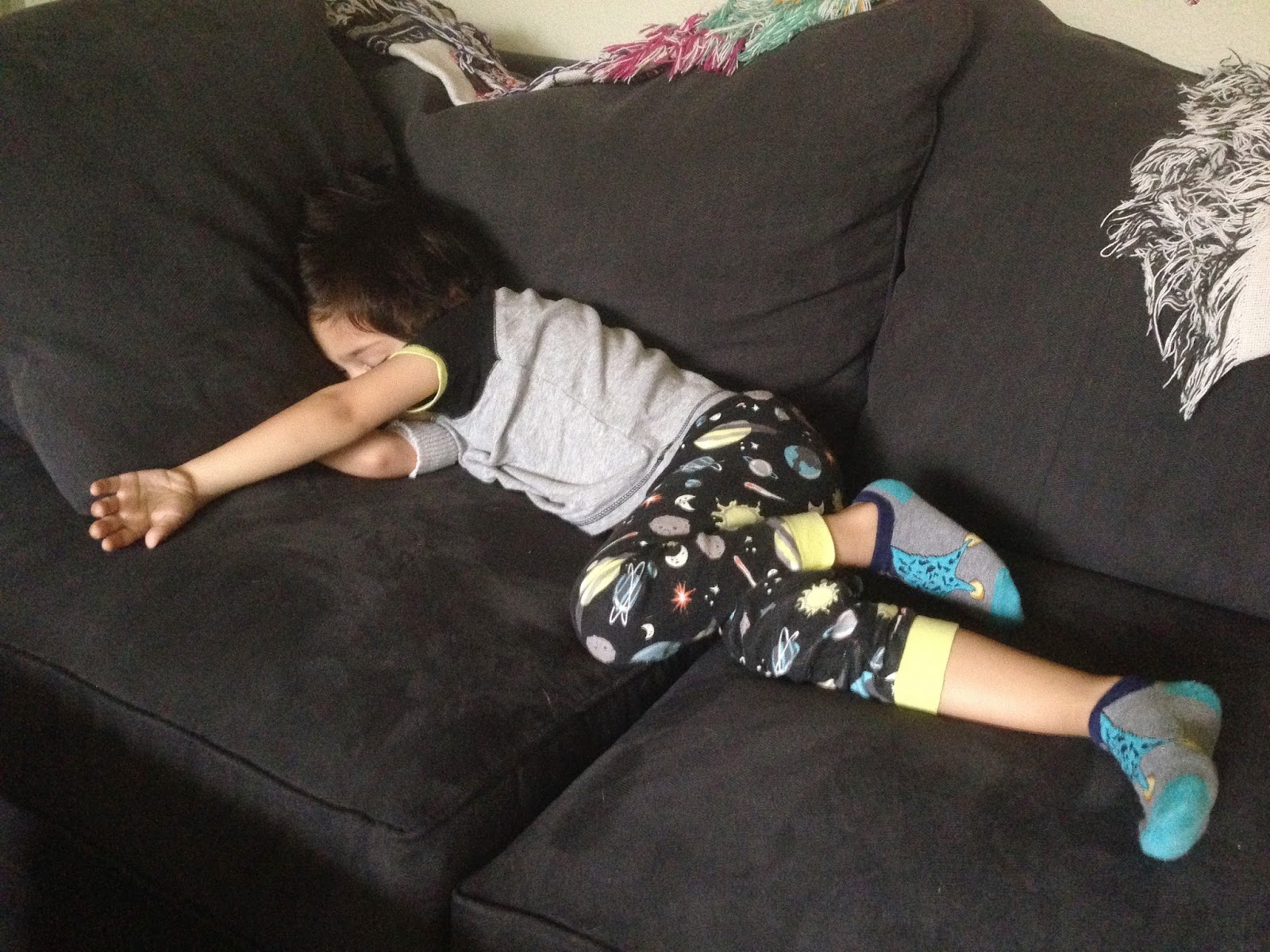 When Logan got home from school, he went out for a bike ride around the block (or three) with Paul, which he's been doing more often lately (and which I'm SO glad he's doing!).  He seemed to have a really great time.

Callum was on his five hundredth plate of (different) food for dinner. ;-)  When all of a sudden he announced to me that he'd like to go outside.  I said fantastic!  Let's go!  He said No Mom, I want to go on a bike ride.  I said really?!?

And so, we were off. We made it about half way around the block before his tired little legs tuckered out and he wanted me to carry him - and his bike - home.

A doctor friend of mine told me when she washes her hands, she sings the alphabet song and that's about 30 seconds. I do that now too and it's so much easier than counting! Sing twice to get 60 seconds?

We'll have to try it! The doctors have told us to sing Happy Birthday - but Logan actually likes counting better. Go figure! :)