Introducing new members of our family

We've been discussing various options to change up our current car situation for a few months.  My Matrix has been getting smaller and smaller (as the boys get bigger and bigger), so Jon suggested we sell it, and the 4-Runner, for an SUV that I could drive the kiddos around in.  In the end, I veto'd the idea, because I love our 4-Runner and didn't want to get rid of it.  Instead I said, why don't I just keep it and turn it into my main car and we can sell the Matrix (to help subsidize the enormous amounts of gas that the truck guzzles!  hehe)

So, that was the plan.  But, then of course, the shit hit the fan and we decided well, selling the third car probably isn't a good idea right now, since Paul has been using it to get around town (he's been helping in a number of ways, but primarily dropping off and picking Logan up from school, which is TREMENDOUS).

Meanwhile, Jon had continued doing car research.  I suppose he just had that "new car" itch ;-)  and decided, with the tax breaks and gas savings and carpool lane sticker etc., that it was finally time to look into getting an electric car to help with his commute.

And, given everything that's happened with Callum, I couldn't well argue the idea of cutting Jon's commute time down (since he'd get to use the carpool lane to and from work, or hospital, etc. during the weekdays) - that would actually save us quite a bit in time and stress to have him with the family much more.

So, Jon left the house today to get my Matrix washed - and returned with this new member of the family, a Volt! (I have to say, IT. IS. FUGLY. but oh well, whatever, Jon's driving it, not me!)  ;-) 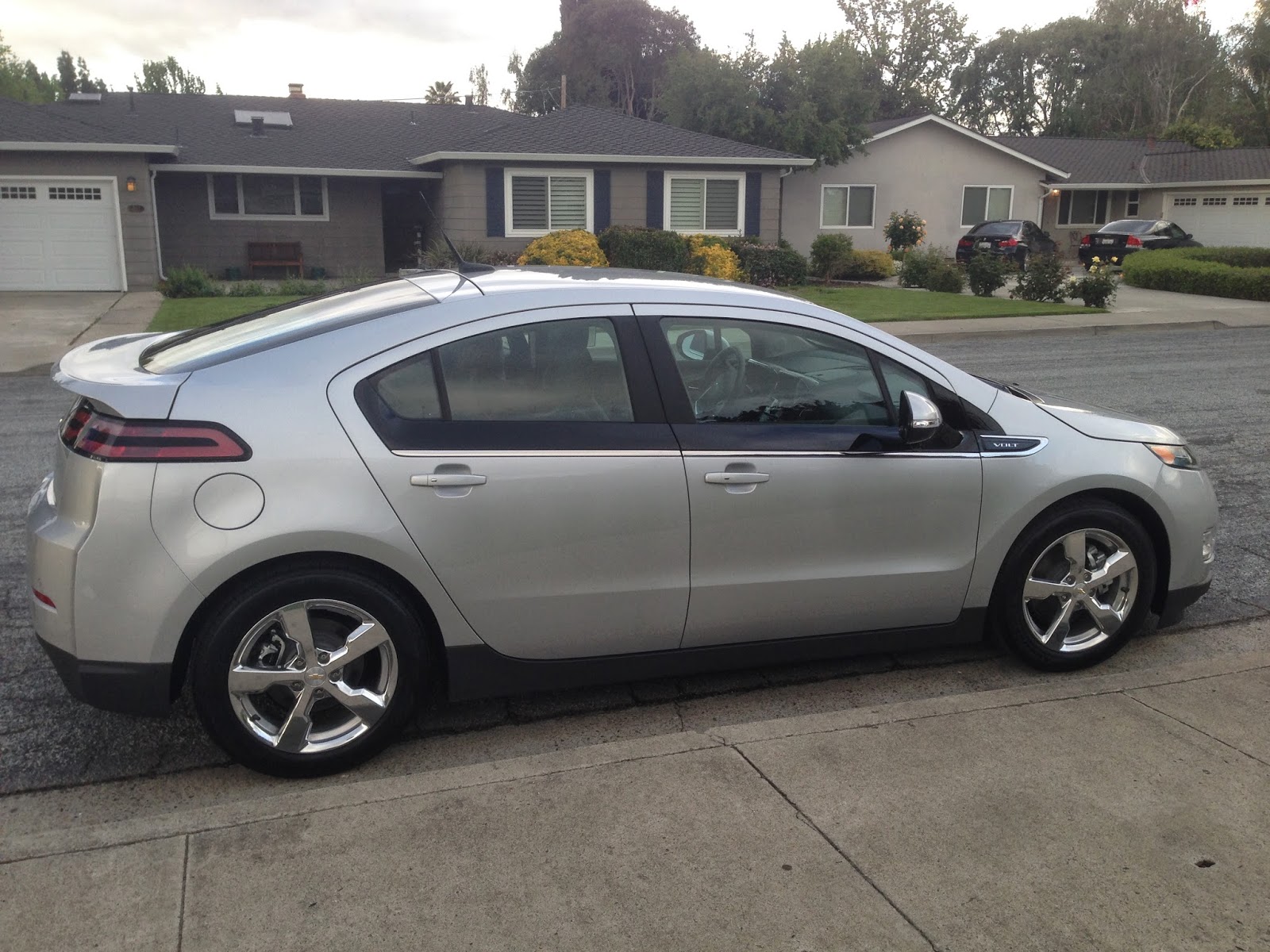 The OTHER new family member was actually a little guy I picked up during our last hospital visit - whom the boys have named George.  And, he will get dropped off at Callum's school tomorrow morning on Jon's way into work. 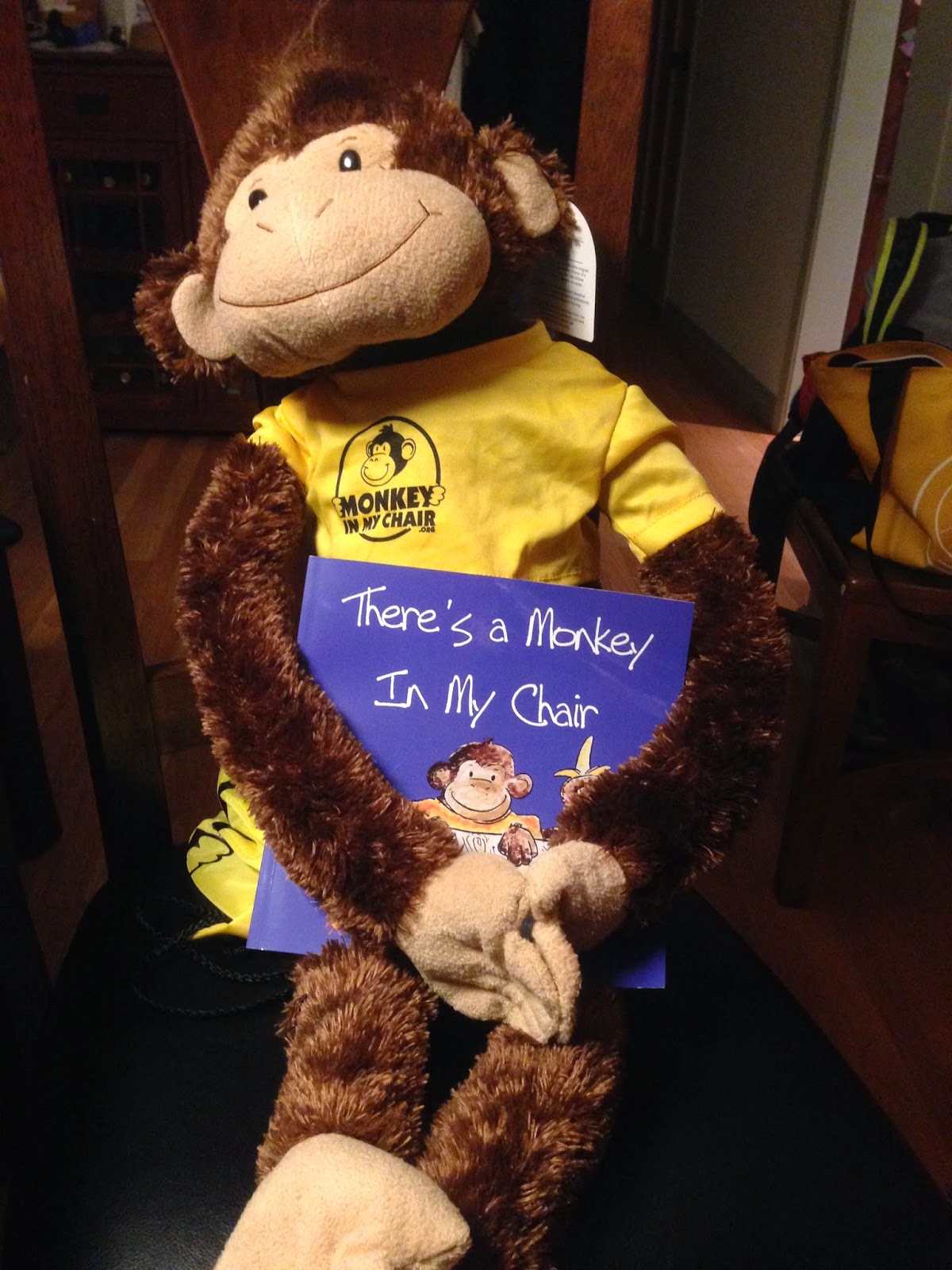 The "Monkey in my Chair" program is a fantastic program for pre-school and elementary school aged children diagnosed with cancer, who are torn away from school, often for long periods of time.  They miss their friends at school and certainly, their friends miss them.

Our social worker talked to me about the program, and because Callum is in a more structured pre-school, we thought it might work for him.  I thought it was a fabulous idea - because Callum really does miss his friends quite a bit.  And, his friends (and their moms) have been doing lots of fun stuff so far like taking videos of them at school or home to say Hi - which just beams the biggest smile on Callum's face anytime he watches the videos (over and over and over...).  ;-)

George, this (actually quite big) stuffed monkey, will act in Callum's place, whenever Callum is away from school.  And, his friends can send pictures back home via George (who has a backpack, and a photo album to put pictures in, and a notebook to write notes in, etc.!) who can pass those onto Callum.  Likewise, George's backpack has a little book for Callum's teachers to read to his classmates, to explain why he's not there (as well as a teacher's booklet, to help them explain to the kids, and other parents, what's going on...).

I can't praise this program enough - and we haven't even started!  But it's such a wonderful idea.  We even have a "Little George" stuffed monkey who stays home, for Callum to hang onto each day.  :)

I mentioned Logan had his first sleepover with Robert and Connor last night - it went well for his first time and he wants to try another again soon.  :)

As they were all driving to lunch (and then the movies) earlier today, Kim and Jenn texted me to hold a FaceTime call because Logan wanted to say hi to Callum before they ate.  So, we did - but the minute Logan mentioned they were off to see a movie, Callum broke out into the biggest tears ever.  I didn't realize at the time, that's where they were going and/or to warn Kim and Jenn ahead of time - but sadly, Callum has been feeling a bit left out (also!) because Logan has been having a terrific time on playdates and movie outings, without him.  So, I quickly ended the call and worked on calming Callum back down.  :(

Not too long after, Jenn texted me to let me know that Logan no longer wanted to see the movie and wanted to come home - he was done and they'd be dropping him off.  We weren't quite sure what had happened - and he wouldn't talk to me about it when he first got home.  BUT.  Later in the afternoon, when it was just the two of us (out at the nearby church parking lot, practicing his bike riding), he finally confessed to me why he backed out of the movie outing.

Me: How come you didn't want to go to the movies today buddy?

Logan: Because it wasn't fair that Callum couldn't go too.  I'd like to wait and see it with him instead.

I couldn't help but get a bit choked up over that.  I hugged him tight and thanked him for being such an awesome brother.

And finally, a fun pic from this evening.  I looked over and saw this, so I suggested to Jon that he lay Callum down for the night.  He said to me (without looking up), "Yeah, just a minute.  We're working on passing this level."   HAAAAA!!! 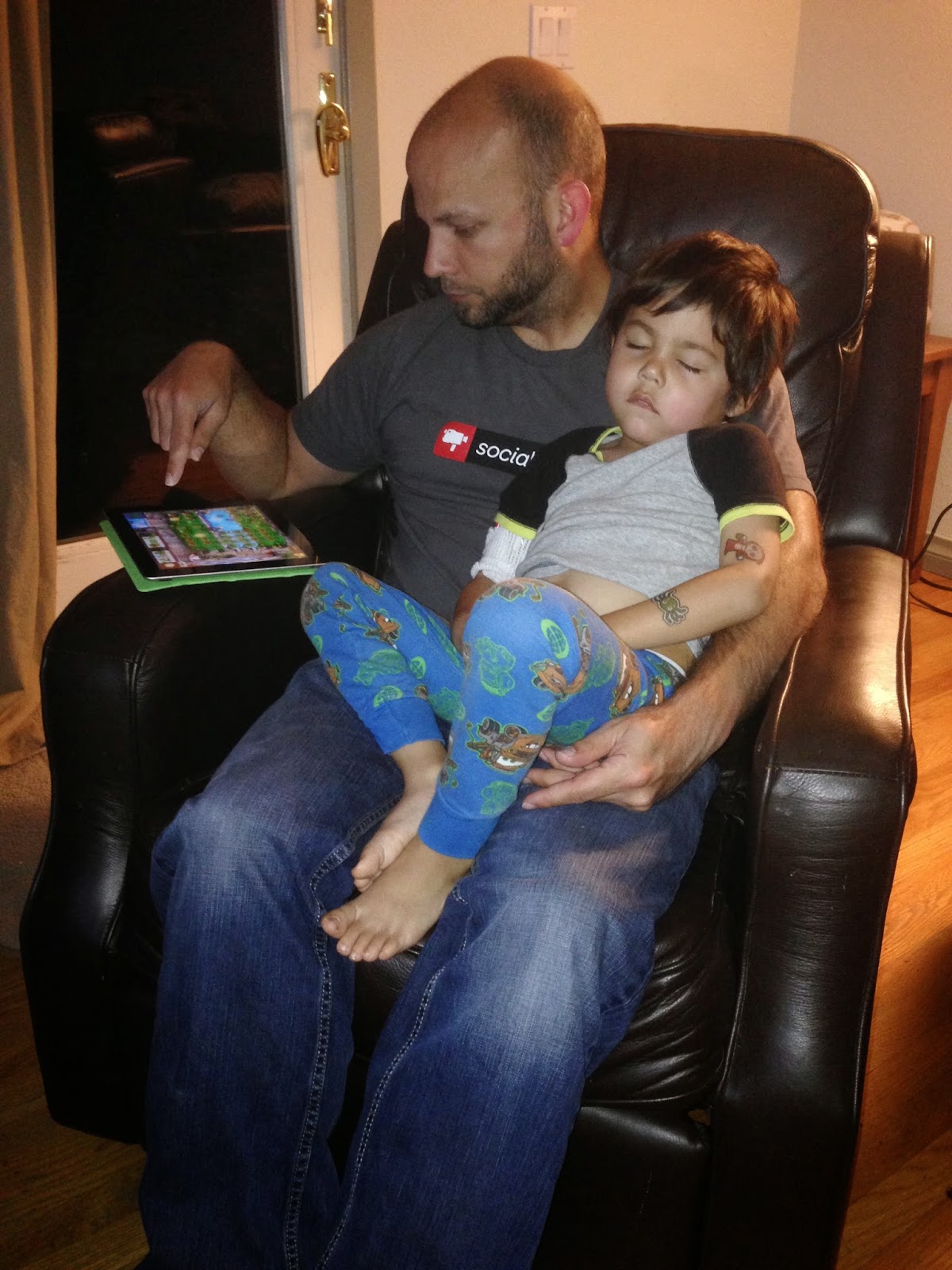 What a wonderful big brother!!